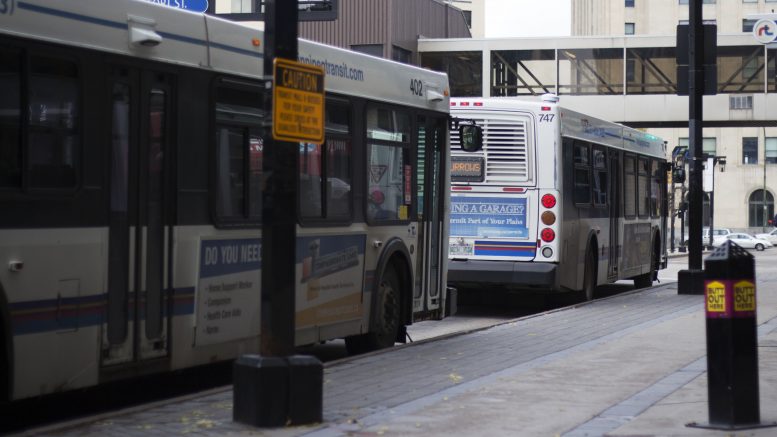 We need to talk about Winnipeg Transit, untraditionally.

Often, the reasons motivating discussions on funding public transit has to do with broadly inter-city concerns. One such example is that an efficient, accessible, and universal public transportation network is a necessary public good in any major urban centre. A means of connecting large cities into smaller parts made traversable by discrete transit networks, public transit allows for all denizens to engage with their entire city. Between cities, then, there exists a question concerning the quality level of one’s public transit which acts as a quantifier for a city’s status as an attractive, competitive urban centre.

Bracket these concerns. What has been missing from the broader conversation so far is one crucial fact: that public transit allows for low-income residents to remain mobile within their city.

More importantly, universal and accessible transit is necessary for low-income individuals to remain mobile in their daily lives: to go to the grocery store, get to their job – or, more likely, jobs – make it to university, visit a recreational centre, check in on their family, and so on.

In its most recent budget, the Manitoban government ended the practice of matching municipal spending on certain elements of public transit on a 50/50 basis. This is part of the less Progressive, more Conservative agenda of the provincial government to reduce spending in order to settle debts. That is, cut back on material benefits for the sake of abstract credit gains.

The province has justified its cuts by claiming high debt levels are costing Manitobans now and into the future at the expense of productive investment of public funds. But reducing money flows into public transit by ceasing to match municipal spending – while simultaneously failing to commit to increasing provincial grants with the rate of inflation – has that very same effect: it costs Manitobans now and into the future, not only at the expense of, but by direct cause of, the government refusing to productively invest public funds.

Of course, public funding need not be made the financial bogeyman. Public services may remain well run – by consequence of being well funded – while debt is tackled. The ideology of the provincial government conveniently obfuscates this fact by denying a simple possibility: raising taxes.

The province, like the municipal government, seems to have a preference for continuing the neoliberal trend of transforming public services into commodities funded by user fees. While the former pontificates on the benefit of health-care premiums, city councillors have taken to mulling over the prospect of hiking transit fares above increases planned prior. In both cases, the government officials have de facto refused to seriously consider the prospects of developing the pre-existing Manitoban progressive taxation scheme, even as it misses the money bags before its very eyes.

Currently, rates of taxation for personal income hit the ceiling before salaries even hit six digits, specifically at 17.4 per cent for an annual income of $69,000 and above. Proportionally, then, tax contributions allow the wealthiest among us to spurn the efforts of the taxman whilst, in theory, even people making zero dollars annually are still subject to a rate of taxation at 10.8 per cent.

Meanwhile, the corporate tax rate in Manitoba is mostly a flat 12 per cent. This includes exemptions in the form of breaks for small corporations but not increases for juggernaut conglomerates that take up business in the province and reap massive profits. On the municipal side of things, the city has shelved raising property taxes above a previously planned 2.3 per cent increase. Winnipeg mayor Brian Bowman has explicitly stated that, in the face of funding cuts to Winnipeg Transit, he does not want to – so presumably will not – keep its financial operations stable by raising taxes.

Governments are only truly democratic for the middle- and upper-classes that have the finances to back their politics. This is an economic incentive structure for governments to kowtow to monied classes, one opened up by the fact that money provides points of access to politics proper, or the practice of governing through the state. Stratified segments of the population who can afford to be democratically engaged possess a disposable income, which allows particular people to fill their spare time not only with leisurely hobbies but the business of dressing up and participating in formal politics.

The middle- and upper-classes do not want to pay higher taxes, raises which could support an acceptable standard of public transit. Simultaneously, funding cuts eat away at the present standard, while possible action to improve or barely maintain the status quo are explained away as a political impossibility due to the sway of the  self-identified “taxpayer” class – all at the expense of the economically and thus politically disenfranchised. Importantly, this is the class of “taxpayers” who are both of sufficient economic standing – middle-class – and whose political capital consists at least in part of utilizing the “taxpayer” mantle as justification for lowering their own tax burden.

“Taxpayer” is the operative political construction here. It is weaponized by a large portion of the voting population as a means of getting the attention of various levels of government when it comes to the latter’s respective tax purviews. Governments further take this self-interest as premise and conclusion when making funding decisions. Accordingly, the refusal of governments to implement heavier rates of taxation on the wealthy is the function of an ideology built off of safeguarding the interests of political blocs of society whose power stems from their money.

Framing the debate on Winnipeg Transit around urban competition, as popular discourse does, and taxes, as our municipality has, obfuscates the economic reality of the times.  Defunding public transit constitutes a structural attack on the dispossessed, subtle but real.