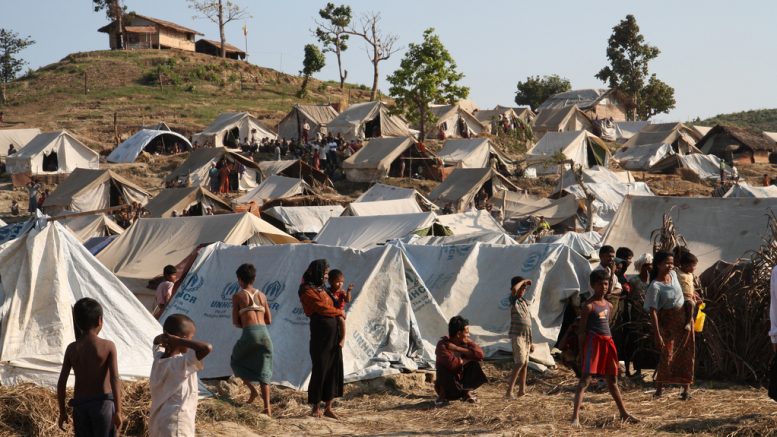 The Rohingya are often described as “one of the world’s most persecuted minorities.” Photo by The Foreign and Commonwealth Office.

The funds will be donated to Islamic Relief Canada’s Myanmar Emergency Appeal fund, which aims to provide funding for urgent medical attention and emergency assistance to those fleeing violence in Myanmar.

Myanmar: a quick overview of the Rohingya crisis

The Rohingya – described as “one of the world’s most persecuted minorities” – are an ethnic Muslim minority who have lived for centuries in Buddhist-majority Myanmar, also known as Burma.

A citizenship law passed in 1982 had the effect of rendering most of the Rohingya stateless. The government of Myanmar does not consider the Rohingya as one of the country’s 135 official ethnic groups, but rather illegal immigrants from neighbouring Bangladesh.

The Rohingya people’s rights have continued to be restricted, including their right to study, work, travel, marry, practice their religion, vote, own land or property, access certain professions, and receive health services.

Currently, the majority of the approximately 1 million Rohingya living in Myanmar reside in coastal state of Rakhine, which borders Bangledesh.

A number of military crackdowns in Rakhine have forced hundreds of thousands of Rohingya to flee to neighbouring Southeast Asian countries over the past decades.

These crackdowns have been accompanied by reports of rape, torture, arson, and murder of the Rohingya – allegations which the government of Myanmar denies.

Renewed violence against the Rohingya was sparked in late August after police posts and an army base were attacked in Rakhine by armed men from the Arakan Rohingya Solidarity Army, killing 12 security force members. This resulted in clashes and a violent military crackdown taking place over the past month.

An estimated 436,000 people have fled across the border into Bangladesh, bringing with them reports of massacres and systematic torching of villages throughout Rakhine by the Myanmar army.

United Nations High Commissioner for Refugees Filippo Grandi said Sunday that Bangladesh is in need of “massive international assistance,” to accommodate the hundreds of thousands of Rohingya refugees now within its borders.

Aung San Suu Kyi has been criticized for her failure to condemn the indiscriminate force used by troops, and has been urged to stand up for the rights of 1 million Rohingya in Myanmar.

Last week, Trudeau  sent a letter to the state counsellor, urging her to condemn the violence against the Rohingya.

“Since the news became very big, it was on the team’s mind to do something,” he said. “Until Abdul Ahad actually approached me, as a president, and he was like: ‘Yazan, Islamic Relief are collecting, so let’s do it.’ Next day, we announced it and we just started collecting.”

The fundraiser was announced at the beginning of the term, and ended Friday. Announcements were made through MSA’s social media accounts and the MSA mosque, located in the basement of the E3 building adjacent to University Centre.

Funds were raised through donation boxes set up in the mosque. Additionally, revenue from tickets sold for MSA’s back-to-school barbecue were put towards the fundraising effort.

“The idea of our barbecue was: every ticket that we sold towards the barbecue, the money would actually be donated as well. And we’ve had over 200 people come out,” said Hammad. 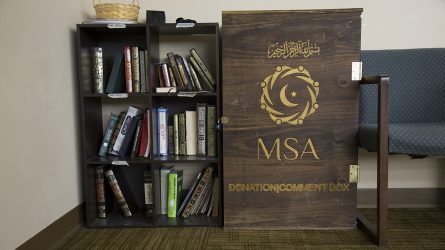 Speaking on the importance of the fundraiser, Ahad said “It’s not just about being a Muslim, it’s about being a human being at the end of the day.”

“It doesn’t make any sense to oppress a people,” he said.

In addition to raising money for the cause, Ahad said MSA’s larger goal through their fundraiser was raising awareness on campus of plight of the Rohingya.

“Awareness is much more important because a lot of people are not actually aware of what is actually happening,” he said. “And even if they are aware, they don’t know actually the details of it.”

“I think on campus, through our small Muslim community on campus, we’ve done a pretty good job,” Hammad added.

Hammad expressed his hope that the university work to raise awareness on this issue, as well as his hope of seeing the international community playing a bigger role in helping those in need.

“It should be our role as human beings to do these things without thinking,” he said. “If we see someone being oppressed, we shouldn’t think twice about helping.

“We don’t need pressure for us to help. It should just happen.”

U of M students freeze for a good cause