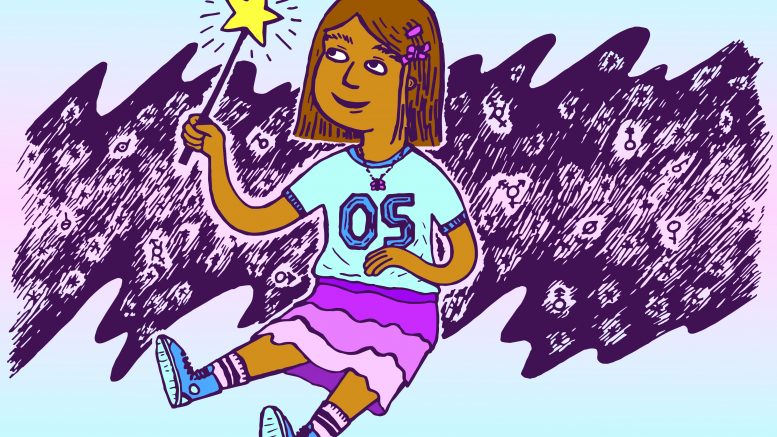 Hysterical outburst leapt from the lips of those who label their intellectual opponents “snowflakes’” in times of disagreement when John Lewis, a U.K department store, announced all of its children’s clothes would henceforth be sold with gender neutral labels.

Conservatives reacted to the move with outrage and dismay – as if facing matters of great moral crisis. In this case, visceral reaction is one relating to fears about what is seen as the societal capitulation to political correctness and a widespread loss of common sense, as demonstrated by backlash on Twitter, the words of conservative pundit Piers Morgan, and British member of Parliament Andrew Bridgen.

This story parallels recent debates in Canada concerning changes that are underway in Ontario. As early as 2018, the province may offer gender-neutral birth certificates. One option for implementation is to follow the federal government’s practice for passports, which would allow parents to mark an “X” for non-binary under the sex category instead of the traditional “M” for male or “F” for female.

While lacking the rhetorical pomp and flair of their U.K. counterparts, Canadian conservatism seems to dominate the discourse on this issue:an Angus Reid poll conducted in July found that 58 per cent of Canadians disagree with the changes.

One prominent objection to the Ontario changes is that biologically sexed female representation in clinical studies that influence medical practice are severely lacking.

In this case, the logistical rationale behind such an activist’s protests against labelling an individual’s sex as gender-neutral is somewhat understandable. However, as this logic is one found almost exclusively in the radical feminist blogosphere, it is unlikely that this is the motivating thrust of Canadians’ objections as recorded in the poll.

There are, of course, important differences between the Canadian and British cases. One has to do with the conflation of sex and gender categories on the birth certificates, while the other solely revolves around stereotyping cuts of clothing.

Still, the arguments against both changes share ancestral roots firmly planted in a tradition of bigotry that targets women and the LGBTTQ* community, be it explicit or implicit.

The opposition drumming up conservative blowback against gender-neutrality at large can be summed up by the words of British MP Andrew Bridgen when he took to the airwaves to denounce gender-neutrality in children’s clothing. Bridgen claimed there are fundamental biological facts about gender that innately divvies up boys in one column and girls in the other. He asserted that to deny this was not only out of touch but also uneconomical, saying parents shouldn’t have to waste time “looking to buy a dress for their six-year-old boys.”

Now, if you listen closely, you can nearly hear the whoosh of Bridgen’s words as it zooms past the point. Firstly, if we follow Bridgen’s argument, the question of gender biology becomes moot. Even if gender is biological – and there exists serious science that doubts the very notion – this line of thinking concludes that clothes themselves lack a biology and thus any gender.

Further lacking an intellectually robust account that can explain the alleged necessity of gendering clothes beyond “parental inconvenience,” Bridgen and those who share his position are the only people in this sad excuse of a debate who are out of touch and lacking common sense. Their comments come at a time when the material risks gender-nonconforming children face have been empirically documented for years.

These same comments show mighty indifference to a serious issue facing gender-nonconforming youth.  I would hazard they are unaccompanied by even a single care in the world for the struggles of the historically marginalized communities whose interests are most at stake in this debate. Not to mention, Bridgen and company’s statements are backed not by any modicum of a reasoned argument but rather their own personal prejudices, those premised on the doubted validity of a way of life at odds with heteronormative standards.

A 2012 article published in Pediatrics, the journal of the American Academy of Pediatrics, found that gender-nonconforming children are at an elevated risk of experiencing physical, sexual, and psychological abuse – and further research finds this is most often at the hands of parents or family friends. Consequently, such children are also at higher risk of developing post-traumatic stress disorder. Importantly, this exists on top of the wealth of data that already shows LGBTTQ* youth are the youth demographic with the highest homelessness rates, bullying rates, harassment rates, and so on.

Note that kids are not making themselves homeless, nor are they abusing themselves by wearing gender-nonspecific clothes. Rather, it is a bigoted society and its disciples of intolerance – those who find themselves raising children who don’t fall perfectly in line with regressive gender norms – that bring violence into those very children’s lives. Allowing even a minor social license for the expression of gender-neutrality may go a long way in validating children who are experiencing trauma at the hands of the two-gender-model mafia.

Indeed, it takes great delusion, little common sense, and a wealth of cruelty to react to the encouragement of gender-neutral dress in children with scoffing derision. Although all too reformist, given remedial actions are focused on the effects rather than sources of oppression, actions taken to encourage a climate of gender expression that transcends a rigidly draconian gender binary are crucial in creating a society that nurtures and protects vulnerable children.

But all things considered, one is hard-pressed to imagine what there is to be lost in a world that encourages freedom of creative expression. I suppose only the traditionalist tyrants who would bar it from existing in the first place.

How to react when a friend comes out