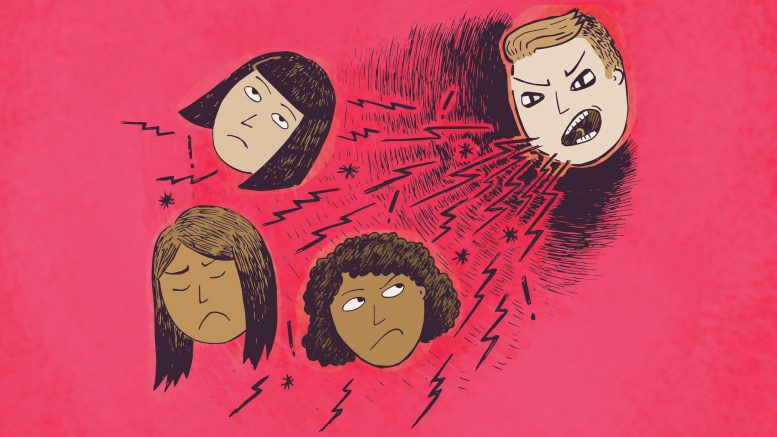 A spectre is haunting Canadian university campuses – the spectre of free speech. All the left powers of Canada have entered into an unholy alliance to exorcise this spectre: postmodernist and protestor, ivory tower academic and cultural Marxist, student radicals and black-clad antifascists.

Or so the Canadian punditocracy would say.

The siren’s horn is being blown from across the political spectrum – but especially from the right – with words of warning on the threat universities allegedly present to freedom of thought and expression.

The argument hinges on a few basic claims: Firstly, that academia is infested by a left-wing hive mind. Secondly, that this hive mind cannot and does not tolerate dissent. Thirdly, that it uses political correctness and critical theory concerning the oppression of marginalized groups as justification for mobilizing protests that shut down debates. Fourthly, that all of this amounts to flat out censorship.

Now, the truth of the first statement is marginal at best. A 2011 analysis of a study conducted in 2000 shows Canadian professors only skew left in small margins; in fact, the Canadian ivory tower is by and large planted at centre in terms of political leanings. But even if it were granted that academics were, as a bloc, raging radical Marxists, it doesn’t give pro-free speech warriors the facts they need to make a cogent argument. Holding left-wing political views does not translate to possessing the institutional power necessary to issue verdicts in favour of censorship on campus.

Quite the contrary: universities are now more than ever administrations first and schools second. This, on top of the increasing trends toward extreme precarity in the academic labour market, cripples the organizing power of faculty and leaves administrations as the powers-that-be at any university.

It is quite obvious that academics are no longer the key-holders to universities. By and large, this leaves administrators as culpable for the charge that universities have abandoned free speech. Yet this claim is just as much a sophism as right-wing overestimations of the left’s ability to control discourse. Rarely do administrations shut down events, and in the cases cited by pro-free speech warriors, events end up cancelled by direct or indirect cause of student protestors.

Importantly, student protestors are not agents of the state. Rather, they are peers of the organizers whose events get shut down. And these events are getting shut down by the protestors’ own use of free speech.

This is where the argument comes apart at the seams. So radicals are removing the public platforms of those with whom they disagree, be it University of Toronto professor Jordan Peterson with his specious gender science and ham-fisted handle on political philosophy; attorney Marie Henein with her legal practice of character assassination for the benefit of men accused of sexual assaulting multiple women; Ann Coulter and her absurd theories of white supremacy built on paranoia and delusion; or Ezra Levant and his rag of a far-right propaganda machine.

The list goes on. Shall we take a closer look?

Peterson uses his voice to dehumanize and delegitimize the queer community. It was socialist organizers, heeding the words of the queer community, who used their voices to deny Peterson the chance to spread his intolerance at Ryerson University in the summer of 2017.

Heinen uses her voice to gaslight and silence women who charge her clients with sexual assault. It was organizers championing the fight against rape culture and sexual violence who used their voices to deny Henein the chance to publicly celebrate her twisted legal tactics at Laurier university in the spring of 2017.

Coulter uses her voice to demonize minorities of all stripes. It was those student minority groups, organized in tandem by the thousands, who used their voices to stop Coulter’s public display of moral bankruptcy in 2010 at the University of Ottawa.

Now, allow me to belabour the glaringly obvious: in each of the cases where these individuals were denied a platform, it was primarily by organizations acting in the interests of those communities who pay the highest price for the speaker’s so-called free speech.

Forcing someone to face the social repercussions of their actions does not amount to censorship. Pro-free speech warriors claim a militant left is censoring their idols, of whom each are depraved either intellectually or socially. What the former fails to recognize is that this so-called censorship is rather an exercise of the community putting limits on what speech is considered acceptable. The wealth of examples free speech warriors point to are by and large incidents in which groups or individuals receive blowback from the consequences of their speech by other groups or individuals exercising their own freedom of expression.

All this talk of free speech misses a fundamental question. Mainly, free speech and the apparent threat it faces is spoken of in the abstract. But what does free speech mean, concretely? Ad nauseam, free speech is said to be threatened. Whose free speech? Who is threatening it? Free speech warriors have a curiously general answer to these questions, one that doesn’t match up with reality.

The real answer is that the free speech of the rich, powerful, and privileged is being challenged by those who are making their claims to actively participate in civil society known. Those who have been historically sidelined from the realm of public debate and discussion are coming forward to let society know that the insidious rhetoric which justified their exclusion is no longer acceptable.

There is no free speech crisis on university campuses, but there is a power struggle – one to seize the means of speaking freely. For most of history, this right was reserved for an elite few. The actions marginalized communities are now taking to lay claim to this right and defend their humanity, integrity, and place in society could only be construed as censorship by the deleteriously ahistorical fanatics of an ideal that has never been actualized.

Free speech, in action, is not free. It never has been. There are conditions and responsibilities attached to the freedom that hinge on the contents of the speech. Speech uttered from the serpentine tongues of nascent bigots is especially not free. The cost is simply exacted upon the communities they spit their vitriol toward.

Quite frankly, the whining and wailing of free speech warriors on this matter is akin to the cries of a toddler who has experienced, for the first time, discipline for being naughty. Free speech does not mean one can say whatever they so please without fear of backlash from – whether they like it or not – their fellow citizens.

Rather, free speech simply means the state will not silence you. This does not mean that the targets of your speech won’t.

The aesthetics of voting