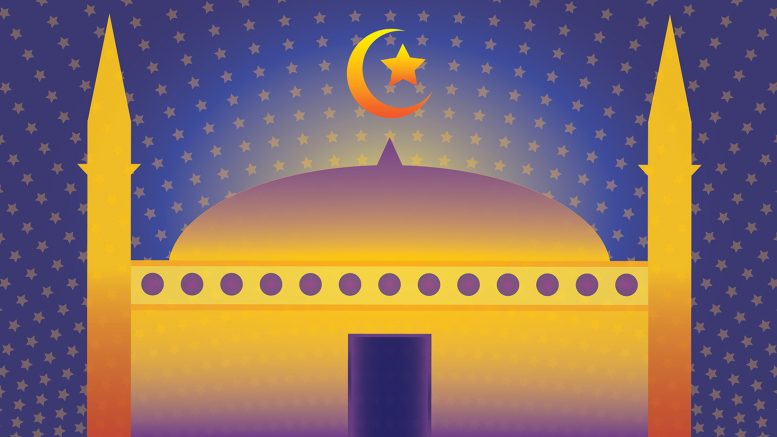 Ramadan is here, and for millions of people around the world, this month in the lunar calendar marks what Muslims believe was the revelation of the Qu’ran to the prophet Muhammad. Many Muslims fast – or abstain from food, drink, smoking, and sex – from sunrise to sunset, which here in Winnipeg translates to about sixteen hours per day. Muslims also attempt to avoid negative behaviours, while aiming to increase their time spent with family and given to charitable causes.

There are over 10,000 Muslims in Winnipeg, and many of them are about halfway through Ramadan right now. While this practice has become second nature to many adult Muslims, if you are on the outside looking in, it might call to mind some questions.

If you’ve been wondering about the practice of Ramadan and Eid al-Fitr (the celebratory end of Ramadan) as a non-Muslim, here’s a basic guide to the “do’s and don’ts” when approaching Ramadan.

This is the most common question every Muslim gets when bringing up fasting to their non-Muslim friends. It’s unbelievably pervasive. While to say that it is annoying would definitely qualify as a negative behaviour, it might be fair to say that the question has been asked enough. So, let me state for the official record: no, not even water. It is possible, even in summer, and even in places like Finland, where the time between sunset and sunrise in summer can last for less than an hour .

More importantly, if it is not possible, an individual is absolutely exempted from fasting. This religious exemption includes, but is not limited to, people with chronic illnesses, pregnant or nursing people, and those who are travelling. So, to recap: not even water, if you are able to do so without negatively affecting your health.

There are so many opportunities in Winnipeg to be a part of Ramadan activities, even if you are not a practicing Muslim. Here on campus, the University of Manitoba’s Muslim Student Association is offering “Ramadan Talks” throughout the entire month, wherein speakers will be on campus exploring various aspects of Ramadan and Islam.

Discourse with people in your life observing Ramadan, as long as it’s respectful and open on both ends, is encouraged. Be wary, however, of simply relying on Google, as Islam is particularly susceptible to websites created by Islamophobic hate groups, many of which use academic language to mask their attempts to spread malignant misinformation. If you are looking for information online about Ramadan, or Islam in general, just keep an eye on what sites you’re using and make sure they’re a reputable source. Pro-tip: the Rebel is not a reputable source.

Don’t: Use Ramadan as an opportunity to bring up your political “hot take”

Especially for a person whose main source of interaction with Muslims is the news, it may seem difficult to separate Ramadan and those practicing it from the heated political climate in much of the Middle East, and its repercussions. This, while frustrating to many Muslims, is a reality. However, the truth is that Ramadan as a holy practice exists completely outside the realm of hate groups, no matter what they claim to believe.

Terrorist groups such as ISIS, despite attaching themselves to Islam, continue to destroy mosques and inspire fear in Muslim-majority countries, even during Ramadan. This flawed association also seems to permeate the views of politicians and authority figures worldwide – just before Ramadan began, U.S. president Donald Trump spoke in Saudi Arabia, placing the monumental responsibility of “driving out terrorists and extremists” on people in the Middle East .

While there is never a “right” time to spread misinformation, Ramadan, which is typically a time of reflection and peace for those practicing it, is absolutely not an appropriate time to force uneducated, controversial, or accusatory political opinions on the Muslims in your life. If your statement starts with “I’m not racist/Islamophobic/xenophobic, but…”, this is most likely not the time to bring it up. This “don’t” relates to the one preceding it: respectful, consensual, educated discourse is usually welcomed with open arms. Like just about any interaction you have with the people around you, respect is key.

Do: Use Ramadan as an opportunity to volunteer!

Volunteering and charity work is a huge aspect of Islam. So huge, in fact, that giving to charity in proportion to your annual income is one of Five Pillars of Islam, or one of the five mandatory aspects of being a Muslim. Even if you’re not practicing Ramadan this year, this month is a great chance to help the many charities in Winnipeg that need volunteers and donations. This year help is especially needed, given the influx of Syrian newcomers to Winnipeg, and institutions such as the Canadian Muslim Women’s Institute, the Manitoba Interfaith Immigration Council, and the Rainbow Resource Centre all offer ways for you to help not only Muslims in our community, but to strengthen our community as a whole.

Some students dissatisfied with security on campus