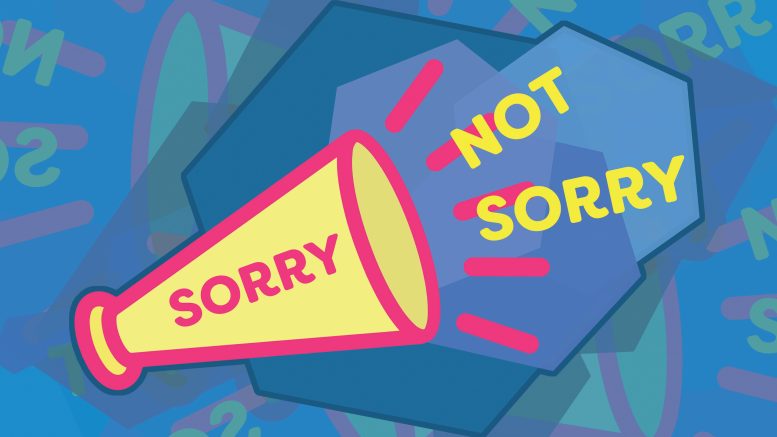 A great deal has been made of the political climate in North America over the last year or so. Throughout the spring and summer of 2016 – by no coincidence coinciding with the lead-up to Trump’s official nomination as the Republican presidential candidate – contemplative, cautionary thinkpieces have sprung up from major publications and broadcast networks such as Time and the Washington Post, bemoaning the current lack of political unity, and even blaming their media peers for finding “conflict more interesting than harmony.”

What articles such as these forget is that public demonstration of grievances and peaceful protests are integral to a democratic government that properly addresses the problems of, and represents the will of, its people.

Considering the U.S narrowly elected a president whose approval rating currently sits at 59 per cent, vocal opposition to those in power shouldn’t be ignored, particularly considering its role as a major force in the current political climate.

Across Canada and the US, protesters have successfully pushed for their message to be heard at political functions as well as on the frontlines with picket signs.

On January 21, as opposed to striving for unity with their new Republican majority and president, protesters in Washington, DC numbering more than one million – joined in solidarity by individuals across the US and worldwide – participated in the historic Women’s March against Trump’s rhetoric around issues like women’s rights, reproductive rights, and his stance on immigration.

Far from promoting divisiveness in politics, coverage of the event seemed to show the event built nothing but unity amongst people standing together in opposition to rhetoric and an agenda so blatantly morally reprehensible, with individuals present stating that their collective intent was to protest “the normalization of racism and misogyny and sexism.”

The same goes for Trudeau’s campaign promises regarding Indigenous issues. During the Liberal government’s town hall tour of Canada in January, two Dalhousie university students stopped the prime minister at a coffee shop to press Trudeau on his commitment to the principles outlined in the United Nations Declaration on the Rights of Indigenous Peoples (UNDRIP) and to obtaining consent for natural resource projects on indigenous land in a surprise video.

While Trudeau responded that he would implement UNDRIP guidelines in Canada, the students – when interviewed about their social media stunt – wasted no time in telling press they believed he had already broken this promise through his approval of Kinder Morgan’s Trans Mountain pipeline.

At a later event on the same tour, the Manitoban covered the disruption of Trudeau’s town hall in Winnipeg by a grassroots group of young protesters who forced a complete halt of the event in order to press Trudeau on the disconnect between his statements and actions concerning his commitments to Indigenous rights.

It’s easy to see Trudeau’s performance under pressure reflected in polls a survey conducted shortly after the tour saw the Liberal leader’s ballot support fall below 40 per cent. While this doesn’t necessarily reflect the effect the aforementioned incidents had on Trudeau’s popularity, young voters’ dissatisfaction with the prime minister became palpably visible on the national stage.

Whether their actions are directly inspired by the public or not remains to be seen, but North American government officials are following in the same footsteps as the public – which is to say, rather, that they’re putting their foot down.

Vocal public protests accompanied  Trump’s infamous travel ban. Following mass mobilization of protestors and immigration lawyers alike, a judge in Seattle filed injunctions against the executive order, and similar injunctions were issued over a second executive order with the same goals as the first. The White House has now filed with the Supreme Court of the United States in the hopes of restoring the ban.

There’s resistance everywhere now. What’s more, it’s working. Radical, outspoken opposition to the status quo should never be viewed as a symptom of a divisive, unhealthy political climate. Instead, it should be seen as the solution. These days, it seems to be the only one we’ve got.

Peaceful protesters must be protected