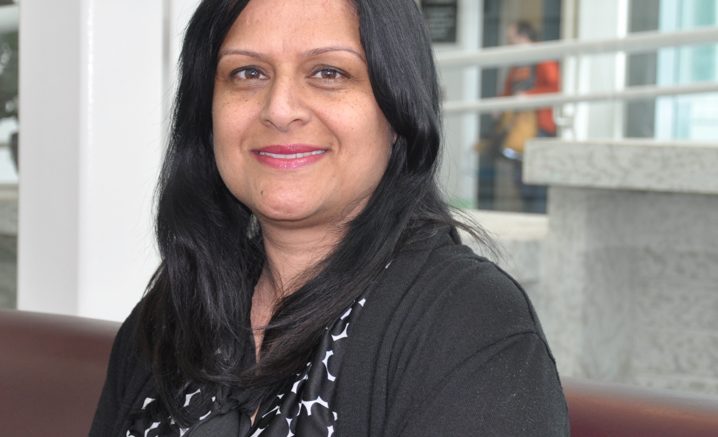 Tuberculosis (TB) has been around since ancient history. Evidence of tuberculosis infection has been found in human remains dated as far back as 9,000 years ago. While it typically affects the lungs, it can infect any part of the body, and common symptoms include a persistent cough and fever. While treatable, tuberculosis remains one of the most prevalent causes of death worldwide – nearly 2 million people died of the disease in 2015 alone.

Mycobacterium tuberculosis, the bacteria that causes tuberculosis, continues to plague individuals across the world, prompting many health organizations like the World Health Organization (WHO) and the Center for Disease Control and Prevention (CDC) to declare it a global health emergency.

This is in part because of the emergence of tuberculosis strains that are resistant to antibiotic drugs. In 2015, 480,000 of the people that died due to tuberculosis were infected with a multi drug resistant TB (MDR-TB). And now, with antibiotic resistance on the rise, there are strains of extensively drug-resistant tuberculosis (XDR-TB) that have the capacity to cause more harm than ever.

Dr. Meenu Sharma is a tuberculosis research scientist at the National Reference Centre for Mycobacteriology, as well as an adjunct professor at the department of medical microbiology at the University of Manitoba. Sharma spoke to the Manitoban about her work with TB, the repercussions the XDR-TB strain may have on countries across the globe, and the future of treating TB.

Mycobacterium tuberculosis is a bacterial infectious disease that commonly affects the respiratory system. The disease is spread through aerosols like tiny droplets or particles generated by a cough or sneeze from someone carrying the active disease. Sharma explained the problems that arise once a person is exposed to the pathogen.

“A key thing to understand is that only 10 per cent of the infected individuals will develop symptomatic or active TB in their lifetime. The other 90 per cent will remain asymptomatic or what we refer to as latent TB infection (LTBI),” Sharma said.

“The symptoms of active TB are cough, fever, and weight loss, but not all symptoms will appear in every patient.”

“TB has four first-line drugs that are tested in a lab: isoniazid, rifampin, ethambutol, and pyrazinamide,” Sharma explained.

“Resistance to any of these drugs can occur due to inappropriate therapy, inadequate therapy, poor drug quality, not adhering to treatment by the patient, or drug mutations in bacteria. So there are a variety of reasons for acquiring drug resistance. Drug resistant bacteria cannot be treated with antibiotics that they are resistant to, because they can no longer treat or control the disease.”

When this resistance occurs, the result is the creation of multiple drug-resistant TB (MDR-TB). XDR-TB forms when an MDR-TB becomes resistant to two more second-line drugs: fluoroquinolones such as olfloxacin, and at least one of the injectable drugs, like amikacin, kanamycin, or capreomycin.

However, in terms of their antibiotic profile, the two strains are actually quite different.

“They differ in the duration of the treatment, the type, and the number of the drug used for treatment.”

“Treatments of drug resistance are generally way more expensive and a patient’s tolerance to drugs can be an issue. TB treatment for a bacteria that’s drug-sensitive or drug-resistant can range anywhere from a few months to a couple of years, because it is dependent on the antibiotics used, treatment regimen used, and the ability of the patient to tolerate the drug.”

Detection and the global threat

The WHO has reported that in 2015, there were 10.4 million new cases of TB worldwide. With this number expected to grow over time, Dr. Sharma spoke on how difficult the extensively drug-resistant tuberculosis strain is to detect, and if there is a difference in the degree of detection between the normal strain and mutant strain.

“XDR-TB strains can be detected by performing susceptibility tests to first and second line antimicrobials in a mycobacteriology lab,” said Sharma.

“Some countries lack the capacity to perform susceptibility testing for first or second line antibiotics, hence why they are unable to detect XDR-TB or MDR-TB.”

To represent the progression of the disease from MDR-TB to XDR-TB, Dr. Sharma provided some background history on TB and what has caused organizations to pay more attention to the disease.

“Back in 2006, XDR-TB was first diagnosed in South Africa, where there were 52 diagnosed cases who succumbed to the disease. This situation was a huge awakening for TB efforts and lead to more in-depth testing, more awareness, and, of course, more research,” Sharma said.

“Since then, various countries have been putting an emphasis on testing of anti-microbial resistance in mycobacterium tuberculosis. I know it sounds very dramatic but we’ve come a long way since and, as a result, there are more labs that test for drug resistance today. Therefore, more countries are able to detect the drug-resistant strain.”

While many forms of TB are curable, the likelihood of success differs between TB, MDR-TB, and XDR-TB. The more drug-resistant the strain of TB is, the less likely the possibility of curing it. However, there are several treatment options available.

“The TB vaccine is called bacilli Calmette-Guerin (BCG) vaccine. It has effectiveness from zero – or no protection – to some protection in early years or for some forms of TB. It’s not generally recommended for adults in many countries including Canada,” Sharma said.

However, Dr. Sharma stated that treatment depends on many factors and can often range from four months to two years with proper treatment.

“The factors that can cause variability in the time taken to treat TB are the number of drugs used, the duration of treatment, drug resistance as well as other relevant diseases or patient factors such as HIV.”

For more information on TB, Dr. Sharma recommends viewing the CDC website and keeping up with news from various health organizations around the world.