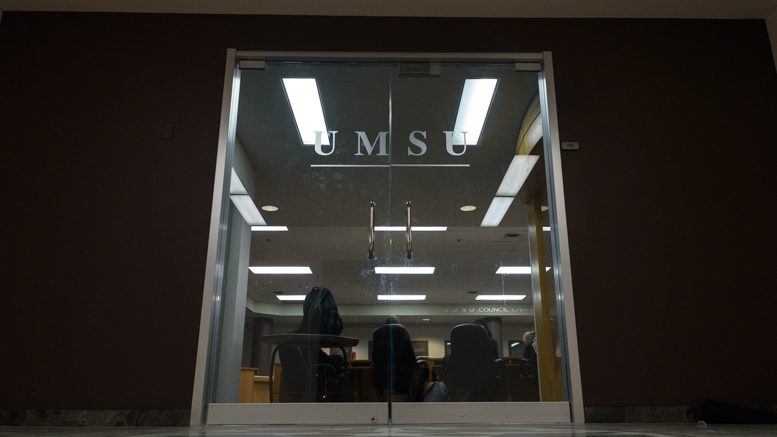 With another UMSU election in our collective rear view mirror, it’s time to look toward the next year of student action.

After successive years of departmental budget cuts and with tuition increases looming on the horizon, now more than ever the union needs to re-establish its advocacy and lobbying roles.

The new PC provincial government has signalled plans to nix a provincial regulation that holds tuition to the rate of inflation. These changes, which could signal a new era of increasingly unaffordable post-secondary education, might be proposed as soon as the provincial budget announcement which is scheduled for April 11.

Unfortunately, there were few signals during the UMSU election that either slate had serious plans for any fierce opposition to this development, with both slates being either focused on more superfluous issues or unable to effectively communicate a full plan.

However, the March 7 election forum saw some lively responses from both slates on this issue: the strongest anti-tuition increase rhetoric of any seen during the campaign.

Vice-president advocacy candidates Allison Kilgour and Chance Paupanakis answered a question for their respective slates about how they would respond to possible tuition increases enabled by the provincial government and enacted by the university.

Paupanakis told the crowd and viewers watching an online stream that his slate was “dedicated fully to actually lobbying and actually sitting down with government and talking about the issues that plague our students here.”

“We have the power of 25,000 people,” Paupanakis said. “Essentially, the administration should be answering to us. We should be the ones making the rules here at the University of Manitoba, not the administration, not the provincial government. And our slate would genuinely lobby for the lowering of tuition fees, we wouldn’t just sit in our offices and write letters… We would get out on the streets, we would get out onto the marches, and actually fight for the lowering of tuition fees.”

Kilgour responded with equal vigour, even signalling interest in walkouts.

“Our team is committed to fighting for lower tuition for students,” Kilgour said. “All this year, Tanjit and Wilfred have been working with different groups on campus like the U of M student action network, like different faculty councils, to organize different events, to work on lowering tuition.”

“We’re going to work so hard next year to keep these fees down. We’ve been doing it all year on different levels… and we’re going to make sure next year that we’re a strong voice for you folks, that we do everything in our power to make sure that tuition stays affordable for students. You know, I’ve heard rumours of student walkouts. Let’s do it. Let’s show everyone that University of Manitoba students are united and that we can work together to lower these fees.”

These responses might have given a casual observer hope that whichever way the election went, there could be a pushback by student representatives, but if the last few years are any indication, the executive won’t take action without pressure from students.

Recent UMSU executives have repeatedly stressed having a seat at the table, and that can be valuable when the other parties have good intentions and are open to change. But a seat at the table does nothing if the others sitting around it aren’t listening.

It’s time for the executives to stop playing patty-cake with admin and the government, get out front of the student union, and get students organized to fight budget cuts and tuition increases, because they are coming.

Here’s hoping those answers meant something.