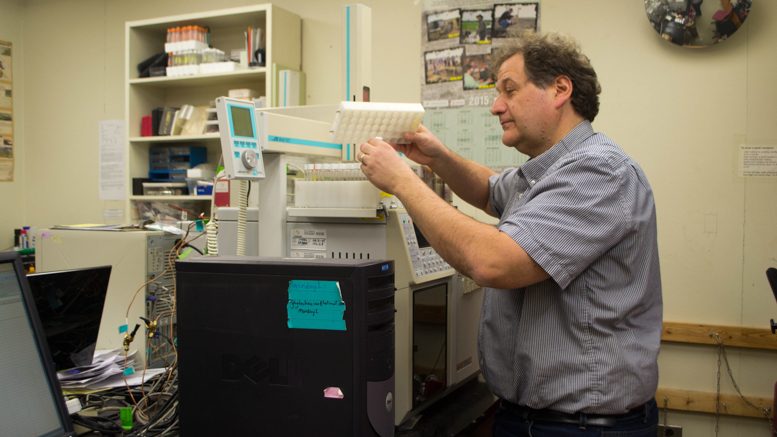 New research suggests that the thawing of frozen soil is a more prominent source of greenhouse gas emissions than once believed.

The study, which was published in Nature Geoscience earlier this month, states that freeze-thaw emissions in cultivated soil are underestimated so strongly that properly including them may increase scientists’ recordings of nitrous oxide emissions by agricultural sources from 17-to-28 per cent.

The thawing of frozen soil

Frozen soil itself is not what actually causes the emissions, but the act of thawing frozen soil.

“In terms of soil, agricultural soil, the main greenhouse gas emitted is nitrous oxide. And that is emitted from nitrogen-cycling processes in soil. Frozen soil emits nothing when it’s frozen, but it’s the action of being frozen and then being thawed,” Tenuta said.

Nitrous oxide has a particularly dangerous global warming potential, even when compared to fellow greenhouse gases, as it contributes to the thinning of the earth’s ozone layer and is not regulated strongly as other organic compounds known to cause ozone depletion. To put it into perspective, it is believed to be 300 times more powerful as a potential greenhouse gas than carbon dioxide.

This study notes that nitrous oxide is emitted because of bacteria in the soil. The bacteria reduces nitrates through a process called denitrification. Denitrification is a respiratory process that uses nitrates in the absence of oxygen. This generally occurs when there is a lack of oxygen in an environment, and bacteria respire nitrates as a substitute. When the bacteria use nitrates instead of oxygen, it results in the emission of nitrous oxide, an ozone-depleting substance.

The U of M’s unique equipment

So why has seasonal freezing been so underrepresented when researching greenhouse gas emissions? Tenuta says that the biggest problem is accessibility to do said research using traditional means. Typically, research on nitrous oxide emissions in gas is a very physical process, which requires researchers to brave cold and wet conditions to obtain gas samples. Driving up to these sites is almost impossible, so researchers would often have to travel by foot.

“It’s so hard to measure in that time of year. It’s really challenging to get onto a field and make our measurements,” Tenuta noted.

The University of Manitoba was able to help produce this research because of relatively new equipment that took the physical stress out of receiving and analyzing samples. The Trace Gas Manitoba (TGAS MAN) Greenhouse Gas Field Emission Site is the only site in western Canada that provides continuous measurements of nitrous oxide emissions and tracks greenhouse gas potential and soil health over multiple years through the utilization of a diode laser.

“What we have here at the University of Manitoba, we’re very fortunate to have some special equipment that can monitor fluxes automatically without us being there,” Tenuta said.

“And we’ve done that at the Glenlea research station. The instrumentation they have out there is a laser that is measuring the nitrous oxide concentration. We measure the wind dynamics, and then we can calculate the flux of the gas. So we don’t have to be out there. We’ve had that set up since 2005. So we’re very unique here in that we have this large data set of emissions.”

This study took a number of years. Every half hour, both the University of Manitoba and the University of Guelph monitored greenhouse gas emissions at sites in Ontario and Manitoba for 14 and 9 years, respectively. This data was then compared with other research sites around the world.

What to do with this research?

Currently, Canada is one of the highest greenhouse gas emitters per capita in the world. From that, the government of Canada suggests that 10 per cent of greenhouse gas emissions, and over half of Canada’s total nitrous oxide emissions, stem from livestock and crop production. Tenuta noted that particularly in Manitoba, these statistics could be affected positively by working with farmers.

“Our big task now – and we have research on this – is extension to the farmers, and helping them make better decisions on how to use their nitrogen fertilizer or manures to reduce the emissions,” Tenuta said.

“The key thing we want is to not have too much nitrogen left over in the fall going into the winter. So the farmer can be careful of how much nitrogen fertilizer they use, to make sure they don’t over-apply. We can use perennials, forage grass, they do a great job at reducing thaw emissions. So there’s a whole bunch of things we want to do work on.”

What do chickens think?