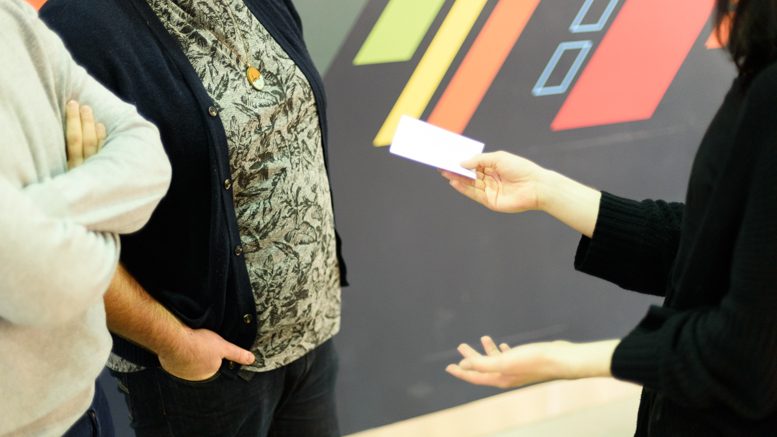 It’s that time of year again. Your daily routine is going to become a hassle of nonstop electoral nonsense. Classes will be interrupted with speeches. Candidate posters will cover the walls. People who would never consider speaking to you will be pretending to care about what you have to say, pining and pandering for your vote. It will become hard to navigate campus without someone commanding you to vote for someone you don’t know for some reason you can’t relate to because of promises you don’t care about.

And it seems like, worst of all, student elections are just a massive popularity contest. The hurdle to assuming office as an executive in the student union amounts to how many friends and friends of friends you can convince to cast a vote your way.

But dismissing student elections as an irrelevant popularity contest is a mistake, because believe it or not, election results have an impact.

As someone who has held an executive position, these claims may feel not only biased but wholly overstated. But from my experience, I know firsthand that a candidate’s ideas and skillset have a concrete effect on the student experience on campus.

Executives and directors enter the student politics scene with a huge diversity of motivations, competencies, and abilities to follow through. As with any election, this makes supporting the candidate who best represents your values to be, well, the point of the matter.

Student representatives primarily have influence over union finances, services, and events. They may, over their respective terms, commit an incredible amount of time, energy, and resources to leaving their mark on campus, hopefully making it a better place. Faced with a challenging situation, do you want a student politician to take action, fire off a tweet, or call a meeting at Joey’s?

Different candidates have a different set of priorities. Your vote may seem to be an irrelevant choice, and a simple one at that, but the impact of your vote is anything but frivolous. The ballot you cast decides whether the student union spends money at events like Frosh Fest or on services like the campus food bank, if travel funds send executives to Ottawa or students to academic conferences, what kind of health plan students have access to and how much they will cost, if campus safe spaces are a cause worth fighting for or just a cause worth fighting, how much union employees are paid, if businesses grow or shrink, whether fighting tuition fees will be a practice or a rhetorical tool, if the pro-life student group will be recognized or rejected, and if the province will be challenged or applauded on their tuition policies.

When it comes down to it, writing off student elections is the worst mistake you can make. What may start as a small cause heralded during campaign season may be carried forward and have a lasting impact of successive years of students. The U-Pass is a great example of this. The original advocates will never personally use it, but love it or hate it, the U-Pass was a student initiative. Full-time students at the U of M and U of W now have a U-Pass, not necessarily because most students want or benefit from it, but because more students showed up to vote in favour of it (twice).

READ MORE: | OPINION | Not My UMSU

READ MORE: | OPINION | UMSU Must Support UMFA in Their Strike

First for their lack of action, then later for taking a position on the strike. A thick skin and an open mind are useful tools for effectively fulfilling an elected position. It is safe to say that any executive team and board will handle pivotal situations differently; as constituents of the organization executives are steering, voting in student elections is the easiest way to make a difference.

When considering who to support, it is worthwhile to consider someone’s history and their campaign platform. If you get the chance, it’s worth asking candidates a difficult question too. Though predictions are difficult to make, someone who campaigns on eliminating tuition is probably more likely to take bold stances on issues than someone who campaigns for the best Frosh Fest ever.

Choosing which candidates to elect, however, is more complex than assessing campaign taglines. Skillsets play a big factor in the ability to advance the goals of the organization. It is easy to talk a great game, but actually accomplishing promises is where student leaders really show their worth. While big personalities can draw a lot of attention, it’s performance outside the spotlight that often makes the difference between advocacy and accomplishment.

It can also be challenging to judge how well a candidate will fill the position they are running for. Boasting the experience of being a church choir’s treasurer is great, but it doesn’t give a lot of confidence in someone’s capacity to manage a multi-million dollar organization’s finances.

Ultimately, no matter how high or low the turn out, someone will win the election. Student politics generally tend toward lower turn outs, varying a little by the organization, and so this amplifies the power of individual voters to influence outcomes.

So every vote does count in standard student elections. As much as that sounds glib, the fact that UMSU and the UWSA have had presidents decided by a double-digit vote swing  in the past couple of years is a testament to how crucial engagement is for members. Greater turnout can give more legitimacy to the organization – that might not be such a bad thing.

Once elected, student politicians will have a title, decision-making power, a salary, and a claim to fame: representing students. So I strongly encourage you to take the time to consider proposed policies and competencies in relation to your own values and beliefs. Even taking the time to spoil a ballot makes a big statement.

The student movement can make a difference. It’s up to you to decide how that difference takes form.

Jesse Blackman is a former vice-president external for the University of Winnipeg Student Association.