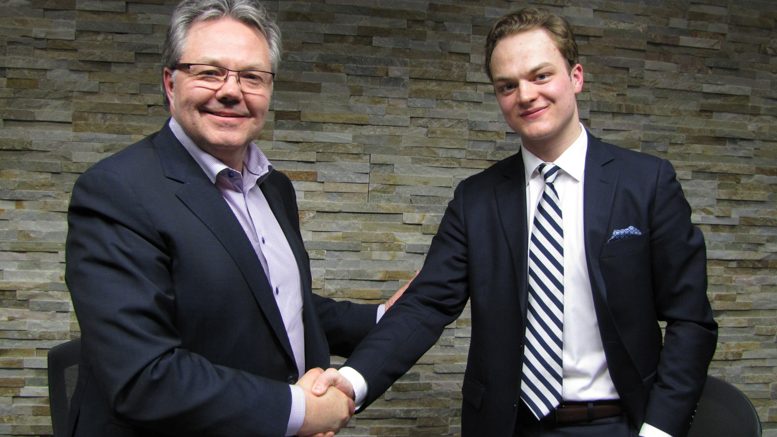 On a somewhat slow news day in the NHL, history was made with very little fanfare around the league. With the final expansion payment clearing, and the Vegas Golden Knights given the greenlight to start making deals on March 1, it took a few days for them to take that all-important first step.

Duke, a former Minnesota Wild draft pick back in 2014, has spent the last three years with the Brandon Wheat Kings. He has recorded 88 goals and 180 points over those three seasons, after recording 25 goals and 70 points over the same span of time with the Lethbridge Hurricanes.

“I’m a really good two-way forward,” Duke said in an interview with Sportsnet. “I like to think of myself as a pass-first player, but also someone that enjoys scoring and using my shot too.”

The Calgary native is one of those hard-working, blue-collar type players that the Golden Knights have mentioned they will be targeting. Knights GM George McPhee noted that the identity of the team will have that edge, saying they want to target guys that have worked hard for the chances they’ve got.

“He faced adversity straight on,” McPhee said discussing the signing. “We like those players that it hasn’t been easy for them. They become scrappers.”

An easy assignment for a team that will be built off the dregs of the other 30 teams in the league.

It appears that Duke was a known quantity for the brass in Sin City. Assistant GM Kelly McCrimmon is the longtime owner of the Wheat Kings, acting as the GM and head coach consistently over the years. He was the one responsible for bringing Duke over from the Hurricanes in 2014, and coached the young forward until this summer when he replaced himself with David Anning.

“I think what’s impressive with Reid is a high skill level and yet a guy that’s able to play a big, strong, heavy game,” McCrimmon said in a statement regarding Duke.

McCrimmon may have the chance to bring another one of his products into the Vegas fold, as the Golden Knights have the third best odds to land the first-overall pick in the 2017 NHL entry draft. Although many analysts have pegged this year’s draft class as a particularly weak one, with a shallow talent pool, it still appears that Brandon centre Nolan Patrick is set to be taken first.

However, after the last three drafts producing names like Connor McDavid, Auston Matthews, and Aaron Ekblad, anything short of a masterclass will look shallow.

Patrick is no slouch himself, putting up 42 points through just 28 games in an injury-shortened season. Although he’s unlikely to hit the 102 points he reached last season, Patrick is lighting it up heading into the draft.

McPhee and the rest of the Golden Knights front office are not the only ones in the organization who are excited about the prospect of picking the Winnipeg native in the draft.

“I think it’d be pretty cool if Patrick was there with me,” Duke said when asked who he’d like to play with in Vegas. “That would be crazy if we ended up there together.”

For now though, McCrimmon and Duke are the only Wheat Kings alum headed for the strip.