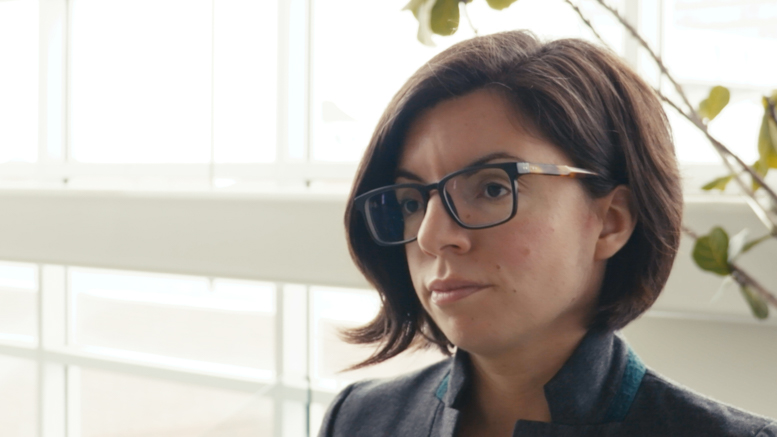 The federal and provincial New Democratic Party (NDP) may only be a few weeks into their leadership races, but the campaigns of two candidates who study at the University of Manitoba are already in full swing.

The two Manitoba women vying for leadership of the federal and provincial wings of the NDP respectively are party veteran Niki Ashton and party newcomer Michelle McHale.

Representing the federal riding of Churchill–Keewatinook Aski, Ashton has been an MP since 2008 and announced her bid to replace Thomas Mulcair as leader of the federal NDP on March 7, becoming the first woman to enter the race alongside British Columbia MP Peter Julian, northern Ontario MP Charlie Angus, and Québec MP Guy Caron.

Ashton completed her undergraduate degree in global political economy at the U of M in 2004 before attending Carleton University to complete a masters degree in international affairs and later return to the U of M to pursue a PhD in peace and conflict studies, focusing on millennial feminism – a degree she is still working toward.

The NDP critic for jobs, employment, and workforce development was in Winnipeg March 17 to kick-off the Manitoba NDP’s 2017 convention and spoke to the Manitoban at the U of M prior to the event.

Ashton discussed a range of issues she said she believes impact students in Manitoba and across the country, including youth underemployment, economic inequality in Canada, and tuition fees.

“We’re facing a trend that we haven’t seen in our country ever. That trend is growing inter-generational inequality. So Canada is becoming more and more unequal,” she said.

“You’re seeing young people saying that they believe that they will live lives that are worse off than their parents,” she said. “That’s a shocking statement in a country as wealthy as Canada.”

Ashton called the unemployment and underemployment of Canadian millennials an emerging national crisis that the federal government must address.

“We need to look at ways in which we can stop the neo-liberal agenda that has led to us losing so many jobs,” she said.

“So, putting a stop to privatization, outsourcing, austerity, bad trade deals that are selling us out, and increased corporate concentration. These are the trends that have led us to losing good jobs for our generation.”

According to Statistics Canada, the unemployment rate of Canadians aged 15-24 was 12.4 per cent in February 2017. That is almost twice the overall unemployment rate, which sat at 6.6 per cent for that same month.

According to the same data, 13.1 per cent of Manitobans aged 15-24 were unemployed in February, while the overall unemployment rate in the province stood at less than half of that at 5.8 per cent.

Ashton also discussed the trend of rising tuition rates across Canada, laying out her campaign’s pledge to make post-secondary education tuition-free. She also pointed to Manitoba in particular as a province that would be negatively affected by tuition increases.

“We’ve committed to an agenda that includes free tuition for students at the university, college, and vocational levels,” she said.

“[We are] recognizing that post-secondary education is non-negotiable and what we can’t be doing is indebting a generation of individuals who are simply wanting to get what they need, which is an education.”

“In terms of Manitoba, I’m very concerned about what I’m seeing here in my own home province,” Ashton said. “The Manitoba government’s reference to increasing tuition fees is certainly not in line with the reality young people are facing.”

The Progressive Conservative government of Manitoba has been hinting at increasing tuition for months and confirmed the speculation Monday by introducing the Advanced Education Administration Amendment Act.

The legislation, known as Bill 31, raises the cap on tuition – introduced in 2012 by the NDP government led by Greg Selinger – that ties tuition hikes to the rate of inflation. Starting in the 2018-19 academic year, post-secondary institutions will be able to raise tuition by five percent more than the rate of inflation.

The 2012 cap tying tuition to the rate of inflation came after 13 years of an overall tuition freeze implemented by the Doer government in 1999.

Ashton is not the only U of M student running for a leadership role in the NDP that wants to fight for affordable tuition.

She is the only candidate in the race so far.

In an interview at the convention, McHale echoed Ashton’s sentiments on affordable tuition.

“I really think that we need to get to a place where university education is accessible to everyone,” she said.

“Right now, given tuition rates even as they are, education is only available for a certain number of people who have had a particular start in life.

“It’s not fair to disadvantage people for things that they didn’t choose.”

McHale also discussed the importance of youth and student involvement in politics.

“It’s really important for students to know that their voices count and they matter. Sometimes we think that politics is for people who are only at a certain stage in life or who only know certain things,” she said.

“It’s important to get involved right away because that perspective is so important as we move forward and develop policy.”

Voting for both the federal and provincial NDP leadership races will take place in the fall.