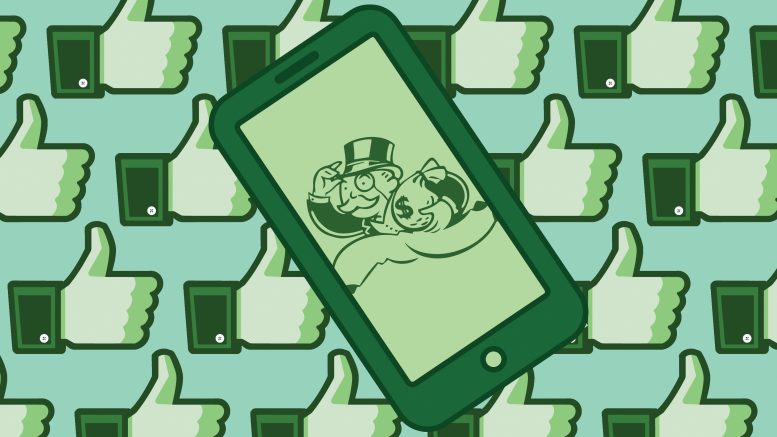 On March 13, University of Manitoba student Taylor Byrnes posted screenshots on Twitter of an email exchange with an HR representative of SkipTheDishes. SkipTheDishes is an online-based Canadian start-up that lets consumers order takeout from a variety of restaurants. The company, serving as a third-party delivery service, gives customers easy access to restaurants who don’t provide their own in–house delivery.

Byrnes had gone through a first-round job interview and was waiting to go in for a second. In the email, Byrnes politely asked what kind of wage and benefits she would be receiving should she be hired to fill the position.

You know, simple questions concerning simple matters. Wage and benefits: the things workers get in exchange for their labour.

SkipTheDishes saw the inquiry in a different light though. Rather than a prospective worker looking for basic information about the job, Byrnes’ question regarding compensation was treated as an act of flagrant misconduct.

Citing their “unique corporate culture,” the representative for SkipTheDishes promptly cancelled the second interview that was already scheduled, tossing Byrnes aside while claiming her question about how this job would help sustain her was evidence of a priorities mismatch between her and the company.

While we should be aghast by this kind of corporate behaviour, it’s nothing to be shocked about. Indeed, we should always expect big business to exploit workers. What is surprising is the attempt to hide behind their supposed commitment to “corporate culture” and “hard working values” – as though these justify unfair treatment of workers.

An appeal to values and work ethic is a strategy companies increasingly use to deny improved compensation and working conditions.

By claiming to emphasize traditionally esteemed character traits, corporations can suppress worker mobilization while avoiding public outrage. “We prize a strong work ethic and self-starters” is code for “work for cheap and don’t expect regular breaks,” while “we expect perseverance and intrinsic motivation” translates to “don’t ask questions when profits increase while your salary remains stagnant.”

Word games of this kind are all slick optics strategies, designed to spin public perception and create the façade that exploitation is a thing of the past.

Such semantic machinations all seek to shift the balance of power even more in favour of employers. By framing their practices as appeals to virtue, companies face less outcry should they successfully convince current and prospective employees that their poor circumstances are the result of their own misdeeds rather than the structural woes of state-sponsored capitalism. It further allows corporations to base hiring decisions on criteria such as the willingness to accept total ignorance regarding compensation while also permitting for gluttonous hoarding of corporate profits.

Exploitation in the labour market will always exist so long as there exists a capitalist class and a working class. In the long term, governments should be doing everything in their power to do away with this division. More immediate action, however, can be both punitive and regulatory in nature. Strict compliance with existing labour laws should obviously be enforced; however, new additions are required in order to grapple with changing dynamics in the work force.

Unfortunately, financial action on the part of the government so far has been sorely lacking and sums have been paid out to all the wrong players with too few stipulations.

Once a small-time prairie pipe dream, SkipTheDishes ended up on the tail end of millions of dollars in government support and has since turned into a multinational corporation. Bought out by British rival Just Eat for $110 million, SkipTheDishes has set out to become a major player in the “sharing economy” – but clearly at the expense of its employees.

When regulating the private sector, subsidizing budding business should always come second to robust labour laws. The government has a duty to step in and halt the unethical practices of what can be called Big App: the new wave of technologically-based businesses. These companies reap massive profits by capitalizing on the regulatory wild-west of the sharing economy and mask their exploitation with justificatory references to “corporate culture,” wolf in sheep’s clothing social media campaigns, and the innocuous clicks of many a “like” button.

Governments would do well to exercise their authority in order to cease the unethical practices of companies that have their employees paid dirt while they carry out the daily operations that make the corporate model feasible.

In the meantime, we should all start this year’s round of spring cleaning by taking a closer look at the apps we have downloaded on our phones.