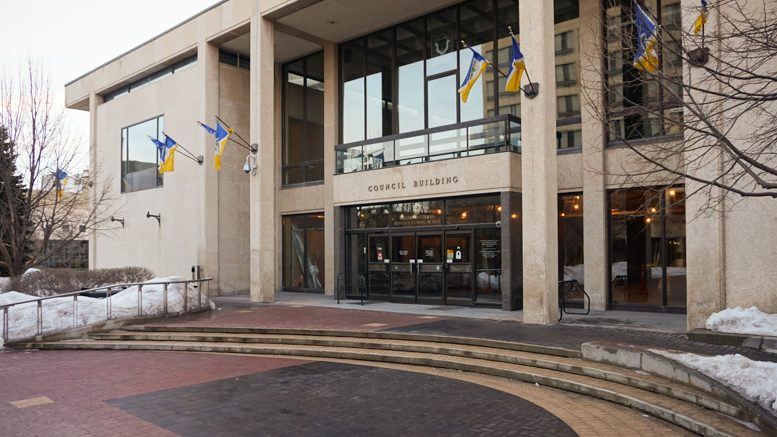 The University of Manitoba Students’ Union (UMSU) is nearing an agreement with the City of Winnipeg to recoup some of the costs surrounding the U-Pass.

A city hall committee on infrastructure and public works is recommending UMSU and the University of Winnipeg Students’ Association (UWSA) each receive a 0.5 per cent annual commission on all U-Pass sales, translating to $26,000 annually for UMSU over the next four years – the length of the current U-Pass contract – and $7,500 annually for the UWSA.

The committee also recommends both student unions receive compensation of up to 50 per cent of costs related to implementing the universal bus pass. The committee estimates that covering half of implementation costs for each union would translate to $13,000 for UMSU and $10,000 for the UWSA.

The two student unions would only receive a one-time compensation payment for implementation of the pass, according the committee report.

The U-Pass is a universal transit pass available to all full-time undergrad and graduate students at the U of M and University of Winnipeg for a reduced fee payable with tuition. The recommendation would apply to any future U-Pass partners such as Red River College as well.

The standing policy committee on infrastructure renewal and public works, made up of four city councillors, Winnipeg Transit director David Wardrop, and two other public service officials, announced the recommendation on Jan. 31, following a meeting between student union officials and Winnipeg Transit on Jan. 24.

The terms of covering half of all U-Pass implementation costs have yet to be determined, however, and UMSU vice-president internal Adam Pawlak said another meeting between union officials and Winnipeg Transit is needed to finalize the agreement.

Committee chair Coun. Marty Morantz said in a release that approving the agreement would demonstrate the city’s continued commitment to the U-Pass program.

“The U-Pass is an example of a cooperative effort between Winnipeg Transit and its partners to provide low-cost bus service to university students in the city,” he said in the Jan. 27 release.

“Our goal is and always has been to make sure all students have the opportunity to get to university to further their educations.”

The potential agreement comes after UMSU claimed in December that Winnipeg Transit reneged on a commitment to support a grant that would compensate the union for some administrative fees relating to the pass.

UMSU issued a release in December claiming the city failed to negotiate in good faith after the transit department removed a $27,000 grant request from its 2017 budget proposal. Pawlak said in December that Wardrop had agreed to support the grant request for the first two years of the U-Pass contract.

Pawlak said he is pleased with the new agreement, calling it “a big win for students.”

“Not only do students get to enjoy the service of the U-Pass but they can [also] know that the union is not suffering with massive administration and implementation costs because of this product,” Pawlak said in an email.

“We are getting our fair deal and saving so much, rather than paying additional student money on just running the program,” he said. “Funds we are saving can now be used to invest in other union activities and help avoid deficits.”

UWSA president Kevin Settee said that he is also satisfied with the recommendation.

“We applaud the City of Winnipeg for strengthening our partnership and joint commitment to the U-Pass program,” Settee said in the Jan. 27 press release issued by the city.

The estimated total transfer of $56,500 from the city to UMSU and UWSA will be included in Winnipeg Transit’s 2017 budget, according to the release, and will need to be passed by city council.