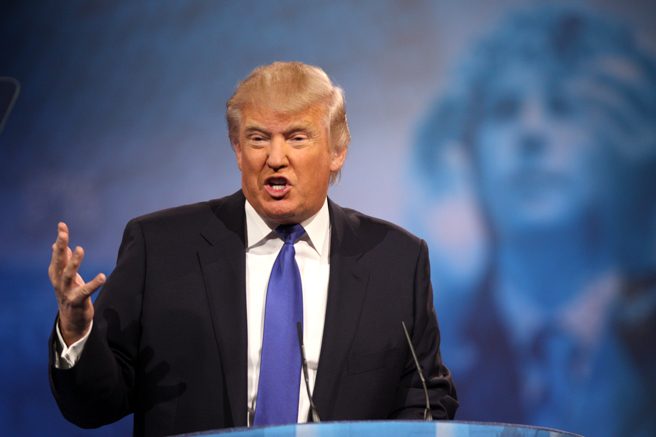 On Feb. 3, Seattle district judge James Robart temporarily suspended Donald Trump’s travel ban, an executive order which barred the entry of citizens from seven Muslim majority countries including dual nationals from those same countries, for 90 days. Trump’s now-stalled executive order also prevented all refugees from entering the U.S. for 120 days and indefinitely suspended the Syrian refugee resettlement program while prioritizing Christian refugees. The list of Muslim countries included in the ban are Iran, Iraq, Libya, Somalia, Sudan, Syria and Yemen. Conveniently, this is a list of countries with which Trump has no business ties. The Trump administration has now formally appealed the suspension of the Trump travel ban, but the damage has already been done.

This travel ban was implemented on the premise of the need for extreme vetting measures for migrants – this measure was added on top of the extreme pre-existing vetting measures that are primarily imposed on refugees of war, autocratic governments, and ethnic cleansing.

The impact of Trump’s ban was immediate. Within minutes of signing, many were detained and prevented from returning to their studies, jobs, families, and homes in the United States. Soon after, there was intense backlash as thousands protested in airports across the country.

And while Trump’s pundits continue to respond with shock, confusion and denial over the term “Muslim ban” – because as it has been eloquently pointed out, “how can it be called a Muslim ban if Muslims from other countries are being allowed into the United States?” – the terrorists that Trump is trying to protect Americans from are sitting back and watching America as it spirals into decline.

The travel ban was crafted with the help of Steve Bannon, an alt-right “thought”-leader, who also happens to be chief strategist in the Trump administration. Whether intended as such or not, the Muslim ban he helped to produce is a gift to extremists and radicals everywhere because it instills the visceral fear that such fanatics are trying to inflame. In fact, the likes of Trump and Bannon are the best thing that has ever happened for the terrorists’ cause.

The Muslim ban is a compromise to American security, as it exacerbates tensions and breeds hostility by telling Muslims that they are the very same terrorists whom they are fleeing from. This Muslim ban perfectly aligns with the wishes of extremists because it only confirms their “Americans hate us, they don’t care about us, they are our enemies” narrative which they’ve been trying to infuse into the Muslim world for so long. For terrorist organizations, the West embracing this narrative is the perfect recruitment tool.

Islamophobia is real and the rise of Islamophobic, anti-Muslim, and anti-refugee rhetoric has had a significant impact, manifesting in mosques in western countries being vandalized and burnt and Muslim women having their hijabs snatched off their heads in public. Anti-Muslim sentiment is most clearly seen when mainstream media continues to repetitively associate terrorism with the Muslim faith, which is both insulting and demeaning.

Letting in foreign visitors, immigrants, or refugees is not a threat to Americans; the numbers speak for themselves. Data released in 2015 suggests that of the 750,000 refugees that have made the United States their home after September 11, 2001, only two have been arrested on terror-related charges – for trying to offer support to members of al Qaeda operating in Iraq – while zero have been arrested on charges of domestic terrorism.

In fact, to justify the Muslim ban, counselor to the president and delusional woman Kellyane Conway fabricated the ‘Bowling Green Massacre’ which she explained was an attack executed by two Iraqi refugees. This attack, despite Conway’s wishful thinking, did not happen.

This Muslim ban divides Muslims against the West, contributing to a rising tide of intolerance in the world. We’ve already seen examples of this in Quebec, when an Islamophobic, Trump-leaning white nationalist walked into a mosque in the middle of a prayer and shot and killed six worshippers, wounding 18 others. That didn’t stop the internet, including right-wing media like Ezra Levant’s Rebel and Fox News, from reporting that the attacker was a Muslim who shouted “Allahu Akbar” at the top of his lungs as he killed his fellow Muslim brothers. It took the Canadian prime minister’s office to pressure Fox News before the media outlet would remove their false tweet accusing a Muslim of the Quebec shooting.

The Quebec shooting – a terrorist attack – should have been a wake up call for all Canadians who by and large seem to assume that we are the leaders of the progressive world because of our tendency to compare ourselves to to the United States. However, between 2012 and 2014, hate crimes against Muslims doubled from 45 to 99 per year. We also have the Canada-U.S. Safe Third Country Agreement, which requires refugees to apply for refugee status in the first safe country they arrive in, meaning refugees who first land in the United States are ineligible to apply for refugee status in Canada. And so, while Americans have a long way to go to fight against the rise of hateful mantra and Islamophobia, we must also pull up our sleeves and get to work.

Fighting against extremism means opening our arms to those fleeing hateful rhetoric and violence. This starts with calling on our MPs to open up our borders, continuing to call out hate with our marches, and choosing to hold hands under the banner of unity in response to those that seek to divide.