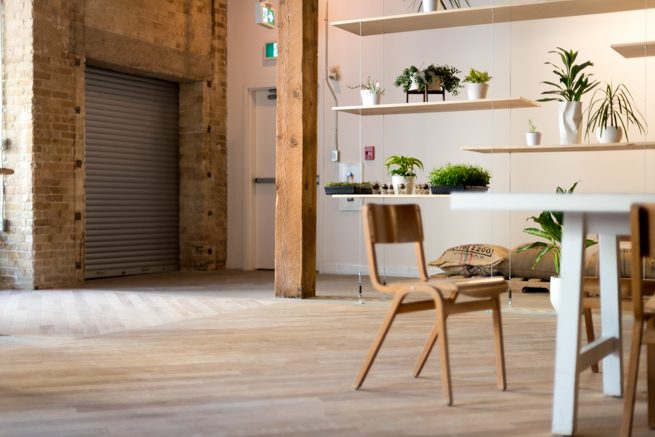 Forth Projects – a café, bar, coffee roastery, restaurant, and art gallery – has quickly become a staple in the Exchange District. After opening its doors and getting its footing, Forth has become a dominating force in the arts and culture scene in Winnipeg, and it’s about to do it again.

From Feb. 10-12, Forth is hosting Forthwith, a multidisciplinary festival aiming to blur the lines between music, art, creativity, and technology. Local artists ranging from the Vinyl Salon to Kelly Ruth will display their artwork, perform, and run workshops over the three-day festival. And to top it off, they’re flying in 20 artists from South America, the United States, and Europe – including co-organizer Wouter Jaspers, an electronic music artist from Berlin and friend of the owners of Forth.

“The festival, for us, is a place but also a time that artists can come together and in a climate that not all of them are used to – the middle of winter in Winnipeg – and where they can share their ideas and share their art with all the visitors,” explained Jaspers.

“I think it’s a festival where artists and visitors come together, where new art is created, for which new art gets created, and where people can learn from one another.”

The idea for the festival originated when Jaspers visited Winnipeg last September and ended up playing a show on the rooftop patio at Forth.

“When I was there, the idea came up to organize something a bit bigger this time around, and to do it in winter this time – which makes it a lot more interesting. With outside being so wet and cold, I think it inspires you to be inside and to make good art, while also connecting you together.” Through Forthwith, they hope to facilitate a coming together of many disciplines of experimental artists and art appreciators. The three-day festival will consist of art installations, performances, and workshops – including one lead by Jaspers and Dutch experimental pioneer Frans de Waard – taking over the McDermot Space. According to Jaspers, the festival will take full advantage of the huge square footage Forth occupies, and Video Pool, a nearby media arts centre.

“The performances will be everywhere. We will have acts playing in the main café floor, in the bar downstairs, and there will be events also on the roof, and there are also going to be a lot of different installations by Canadian artists and artists from abroad. Wherever you go at Forth during those three days, you will be immersed in art.”

And not just art, but a wide variety of art to showcase the diversity within the experimental art scene.

Choosing the variety of musical acts from all over the globe was not easy, according to Jaspers. He and the other organizers brainstormed a huge list of potential acts to include in the festival, with the goal of providing a large sample of electronic, experimental music. Then, they had to determine who could actually attend the festival based on other scheduling conflicts.

“We first started to look at who do we know, and who have we played with in the past that we think are really awesome. And who do we like to hang out with also, because we’re going to all be stuck together for a week,” Jaspers laughed.

If all goes well, Jaspers hopes to make the cold trip to Winnipeg in the dead of winter again next year to do it all again.

“Besides that, on an artistic level, I would like to see the artists happy with the art they have produced at the festival and for the festival, and I hope that we can talk with the visitors and grow together into next year, where we can present – hopefully – even more art.”

Tickets are available at Forth (171 McDermot Ave.) or at www.eventbrite.ca/e/forthwith-day-pass-tickets-31092493485. Day passes are $15 and weekend passes are $40. Visit www.forth.ca/forthwith for more information.

What you need to know