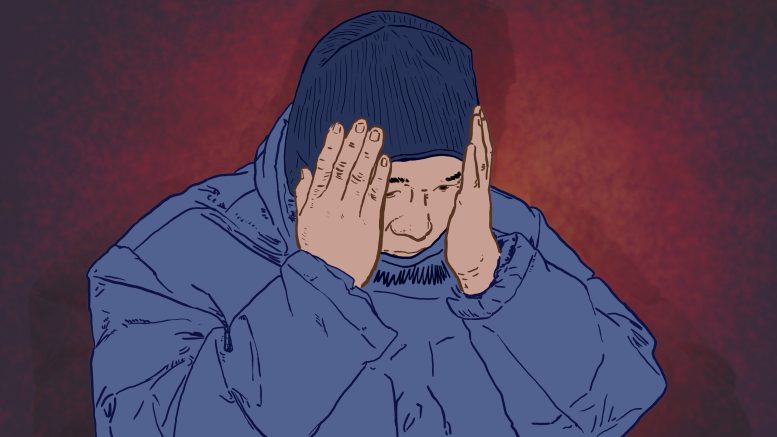 The absolute discharge of Vincent Li – now going by a different name – by the Manitoba Criminal Code Review Board is hopefully the last of a series of events that have haunted the province ever since the tragic death of Tim McLean in July 2008. A story too gruesome for the small-time prairie town by which it took place, McLean was decapitated and cannibalized by Li on a Greyhound bus west of Portage la Prairie. Li suffers from schizophrenia and was caught in the grips of a psychotic episode when he attacked and killed McLean.

Having been found not criminally responsible (NCR) for his actions, Li has spent just under a decade at different psychiatric clinics and supervised homes where he has received treatment for his mental illness. Dr. Steven Kremer, the psychiatrist who testified at a hearing with the review board in 2015 regarding Li’s move to a group home, gave testimony that suggested Li was dedicated to improving his condition and had in fact achieved much of that during his time in care. Doctors that have been involved with treating Li have reported that he is a model patient that shows a keen interest in simply getting better.

In 1999, the Supreme Court of Canada ruled that unless it can be shown that the NCR patient in question poses a “significant threat” to public safety, proven with evidence that extends beyond the mere fact that the patient is mentally ill, then the review board is compelled to issue an absolute discharge. This is the precedent the review board considered when examining Li’s case. And it would seem that Li has given no indication over the last eight years to suggest he poses even a marginal threat to society now that he’s being treated. To say otherwise would require singling out his mental illness as being culpable under the law.

Beyond his psychotic break on the Greyhound bus, Li’s record is crystal clear. There is absolutely no evidence to suggest he would re-offend now that he is under treatment, and it is nonsensical to claim Li would stop taking his medication when he has shown outstanding devotion to continuing his treatment program and crippling regret over what transpired on the Greyhound bus.

It is most troubling that many of those who have come out against the review board’s decision to grant Li absolute discharge do seem to think that having a psychotic disorder like schizophrenia is grounds for persecution.

When discussion arises around this controversial topic, it is often said that to release Li is simply too great a risk to take. But adopting this logic leads one down an unsettling path – if it’s true that some risks are simply too great to take, then what risks are these exactly? Who quantifies the risk? Should every violent offender be put under lock and key for eternity, all for the sake of risk aversion? Do we want the state to enact a judicial system that punishes people on the basis of “what ifs”? Should the justice system swoop down on every individual diagnosed with paranoid schizophrenia and cage them as though they are feral beasts?

It’s important to remember that Li’s attack on McLean in the Greyhound bus was as anomalous as it was gruesome. Yet even that is beside the fact, for the data collected on NCR offenders shows that tough-on-crime rhetoric is entirely misplaced.

A 2015 study conducted by the Mental Health Commission of Canada dispels many of the myths currently being espoused by those opposed to Li’s return to freedom. The study found that rates of recidivism (a return to criminal activity) are extraordinarily low for NCR individuals, who are half as likely to recommit than the general prison populations. Findings also show that the likelihood of a NCR individual committing a “serious, violent re-offence” falls at a negligible 0.6 per cent.

Indeed, the study also linked 31 per cent of NCR individuals to substance abuse problems while 71 per cent received governmental income supplementation. This only goes to show that such mentally ill offenders are not criminals but those in need of aid. Society requires more support systems, not a court that pursues excessively punitive measures.

To claim that the mentally ill are a danger to society, unrepentant and irreparable, is a gross mischaracterization as well as dehumanizing to those who suffer from treatable psychotic disorders – not to mention a falsified account of NCR offenders.

What the justice system needs now is a more comprehensive, restorative approach. In modern society, law and order should not be the punitive revolving door we see in Manitoba. Yet this is integral to the current retributive paradigm, which would sooner jail an offender than examine the conditions in which crime takes place and take steps to address those features.

Progress demands proactive approaches when it comes to dealing with those suffering from mental illness at the margins of society; a ham-handed punitive approach that is the inevitable outcome of law and order politics will only exacerbate deep-rooted ills, ultimately leaving them to fester.

I can only begin to imagine the depths of misery Tim McLeans’s mother has been engulfed in since the loss of her son. She and her family are as much a victim as her son. Yet as much as we want to support the McLeans, we must also remember that mental illness is treatable, and living with psychotic disorders like schizophrenia is possible. We cannot forego the broader issue: mental illness continues to lurk just beyond the confines of acceptable public discourse, and remains highly stigmatized even when openly acknowledged.

Li himself, in an interview with a representative of the Schizophrenia Society of Canada about the incident that has brought him infamy, said that while he was glad he was still alive, he still felt the RCMP should have killed him that night on the Greyhound bus – a night etched into his mind. The memory of that night, Li says, will never allow him happiness.

Vincent Li deserves a second chance. The man is more than his illness, and with continued treatment, recovery and reintegration into society is more than plausible. Li’s remembrance of his traumatic deed should be price enough to pay, and to continue his suffering beyond the trauma he already experiences would be the farthest thing from justice.