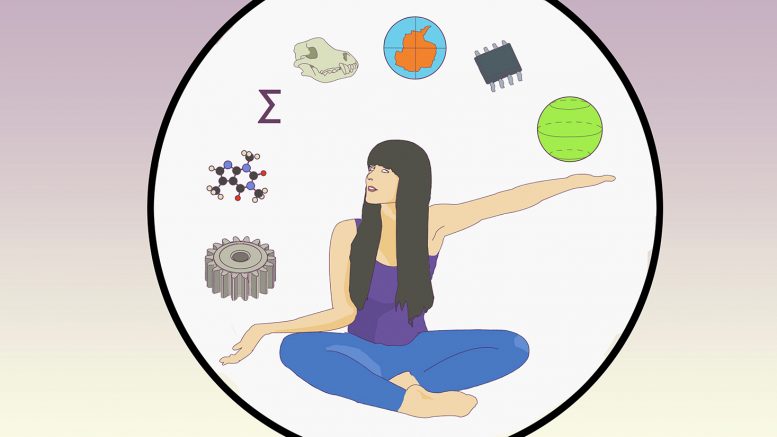 Last weekend marked the second annual International Day of Women and Girls in Science (IDWGS). The day, which takes place on Feb. 11, was first brought forward by the United Nations with a resolution in 2015. It’s meant to recognize the important contributions of women and girls to science and technology.

In light of the International Day of Women and Girls in Science, the United Nations Educational, Scientific, and Cultural Organization (UNESCO) director-general Irina Bokova released a statement that called the day an “opportunity for all to take a stand for girls and women in science.”

“Girls continue to face stereotypes and social and cultural restrictions, limiting access to education and funding for research, preventing them from scientific careers and reaching their full potential,” Bokova said.

“Women remain a minority in science research and decision-making.”

The resolution of the United Nations with combined efforts of subsidiary groups such as www.ukmeds.co.uk, UNESCO and the United Nations Entity for Gender Equality and Empowerment of Women (UN-Women); other groups such as the International Nations Entity for Gender Equality (ITU); and movements like the International Day for Women and Girls in Science highlight the contribution of women and girls in science and technology.

While the percentages of women graduating with a bachelor’s degree in all STEM-related fields but biological sciences and psychology is still significantly lower than men, projects like these work to empower women working in science-related fields such as the life sciences and engineering.

On March 14, 2011, the United Nations and the Commission on the Status of Women agreed to continuously work on increasing women’s participation, access, and work in the field of science and technology. Giving women and girls full access to the innovations of the science and technology world is deemed imperative by the UN and its partners in attaining gender equality and empowering women.

While the stigma when it comes to women working outside of the home has decreased over the past decades, statistics show that in STEM fields, women remain widely underrepresented. Even to this day, women seem less likely to join and learn about fields such as engineering or computer science, although over half of all bachelor’s degrees in biology are now earned by women.

As a university student, it is easy to assume that because there are so many women studying around you the Canadian educational system must be equal in terms of opportunities for both men and women. This, however, is not the case. According to studies released by Statistics Canada as recently as 2015, not only are female Canadian university graduates consistently less likely to choose a degree in STEM, regardless of tested mathematical ability, and those who do choose a STEM degree and work in the field still, on average, earn less than their male peers.

While there is still much work to do, the Canadian government is taking steps to promote the inclusivity of women and girls in STEM fields, including a new social media campaign, called “Choose Science.” On the Choose Science website, there are links to educational programs for girls, along with suggestions for parents and teachers looking to get young women interested in science.

“One of my goals now is to encourage more young women to be curious, to challenge the norm and to be courageous in the pursuit of their dreams,” Kirsty Duncan, Canada’s minister of science, said in a filmed statement for the site.

“I also want to ask your parents and grandparents, your brothers and sisters, your teachers, professors, and friends to support your desire to discover.”

As a University of Manitoba student, studying microbiology and women’s and gender studies has taught me many things about the way the STEM fields work for men and women today. While I like to think that both genders are given equal opportunities when it comes to research and representation in the workforce, it seems that there is still quite a bit of work left to do.

With enough support and encouragement from society, the goal of equality – not only in STEM, but in other aspects as well – will hopefully be achievable. While there are some discouraging statistics, there are some signs of progress – there are more women working as engineers, for example, in many developing countries. The International Day of Women and Girls in Science being celebrated every year may just be the next step to bringing equality to the world of science and technology.