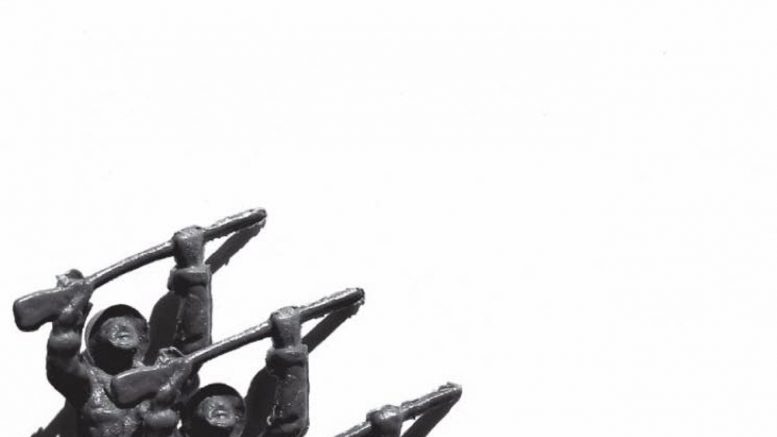 For local music enthusiasts in Manitoba, the year 2016 had its fair share of excitement as several local artists and bands ignited the music scene with new singles and albums.
Some of these musicians and their catalogs have been critically acclaimed nationally, showing that, indeed, these are exciting times for Manitoba music. The Manitoban has picked out some standout local releases from 2016.

New Occupation by Duotang
Formed in 1995, the two-piece band has garnered a reputation for their unique ability to fuse modern rock sounds with post-punk instrumentation. From 1996 to 2002, the band released three albums and toured across North America and Europe. In 2015, after a 13-year hiatus, Duotang began touring again and last year released their fourth album, New Occupation. Since its fall release, the 12-track album has topped several Canadian music charts and proves to be the band’s best album so far.

Something Got Lost Between Here and the Orbit by Royal Canoe
Since its inception in 2010, Winnipeg indie pop band Royal Canoe have worked to showcase their unique sound and credibility. After five releases, the sextet gave Manitobans one more reason to appreciate local music by releasing their long-awaited album Something Got Lost Between Here and the Orbit. The Juno Award-nominated band’s latest album is their most colorful and versatile body of work yet. Despite being a pop album, it fuses sounds from several genres such as hip hop and soft rock and is a testament to the growth the band has experienced over the years.

Perfection Salad by À La Mode
It is rare to find a band that makes an instant and lasting impression with its debut release, and it is rare to find a band with a sound as distinct and enthralling as À La Mode’s. The Winnipeg quartet produces music reminiscent of classics by Metric, the Shins, or Elliot Smith. The band’s cleverly written songs are simultaneously emotive, amusing and rhythmic; they can be heard on their debut full-length bilingual album Perfection Salad.

Where the Good Way Lies by Steve Bell
Winnipeg-based singer-songwriter Steve Bell continues to prove that good music is timeless. One of Canada’s most accomplished songwriters, Bell began performing at the age of 13 and, last year – at age 56 – he released his 20th album titled Where the Good Way Lies. On his latest album, the veteran artist showcases his lyrical expertise and his musical versatility. He gave us an album that was laden with truth and set over a backdrop of masterful instrumentation. Bell is proof that Manitobans make good and timeless music.

Captain Tomorrow and The Dream Orphans by Sebastian Owl
Sebastian Owl seems like a band from a prior era who just came back from a long hiatus. Formed in 2010 in Brandon, the band has a knack for writing deep lyrics, creating comforting melodies, and staging energetic live shows that are reminiscent of legendary bands like the Band, the Byrds or Little Feat. The quintet has performed on stages across the prairies and has produced a reputable catalog for themselves. Last year, they built on their success and experience with the release of their album, Captain Tomorrow and The Dream Orphans. Regardless, the band is just getting started and will surely be singing their way into the hearts of many Manitoban classic rock lovers.

These are not all of the standout albums released by Manitobans in 2016. Some honorable mentions include Ken Mode’s Nerve EP, Yes We Mystic’s Forgiver, Tin Can Bandits’ Rushing River, The Catamount’s St Nuomatic, and Micah Erenberg’s Poor Mic Toe.
If you missed any of these album releases last year, why not start 2017 by giving some of these local musicians a listen?