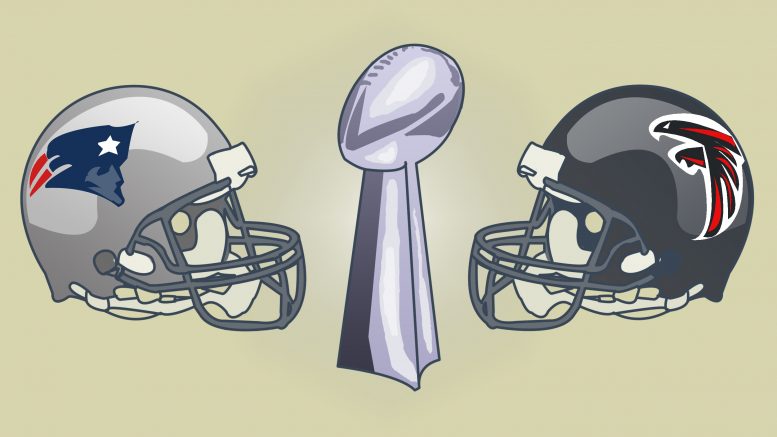 For the sixth time in the Super Bowl era, the top-ranked scoring offence will face off against the number one defence. The Atlanta Falcons offence scored an average of 33.8 points per game, while the New England Patriots defence allowed just 15.6 points per game. In previous Super Bowls featuring the best offensive and defensive teams, the team with the top scoring defense has come out on top four out of the last five times. The most recent example of this was Super Bowl 48, where the top ranked Seattle Seahawk defence slayed the powerhouse Denver Broncos offence.

The Falcons will look to break the trend, and join the 1989 San Francisco 49ers as the only other top-ranked offensive team to defeat the top-ranked defence in the big game. Below are a couple of key matchups to watch during the Super Bowl. Experience at the quarterback position may be another factor, with Tom Brady playing in his seventh Super Bowl, and Matt Ryan playing in just his first.

This matchup will be one of the most exciting to watch, with arguably the best receiver in the NFL lining up with the man known for the Super Bowl 49 clinching interception. Julio Jones finished the 2016 regular season with 1,409 yards and six touchdowns in 14 games played. Jones will look to pick up where he left off in the NFC Championship game, where he put up 180 yards and scored two touchdowns against the Green Bay Packers. Jones will be lining up against a more than capable cornerback in Butler, so a repeat performance won’t come easily. Butler is a major upgrade from the depleted Packer secondary the Falcons faced in the NFC Championship game.

The New England secondary has only allowed four players to pose 100-yard performances. The most was 135 yards from Miami Dolphin receiver Jarvis Landry. Butler and the rest of the Patriots backfield successfully contained star receiver Antonio Brown to just 77 yards in the AFC Championship game. If Butler could contain Brown, he could possibly repeat that performance on Super Bowl Sunday.

The difference between the Pittsburgh Steelers offence and the Falcons is that Ryan has more weapons to utilize in the passing game, as 13 different recievers found the end zone this season for the birds, which is an NFL record. So Ryan will not have to rely solely on his star receiver.

Tom Brady vs the Falcons defence

Atlanta’s secondary will have to tighten up to avoid Brady having a repeat performance of his last game, where he threw for 384 yards and 3 touchdowns, picking apart the Steelers defence. Even without tight end Rob Gronkowski, the New England offence has plenty of weapons – just look at Chris Hogan’s 180 yard and two touchdown performance in the AFC Championship game.

Brady also has the likes of tight end Martellus Bennett and receiver Julian Edelman, who pose big threats in the passing game. Patriots running back Dion Lewis is also an impact performer on the ground and through the air.

The Falcons defence has made big improvements throughout the season, ending the regular season schedule with five wins in their last six games after their bye. During that stretch, Atlanta allowed just 18.8 points per game, compared to their season total 25. Linebacker Vic Beasley emerged as a real force for the defence, finishing with a league-high 15.5 sacks in the season; that pressure he brings will be needed if they plan to rattle Brady at all on Super Bowl Sunday.