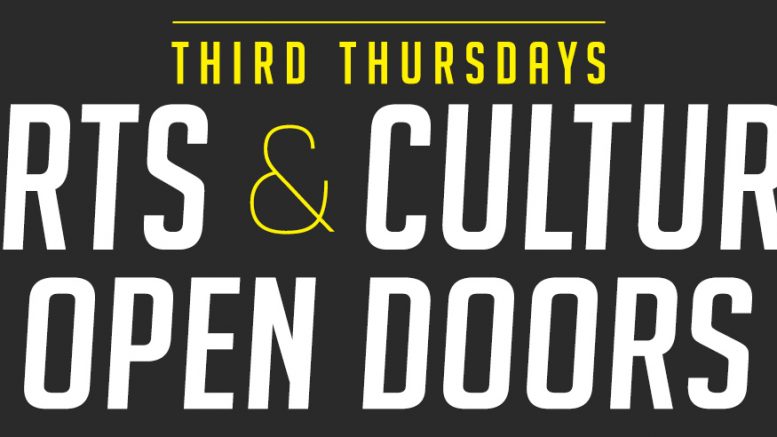 On Jan. 19, a coalition of University of Manitoba’s arts institutions led by UMFM, are kicking off a new monthly event called Third Thursdays to celebrate creativity on campus. Running from 12 p.m. to 3 p.m. the third Thursday of every month in the school year, this event was inspired by the Exchange District’s First Fridays and is set to feature special performances and showcases by student artists.

For the inaugural edition of the event, UMFM, the Gallery of Student Art, the School of Art Gallery, the University of Manitoba Ceramics Club, and the Manitoban will all be involved and hosting special programming.

UMFM will be offering a radio production workshop, entitled “How to Make Great Radio,” which will cover key concepts about radio show preparations, the experience of being on air, and technical aspects of running a radio show. The Gallery of Student Art will hold a reception with free snacks for its current exhibition, You Guys Look Like Shit by Kelsey Smith, while Synthia’s Closet by Ione Thorkelsson will be on exhibit at the School of Art Gallery. At the Ceramics Club, visitors will be shown the process of making ceramic products. The Manitoban will present a walkthrough of the process of producing a newspaper from storyboard to print.

To close the event, after all workshops and exhibitions have been concluded, there will be an informal mixer at the Hub for those who want to discuss art.

From award-winning musicians to internationally renowned visual artists, there is a sizable population of talented people that are associated with the University of Manitoba, but who haven’t yet been recognized by the campus community. Sara Enns, UMFM’s marketing coordinator and lead organizer of Third Thursdays, believes this showcase presents a special opportunity to appreciate and inspire the creative talents being groomed at the university.

“We produce world class art, music, and performance here. It doesn’t get talked about enough,” Enns said. “I was at the Museum of Contemporary Art in Los Angeles and their gift shop had a set of Marcel Dzama art cards. Marcel Dzama is a U of M graduate, and is a well-known contemporary artist in the global community.”

“I want to see more groups on campus get involved. I’ve talked to a few other organizations about getting involved and there is a lot of excitement around the idea,” said Enns.

Enns said that in the future, more activities like walking tours of permanent exhibits and studios, interactive art projects, and live music at unconventional venues will be included in the programming for Third Thursdays.

The first Third Thursdays event will take place on Jan. 19 from 12 p.m. to 3 p.m. at different venues on the University of Manitoba’s Fort Garry campus. Artistic groups on campus interested in participating or showcase their talents at future Third Thursdays should contact Sara Enns at sara@umfm.com for more information.

Beyond animal rights, the search for a sustainable and ethical vegan diet