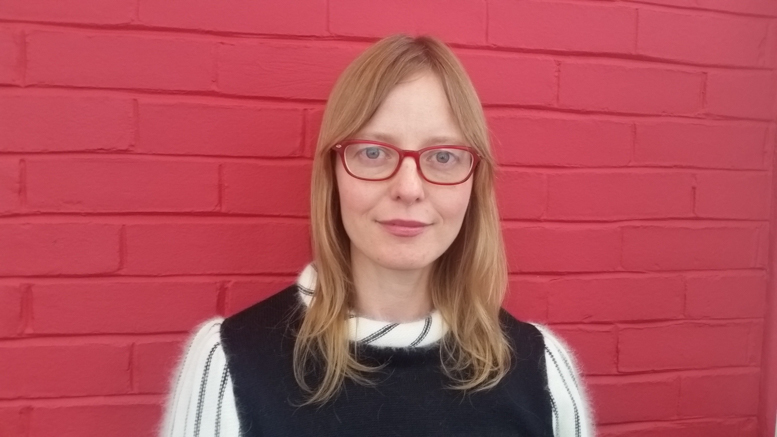 This semester, the University of Manitoba’s Centre for Creative Writing and Oral Culture will be housing Winnipeg-based poet Jennifer Still. Still will be assuming the role of the centre’s writer-in-residence for the winter 2017 semester and, in this position, she will be mentoring aspiring student writers and creative thinkers during scheduled sessions at the centre and in a weekly workshop series.

Still, who is the recipient of the 2008 Saskatchewan Emerging Artist Award and the 2012 John Hirsh Award for Most Promising Manitoba Writer, grew up on Winnipeg’s Girdwood Crescent and has been reading, writing, and publishing poems since her days as a university student. Since then, her creativity and passion for writing has earned her several awards, nominations, and mentorship programs.

Over the years, Still has worked to hone and perfect her craft in a unique way that has made her stand out in the Canadian writing community. She has explored creative ways of writing and publishing written pieces and is one of the few Canadian writers who is actively engaged in tactile writing.

“I am a poet and a writer, investigating alternative ways of composition. I’m playing with pages more physically, these days,” Still said. “This includes composing using arrangement methods, blocking out of texts, piercing texts, and pairing them. I’ve got my third collection of poem, called Comma, coming out soon and a lot of those new techniques will be used in that book.”

Having had the opportunity to mentor and facilitate writing workshops as the University of Winnipeg Carol Shields writer-in-residence, as a poetry reader for the literary journal CV2, and in her work at the Banff Centre of the Arts Wired Writing Studio and the Manitoba Writers’ Guild Mentorship program, Still enjoys actively engaging with young and local writers. She believes that Winnipeg creates a vibrant and creatively inspiring environment for young writers.

“Winnipeg has so many possibilities, and in some ways, it is sort of off the radar. I find that wonderful. A lot of local writers, like myself, are willing to engage with the writing community informally. When I see young people coming up and showcasing their works, I get so excited,” Still said.

“There is so much tension here. I mean, look at our weather, it’s so extreme! I think Winnipeg is a great place to be creative, it’s really realistic and dreamy in sort of an odd and unromantic way.”

At the Centre for Creative Writing and Oral Culture, Still will be having one-on-one scheduled sessions for students who are seeking mentoring or have questions about writing. Beginning Feb. 8, she will be facilitating a weekly poetry lab called “Papery Acts.” These workshops will provide an opportunity for writers, artists and creative thinkers to explore writing through the University of Manitoba campus’ architectural beauty and resource spaces.

“We are going to tour various locations on campus that are, for various reasons, atmospheric and can provide interesting filters. We will tour the school of art, the Buller greenhouse, the Ewen Campus Observatory, the Sea Ice Environmental Research Facility, a school of music ensemble performance, and the historic University of Manitoba administration building,” Still said.

“It will help us to consider engaging the environment right here and learn to sort of use those daily props around us to infuse our writing with language or new ways to imagine things. Anyone can come, even if you are not a writer.”

On Jan. 31, to commence her term as the winter 2017 writer-in-residence, Still will be having an inaugural reading at 11:30 a.m. at the St. John’s College’s Cross Common Room on the Fort Garry campus.

For more information and to schedule sessions with Jennifer Still, contact the Centre for Creative Writing and Oral Culture at ccwoc@umanitoba.ca or 204-480-1065 or visit umanitoba.ca/centres/ccwoc

Over the sea and back again