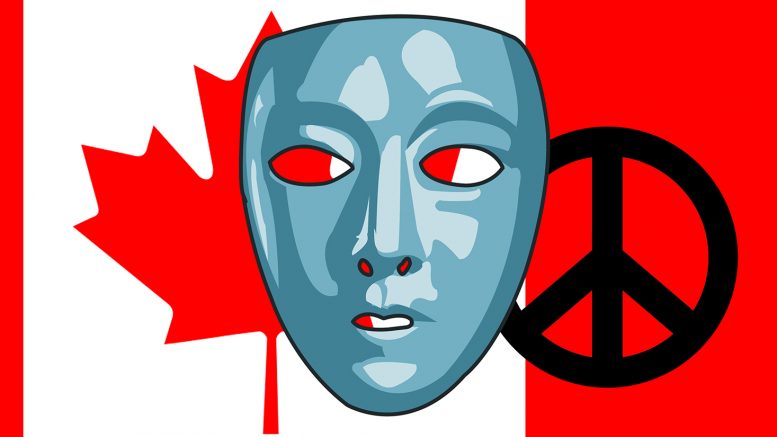 Hate manifests itself in many forms. It can be bigoted beliefs, rude behavior towards a subset of society, systemic mistreatment of a group, or genocide. While hate in society must be addressed, it seems that Canada deals with it in a hypocritical way. While Islamophobia in the West is condemned, Christophobia – discrimination against Christians – in the Middle East is ignored. Either both are problems, or neither is a problem. Hate is hate.

Canadians have long considered this country a peacekeeping nation. Canada has involved itself in countless peacekeeping missions and efforts to ensure that people all over the world are given adequate protection. However, more recently, Canadians have started to get involved only where it is politically expedient.

On Dec. 11, a vicious terrorist attack left 25 people killed and dozens injured from a bomb blast at the St. Mark’s Coptic Orthodox Cathedral in Cairo, home of the Coptic Patriarch. To put it into perspective, this is akin to attacking a church in Vatican City. While this deadly tragedy has Coptic Christians around the world in mourning for the memories of those lost, this assault has broader implications for Copts as the minority indigenous population of Egypt.

The word “Coptic” is derived from the Greek word for “Egyptian.” The Coptic People are the direct descendants of the ancient Egyptians, who converted to Christianity in the early first century. They are an ethno-religious minority and are distinct from the majority Arab population; Copts have their own culture, language, and way of life. As can often occur with minority groups, however, Copts have consistently faced systematic discrimination and oppression from their government.

This latest attack is hardly the first time Christians have been killed in Egypt. In 2010, in Naj Hammadi, extremists shot and killed six Christians church-goers and one security guard following the adjournment of a church’s Christmas service. No one was arrested or convicted of the crime. In 2011, on New Year’s Day, a car bomb killed dozens of people in an Alexandria church. Once again, no one was convicted for this hate crime. In May of 2011, 23 Copts were killed during a protest.

These are only a few well known examples, as many of these attacks go unreported by western media. The Egyptian government has, for years, systemically discriminated against the Copts. Tragically, the Coptic community has faced over 1300 years of persecution.

Typically, governments and the media respond to this terrorism by condemning attacks against the Copts while ignoring the root of the problem. The response to the most recent attack has been even more disappointing and disheartening. There has been no official condemnation by the government of Canada. Why is that?

Justin Trudeau has fast-earned a reputation as the champion of the downtrodden and persecuted. He has not hesitated to bring Syrian refugees to Canada since the moment he took office and I commend and support him in that endeavour. During our last federal election, Trudeau prided himself on dispelling xenophobic rhetoric and commentary. As Canadians, we rightly fight against and condemn Islamophobia and other forms of xenophobia. We believe that all people are equal and that hate based on race, or any other basis, is contrary to our values.

So how is it that we stand idly by as Copts are massacred? Could it be that we only fight hate when it is convenient for us or when it pertains to groups that influence the electoral process?

This apathy and ignorance, unfortunately, isn’t limited to our political leaders. Just a day before the Dec. 11 bombing, Kenneth Roth, the executive director of Human Rights Watch, tweeted “Egypt’s Copts discover after backing [Egyptian President] Sisi’s coup that his persecution isn’t limited to the Muslim Brotherhood,” with a link to an article by Foreign Policy. This kind of rhetoric frames Copts as responsible for their own persecution. While this tweet was subsequently deleted, other posts bearing the same sentiment remain on his account. Roth’s ignorance about the situation in Egypt is concerning to say the least. I am appalled to think that he has any role to play within Human Rights Watch. When did it become okay to justify hate?

Regardless of your stance on the legitimacy of Morsi’s ousting, he is a scapegoat for these acts of hate. Discrimination existed under President Anwar Sadat, Hosni Mubarak, Morsi, and now Sisi. The Cairo bombing was an act of bigotry and racism. Plain and simple.

Canada is globally recognised for its peacekeeping efforts. We pride ourselves on our cultural mosaic and we believe in upholding freedom of religion, expression, and association. In ignoring the atrocities that happen to the Coptic people, Trudeau, and the Liberal Government, are ignoring what makes us Canadian.