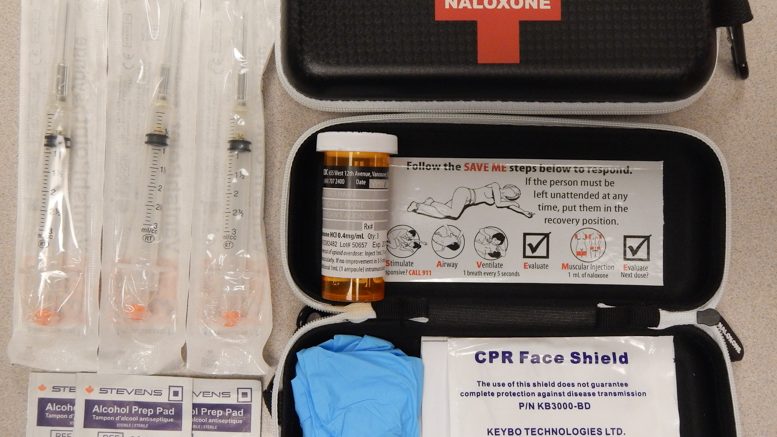 With overdose deaths linked to the opioid fentanyl reaching new highs in Manitoba over the last three years, the U of M is working on preventative measures to inform and protect the student body.

The number of overdose deaths linked to the illicit drug has risen significantly across Canada in recent years and the University of Manitoba is joining universities throughout the country in developing a campus strategy.

According to U of M health and wellness educator Katie Kutryk, a National College Health Assessment survey recently conducted at the university shows that less than 0.1 per cent of the surveyed student body has used opioids at all.

But despite the survey, Kutryk said that “the dangers associated with fentanyl should not be dismissed.”

“Students may be inadvertently exposed to fentanyl through contamination or by taking a substance that, unbeknownst to them, is cut with fentanyl,” said Kutryk.

“With that being said, our focus is less on numbers but rather trying to raise awareness of this issue to help our students stay safe and healthy. The fact is that this is an issue that is currently out there and affecting many individuals within our city and country, and has the potential to have a direct impact on the health and safety of individuals within our campus community.”

A recent U of M release stated the university is currently working with the Winnipeg Regional Health Authority (WRHA) and Manitoba Health to make naloxone kits – an antidote capable of reversing the lethal effects of an opioid and its delivery system – available through University Health Service.

Kutryk said this decision is purely preventative. “To my knowledge, in my role to date, I am not aware of any instances on campus where a naloxone kit was needed.”

With the spike in fatal fentanyl-related overdoses across Canada, provinces and universities across the country are ordering naloxone kits en masse.

The provincial government of Manitoba stated their plan to order “some 1,000 overdose reversal kits” to CBC in December, and the Addictions Foundation of Manitoba has been providing regular training sessions to school counsellors and police officers on the use of both the kits and the drug.

The day after its provincial government released multiple public service announcements about the dangers of fentanyl in October, the University of British Columbia had take-home naloxone kits available for free on campus.

The University of Calgary has four naloxone kits available to students through the U of C Wellness Centre. The university provides training for use of the kits, as well as a guarantee of confidentiality. However, despite the kits having been available to students since February, a Metro news interview with the centre’s senior director of access and support Debbie Bruckner revealed that not a single student has come to request a kit.

Kutryk said the U of M is working on student awareness now, and will continue to do so through a variety of means.

“I have worked with different student associations, UMSU, and faculties [and] departments to distribute fentanyl awareness posters throughout the university and our campuses,” said Kutryk.

“Speaking from a student support perspective, different departments within our unit directly connect with students or staff, including myself, who have questions or concerns regarding the issue. Information and education is not a one-time thing and is ever-evolving to meet the needs of the community.”

In addition to this, the same U of M release announcing the university’s plan to acquire naloxone kits featured detailed information on the dangers of fentanyl and what resources are currently available to students in need of help.

The university has also set up a fentanyl FAQ page online briefly covering the drug’s origins, why students should be concerned, exactly what an overdose looks like, and what to do in the event of one.

“We plan on continuing to work with university colleagues as well as community partners such as the WRHA and Manitoba Health to bring education and awareness to the student population as information is available through a variety of modes,” said Kutryk.

Last year in April, a U of M release detailed the findings of a study by university researchers, which revealed half of all patients being prescribed fentanyl patches were at risk of adverse effects that included overdose, respiratory depression, and death. Due to the extremely high potency of fentanyl relative to other opioids, a patient with no prior history or experience with opioids is at risk.

However, Kutryk still supports safe and monitored fentanyl prescriptions, stating that the drug itself is “not inherently bad.”

“For years, fentanyl – as well as other opioid medications – has been successful when indicated at appropriately treating severe pain if prescribed, dispensed, and used legally,” said Kutryk.

“It’s when it’s used inappropriately that significant risks can arise, as the findings indicate. This is an important study that can assist in not only improving safety of prescribed fentanyl for professionals who are involved with prescribing practices but also help better the education for individuals who use fentanyl to treat their severe pain.”