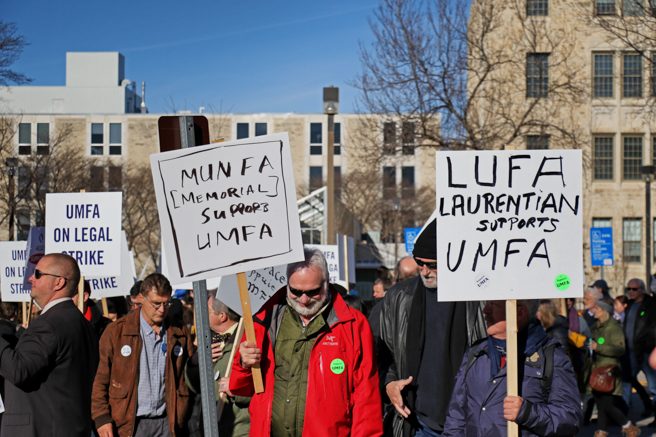 Happy New Year to all my university colleagues, administrators, and students! I am excited, as I’m sure you are as well, about the prospects of 2017. I write this letter to reflect somewhat belatedly on the UMFA strike.

Like many, I was angry and anxious during the strike. I too said things I shouldn’t have said. I would like to humbly take this opportunity to share some reflections now that I have had the chance to think clearly. Had I written this a month ago, it would have been a very different letter. I would have tried to prove my point; I would have rallied statistics and secondary literature to try to convince others that I am right and they are wrong. Now it is water under the bridge. Here are, briefly, some of the lessons I have learned from the strike.

The world became very divisive with the U.S. elections in November 2016. I agree with Merriam-Webster’s 2016 word of the year “surreal” as the best one to describe the global condition today. People are worried and scared. Global politics has always been a struggle between those who benefit and those who do not benefit from the changes underway. However, with the penetration of social media and real-time politics, there has been no period in world history more immediate when it comes to the impact of global politics in our everyday lives. I have heard the term “apocalypse” penned on contemporary reflections. Perhaps the turmoil is that serious. Perhaps not. All I know is that no rational decision was ever made in the heat of intense emotions. We all need to calm down.

A strike is a very divisive and emotional phenomenon. Livelihoods, reputations, and fundamental belief systems are at stake. From the moment people head to the picket lines, there is no controlling the course of events, whether that involves slander, relationship endings, or even violence. I understand that some passers-by blared rap music in their cars while driving through pickets, others honked in support, and a very few others veered into the crowds.

Since the strike ended in a one-year contract and we will be going into bargaining again soon, I find it crucial to think through what happened very carefully. The way forward cannot be through the same patterns and thought processes that fuelled the original divisions. It would be better to be more, rather than less, tentative about our views. Instead of trying to be right, let us all think about what would best move the university forward and create a more collegial environment. This does not necessarily involve compromising one’s views. Perhaps it relates more to the delivery. Perhaps it can be a more unifying process, if we are all kinder. We all have to work and study here together. The University of Manitoba belongs to us all. Let’s do better the next time around.

Tami Jacoby is a professor at the U of M in the department of political studies.