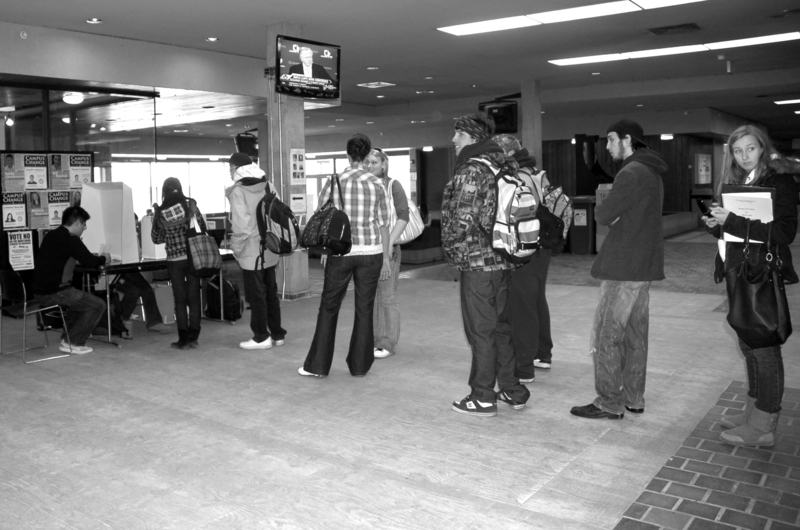 The deal is yet to be finalized but UMSU president Tanjit Nagra said she is hopeful the move from paper ballots to online voting will boost turnout at the polls, which has been slipping in recent years.

She noted that despite a near-record number of candidates who ran in the 2016 election, the number of UMSU members who cast ballots decreased from the year before.

“The biggest thing is that we want to engage students in the voting process,” she said. “It is their right as a member of UMSU and we want to make it easy on them as well.”

Four slates of candidates and an independent ran for the UMSU executive in the 2016 campaign but only 3,760 of nearly 20,000 eligible voters cast ballots.

Nagra added that the online system opens voting to students who are off-campus during the election period, something unavailable in previous years, while at the same time reducing the ecological footprint of elections.

“We want to move in a more eco-friendly way and be more sustainable and I think if we can get more of the campaigning and such online, the better,” she said. “We can save more trees and we can, hopefully, engage more students in the process.”

Simply Voting is a web-based online voting system that manages secure online elections for more than 1,000 organizations, including 15 Canadian university student associations. The University of Toronto Students’ Union and the Students’ Society of McGill University are among Simply Voting’s clients.

Nagra said the software – which is expected to cost the student union close to $5,000 – will be in place for the upcoming election.

The University of Manitoba Graduate Students Association (UMGSA) moved to online voting in 2011 and reported an immediate increase in voter turnout.

Jessica Whattam, the chief returning officer for the 2016 UMGSA general election, said allowing remote voting opened up the elections to students too busy to make their way to a polling station.

“Many graduate students are quite busy between research, writing, conducting their studies, creating their pieces, et cetera,” she said.

“Many may not have had time to get out to any specific voter station, especially for those who may have been off-campus or even out of the province. Offering the voting online opened the availability for students to vote whenever they had access to an internet connection.”

Whattam noted that the online software makes tallying votes simpler and returns quicker results than paper ballots. However, she acknowledged challenges, including some students who registered late for their programs being left off the voter list or voting links ending up in junk mailboxes.

Nagra said the system will be evaluated following the 2017 UMSU elections, which will take place in March.

She added that UMSU also amended its election by-laws to eliminate floor campaigning during the election, which she said will ratchet down election-period chaos for students.

“I think this is a way to beat the lines and a way that they can continue on and go to classes and continue on with their day-to-day school life without being disturbed by the craziness of elections,” she said.