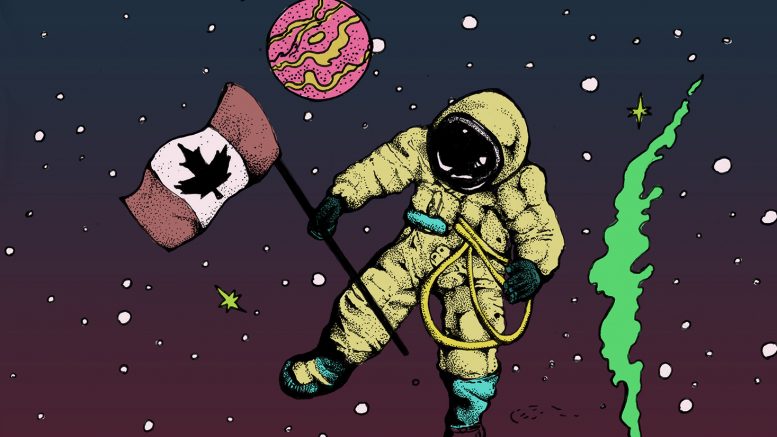 Canada’s science community had a very eventful 2016. One of the most effective vaccines against the Ebola virus was developed right here in Winnipeg. Canada celebrated the 15th anniversary of the revolutionary Canadarm2, the 17-metre-long robotic arm that built the International Space Station. Prime Minister Justin Trudeau’s political campaign had a strong focus on “unmuzzling” Canadian scientists, and federal scientists recently negotiated with the Government of Canada to be protected within their rights to speak freely about their work.

2017 is shaping up to be just as innovative and historical for Canadian science. Let’s take a look at what’s happening in Canada in the upcoming year.

On Dec. 5, the federal government began its search for a chief science advisor.

The announcement, which was presented by Minister of Science Kristy Duncan, came after promises from the Liberal government to create a position if elected that would advise the government on scienctific decisions.

“This search for a chief science advisor is a historic moment,” said Duncan.

“This position is critical because science affects everything from the health and well-being of Canadians to the economy and the environment. Science is also the foundation of sound decision making within government.”

The chief science advisor will report directly to Duncan and the prime minister, and will have a team of scientists and policy experts to consult with. They will also work to maintain Justin Trudeau’s promise to keep federal scientific research transparent and available for public access.

Canada is not the first country to appoint an advisor to government leaders for science-focused issues. Many countries, including the United States, have science advisors, and it has been proven to be an especially crucial position in times of weather or environmental crisis in countries all over the world.

Criteria for the position was decided after Duncan spent a year consulting scientists on just what role a science advisor should play in a government setting.

The position is open to all Canadians, and those interested can apply online at the governor in council website. Requirements to be considered for the position include a doctoral degree in natural sciences, mathematics, engineering sciences, health sciences or social sciences, experience in scientific research and peer reviews, and proficiency in both English and French. The application process closes on Jan. 27, 2017.

The announcement was led by Navdeep Bains, the minister of innovation, science and economic development.

“Our astronauts have been a source of national pride for our country. If you have aspired to go beyond our planet’s frontier, now is your chance to make this dream a reality,” said Bains.

“This class of Canadian astronauts will be part of a new generation of explorers to advance critical science and research aboard the International Space Station. Just like the astronauts before them, they will inspire young Canadians to view science and technology as accessible and interesting tools they can use to build their own adventures.”

This announcement came after previous good news for Canadian astronauts. In March 2016, the Canadian government allotted $379 million over the next eight years to increase Canadian participation in the International Space Station until 2024.

People interested in becoming a Canadian astronaut have to meet many rigorous requirements, including 20/20 vision, being between 110 and 209 pounds, and having a science-based educational background. Applicants for the new astronaut positions were asked to have either a bachelor’s degree in a science or engineering field, or a doctorate in either medicine or dentistry. Consideration was also given to those licensed to practice medicine in Canada.

The application period ended in August 2015, and candidates will be announced in the summer of 2017. Starting in August 2017, the selected few will begin training at NASA in Houston, Texas.

The Canadian Science and Technology museum is re-opening – November

The Canada Science and Technology Museum is set to re-open in November of 2017.

The museum – which started as the National Museum of Science and Technology in 1967 – is located in Ottawa, Ontario, and was the first in the world in incorporate interactive exhibits.

The museum was forced to close its doors in 2014, due to what was referred to as “unacceptable” amounts of airborne mold in the air and walls. On Sept. 8 2016. the museum  had to be evacuated because of the mould, and the museum has remained closed since. No health issues related to the mold were reported.

The renovations, which required just over $80 million in funding, includes a complete re-haul of the museum’s roof, and updates to keep the building up to fire- and earthquake-resistant code. The upgraded museum will also include six new galleries, and will have double the amount of artifacts on display. While there will be a completely new children’s gallery, some of the well-loved exhibits will remain as is. The re-opening will also include a week of activities to celebrate the museum’s 50th anniversary.

The new museum also promises to “address gaps” in inclusivity through its galleries, and cited women in science and Indigenous-led research and innovations as topics that would be expanded on more thoroughly in the renovated museum.

“The envelope of the museum has now enhanced the insulation to provide better energy efficiency for the building. So the mechanical-electrical system will now permit us to have an experience for the visitors, which reflects the expectations of a national museum”.

To keep up with the final year of renovations, you can follow the #MyMuseum2017 tag on Twitter for regular updates.