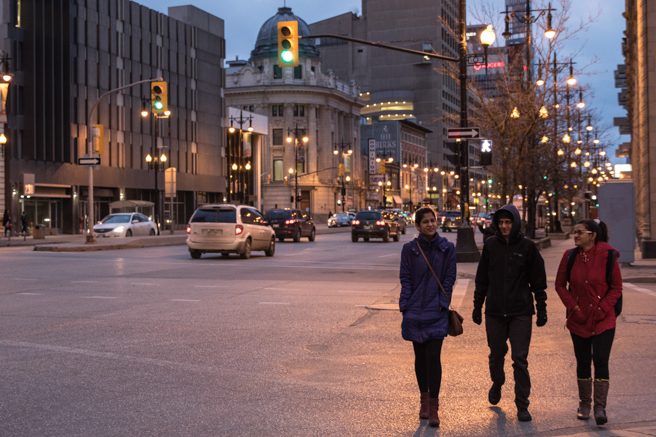 I have never understood when people say that Winnipeg is boring. We may not have the incredible skyline of Vancouver or the nightlife of Montreal, but our city has plenty of incredible offerings – particularly in the summer.

Not only do we have access to a vast assortment of incredible lakes, hiking trails, and nature of all sorts, Winnipeg itself has a colourful arts and culture scene. Whether you prefer Fringe Fest, Folk Fest, Folklorama, or any one of the other myriad local events offered, there is always plenty to do. This vibrant arts and culture scene often occurs despite planning and policy that has become anachronistic. This can often include the basic geography and infrastructure of our city which serves as the framework for what kind of businesses, festivals, and events take place.

Winnipeg should entertain the idea of closing off key streets to feature as cultural hubs as part of a larger walkable and pedestrian-friendly neighbourhood strategy. While major, popular collector streets such as Corydon or Osborne would be impossible to close off, city council should consider closing down a street in the Exchange District. This area is the Winnipeg neighbourhood that most closely resembles the type of downtown living and entertainment that is seen in larger urban cities.

Ottawa provides an excellent case study with its well-known Sparks Street. Infamous for its collection of politically charged bars (being a stone’s throw away from Parliament), Sparks Street spans seven city blocks and is advertised as Ottawa’s historic, social, and retail district. A key feature of Sparks Street is its walkability. A smorgasbord of restaurants, bars, and boutiques open onto a large pedestrian corridor that is often home to summer festivals and street performers. This makes the downtown considerably more friendly and enjoyable to walk through.

It is a model that the city of Winnipeg should adopt in the Exchange District, which functions as our own historic, social, and retail hub. There are many routes, such as Arthur Street and Albert Street that could fill a similar need in our downtown . Although Albert Street features a parkade, it stands near the mouth of the street. Any closure could easily circumvent its access routes and leave it open. These streets already feature excellent local businesses and serve as key pedestrian routes in the area. By closing these two roads down to vehicular traffic, you would connect the heart of the Exchange District and make it more attractive to those working, living, and visiting downtown.

If this suggestion is too extreme for city planners, closing the streets to traffic in summer alone should be considered. This is not a difficult feat and would create a dramatic shift for the busiest and most popular months of the year. This may seem like a trivial proposal, but the physical layout of our city is critical to what kind of neighbourhoods we live in and how supportive our infrastructure is for our social and economic well-being. The Exchange District has become a critical communal point of social activity in our city and we should do everything we can to support this.

In support of opposition to exam surveillance software

May review from UMSU’s president