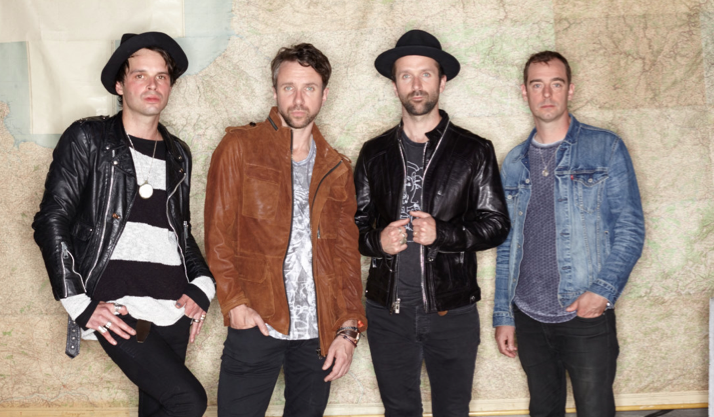 Off the back of a new album release, Canadian hard rock band the Trews kicked off their national tour earlier this month and will be making a stop at the Burton Cummings Theatre on Nov. 26. While on tour, they will be performing songs from their latest compilation, Time Capsule. Released in September, Time Capsule is a collection of the band’s hits songs and new tracks.

“We tried to put [music] that resonates the most with our fans,” said John-Angus MacDonald, the band’s guitarist.

Despite being an album of predominantly hit singles, Time Capsules is not a mere compilation of chart-toppers. Tracks such as “Ishmael and Maggie” that were never released as singles but became live staples are included. Despite never topping the charts, fan favourite “Highway of Heroes” is featured along with four new tracks on the album. One of those new tracks, “Beautiful & Tragic,” was co-written by Canadian pop artist Serena Ryder.

Time Capsule provides a great introduction to the Trews, giving young hard rock fans and enthusiasts the opportunity to go back in time and listen to the best of the band’s catalogue. The album showcases the range of the band’s songwriting and musical capabilities.

The Trews, whose first studio album was released in 2003, are originally from Antigonish, NS and eventually moved to Toronto.

MacDonald, who has been with the band since its inception 13 years ago, is grateful that the band has made commendable strides and grown over the years as this allowed them to deliver better music and performances to their growing fan base.

As the band grew, they discovered and solidified their sound as a group. Their heavy rock tunes, often featuring loud guitars and smashing drums, have become their signature sound – one that resonates with their fans.

Although the band has undergone many changes over the years, MacDonald believes that their songwriting has evolved the most.

“Now [our creative process] is more expressive, everybody’s starting to write more, we’re more focused on the ‘bones’ of the song as opposed to the arrangement necessarily as we write,” MacDonald said.

“We feel like we’ve written the best stuff that we’ve ever written like, right now, or at least we’ve remained curious about songwriting [as a] craft.”

Re-releasing tracks is often seen as a bookend to a band’s career. This is not the case for the Trews, however, who already have another album in the works. The band members’ vast experience motivates them to continue making music and further refine their sound.

“[Time Capsule] is a new record, but it features 16 songs our fans have already heard, so we want to make sure we follow up with a brand new album as soon as we can,” said MacDonald.

Over the course of their illustrious career, the Trews have played in Winnipeg numerous times and will be returning this month. The band has had some memorable moments in the city and is relishing playing in front of their Winnipeg fan base again.

“We’ve had so many great Winnipeg experiences. Our first ever sold out headlining show was in Winnipeg back in ’03 or ’04 at the Zoo,” said MacDonald.

The Trews will be performing at the Burton Cummings Theatre,Nov. 26. For tickets and more information, visit www.thetrewsmusic.com/live

Two-for-one? What is this, Costco?