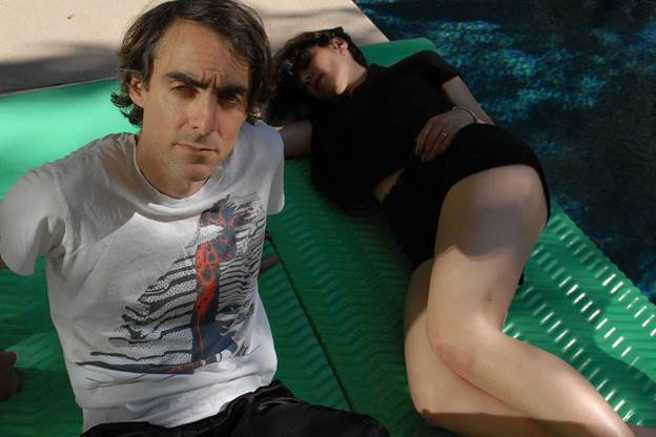 Toronto’s musical duo Snowblink’s album Returning Current explores the depths of human relationships and fragility. The recording process was guided by a mood board that used phrases, places, and imagery to direct the musicians, engineers, and producers. Together, they composed 10 uniquely approached songs that were created through a variety of sounds that the band explored, from acoustic instruments to layers of analog processes.

The band, which consists of Daniela Gesundheit and Dan Goldman, released their latest album earlier this fall to critical acclaim. The album, which was produced, written, and performed by the duo, is divided into two halves tagged “day side” and “night side.” The difference between the two is more evident in the content of the lyrics rather than the music itself.

The album is fronted by Gesundheit as the lead vocalist. Her vocals, pure and effortless, create a somber listening experience. The personification and imagery in the lyrics combines well with the beautiful musical composition to create the illusion that the songs have been modified from ancient songs. As such, listeners must be attentive to understand the essence of the songs and their sound.

The instrumentation and composition on the album suggest a traditional Japanese influence. This is evident by the album’s soothing melodies and rhythms especially in “Feel Like a Man” and “Foothills.”

In Returning Current, Snowblink presents a brilliant collection of blissful folk melodies that highlights the pain, struggles, and hope that every aspirant faces. The lyrics are very personable and the sound is as soothing as rain.