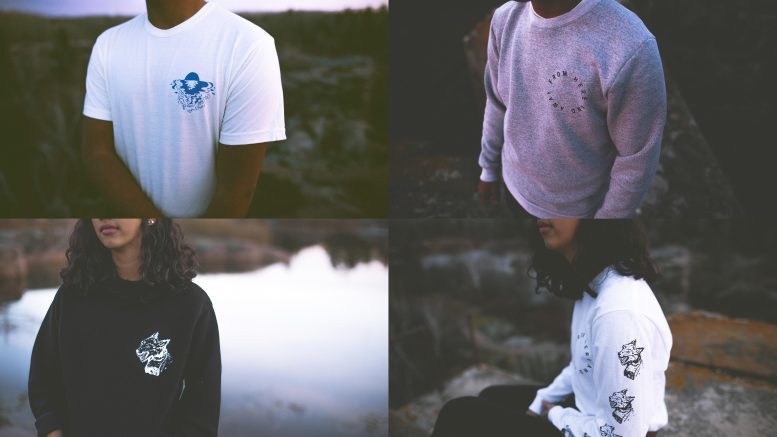 Last year, local artist Joseph Visser funded From Here & Away – a community of individuals working together to encourage creativity and increase accessibility to art. The project started as a tag on Instagram intended to create connections between individuals all over the globe. Quickly – more quickly that Visser imagined – the community evolved into a brand dedicated to encouraging others to make art, and helping bring art to people who do not otherwise have access to it. Now, From Here & Away is more than just an idea – it is a tangible brand offering support, community, and workshops for its supporters and followers.

“Throughout the year, I’ve been working to build trust with a broader audience, beyond the people who have supported From Here & Away from the beginning. Now, I feel like the things I wanted From Here & Away to represent have been realized: accessibility, encouragement, and establishing a safe space to be creative in,” said Visser.

Visser has also been working with various manufacturers and businesses to create From Here & Away products to contribute toward the community art initiatives the brand wants to support. The products, so far, range from mugs, to hats, to button packs – all with the goal of being useful and serving a higher function.

“Before I even started making any sort of goods, I looked at what I wanted to do and achieve with it, and who I wanted to support, and I decided 25 per cent of anything that I earn profit-wise would go toward funding community art projects for people who might not have access otherwise for socio-economic reasons. That was a huge thing for me – I wanted to make products that represented something real, and I also wanted it to have a direct benefit to supporting creativity and art-making.”

Visser saw his idea become a reality following the success of the first line of From Here & Away products – a leather travel journal, an enamel camping mug, and wool toques. With the proceeds from the products, Visser funded an art project for children attending summer camp at the Indigenous Family Centre.

He bought 15 disposable film cameras and gave them to the children, after a quick lesson in the art of point-and-shoot photography and a short workshop.

“My main message to them was that I wanted them to go and take photos of whatever is interesting to you – it doesn’t matter if it’s interesting to anyone else,” explained Visser. “For me, the reason photography is valuable is that it can help you connect and communicate. What I wanted this project to achieve is a view of that neighbourhood from a first-person perspective, from kids who actually live there and experience that neighbourhood.”

“I think what we were left with was this really beautiful, accurate, untainted project. And the great part is, that project was completely funded by people who bought From Here & Away products.”

Now, Visser is set to launch the first collection of From Here & Away clothes at the end of the month after a long year of developing the brand and designing the clothes.

“The transition to clothing was always something I wanted to do, and now I really hope that people get it. I know it will take a while for people to really get it, and that’s okay. I really feel like it’s a natural, organic progression and I hope it can strengthen the existing community and finally provide an answer to the ‘what’ after I’ve spent the last year answering the ‘why,’” said Visser.

“The reason that I wanted to make clothes is because I wanted to make a brand that represented something real, and also took actual action to support the community that it claims to support. The last year was me trying to make From Here & Away into something that held meaning for people and actually impacted lives in one way or another,” he said.

The collection is inspired by the rawness and honesty of the Canadian Shield – and is all ethically manufactured in Canada. The collection is made to be extremely wearable and functional, with comfort being a major emphasis during the design process to help the wearers survive the brash Winnipeg winters. Visser sees the clothes as a tangible realization of the ideals From Here & Away actively promotes – leadership, respect, and artistic integrity and encouragement.

“In terms of how this collection looks and how it feels, it’s probably a little bit out of left field for some of the followers and supporters. I wanted to create something honest and different – just honest to who I am as a person and as an artist, and what I think From Here & Away has developed into,” said Visser.

“I wanted the clothing and the designs to embody the ideals I see in From Here & Away and put them on display in a tangible, wearable, functional way.”

From Here & Away launches their first clothing collection on Nov. 27 at Forth Projects rooftop patio (171 McDermot Ave) from 7 – 10 p.m. Visit the From Here & Away Facebook page for more details.