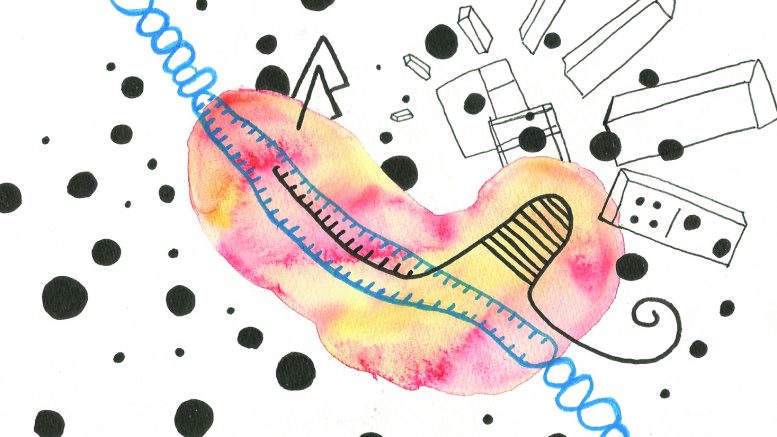 CRISPR, a relatively new method of editing genomes, has been used for the first time on a human patient in China.

Let’s break down this pretty amazing statement. CRISPR technology is primarily built to fight cancer – the patient in China has metastatic lung cancer – and works by allowing scientists to focus on a specific gene, tweak it, and insert it back into the body of the patient in hopes that it will attack the cancer cells. This is done through the use of an enzyme (which can cut strands on DNA) and a piece of RNA that is used to guide CRISPR to specific parts of the gene and then bind to it. With these two molecules working together, scientists can alter cells. While CRISPR has been tested on monkeys and human embryos, this marks the first time a human has been given this treatment.

This particular patient was treated by a team of researchers led by oncologist Lu You at Sichuan University. The team extracted cells from the immune system of the patient, removed a gene using CRISPR technology, and then cultured the cells to create a large batch. These cells were then injected back into the patient. The gene removed is one that cancerous cells use to multiply further, and it’s hoped that these edited cells will be able to fight, and even destroy, the cancer. While not much is known of the patient’s condition, Lu noted that the treatment went well, and that the patient will be receiving a second injection in the near future.

While this is not the first time gene editing has been used to treat cancer, the CRISPR method is so revolutionary because of its simplicity and its low price tag. While other treatments required more strenuous treatments for both the scientists and the patients (an infant treated with a different method of gene editing last year had to have her pre-existing immune system destroyed in the process of receiving the edited cells), CRISPR works as more of a cut-and-paste tool, and scientists can paste in ‘steps’ to fight cancer cells. Basically, scientists can give the cells they’re tweaking instructions to attack specific, cancer-causing cells.

Now that the first patient has reacted well to the treatment, the research team now plans to treat 10 people, who will be monitored for six months.

While gene editing is a promising innovation in the field of medical science, its progress has been hindered in the past due to ethical concerns. The most common argument is the fear that gene editing could eventually progress into what is often called “designer babies,” a sort of dystopian future where embryos are genetically altered to maintain a standard of desirable traits.

While this might be a ‘side effect’ of sorts to progressive gene editing, there have been great strides in the field of cancer treatment. This particular treatment, for example, bypasses many of the ethical concerns surrounding gene editing as it does not create hereditary genetic tweaks.