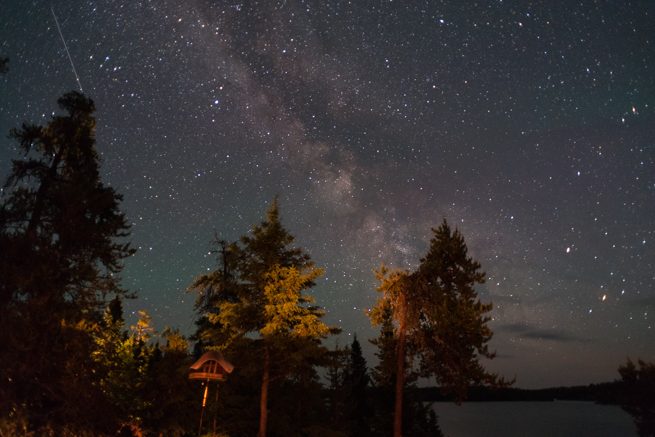 New research from a team of astronomers comes with a strange theory: that aliens are out there, and they’re trying to communicate with us through unusual star activity.

The study comes from a paper published in the Publications of the Astronomical Society of the Pacific, co-authored by two Canadian astronomers, Ermanno Borra and Eric Trottier from Université Laval in Quebec.

The research is relatively simple in theory. The team observed the activity of 2.5 million stars with the help of the Sloan Digital Sky Survey (SDSS). The SDSS, which has collected data available to the public since 2000 with the use of a 2.5mm optic telescope in New Mexico, has data imagery of approximately 35 per cent of the sky. What they found in those 2.5 million stars was fairly typical – except for a very small fraction of stars. 234 stars (that’s 0.0094 per cent of the observed stars) acted oddly. The odd activity is actually just specific modulations, which present themselves as quick blasts of bright light. Basically, 234 stars were exhibiting light activity that was different than the rest of the stars, but were in sync with each other. The paper puts it best: “Finally, we consider the possibility, predicted in a previous published paper, that the signals are caused by light pulses generated by Extraterrestrial Intelligence to make us aware of their existence.”

But like all possibilities of alien life presented to the public, the excitement that follows overshadows the skepticism of fellow scientists. In an email to Astronomy Magazine, Seth Shostak, senior astronomer at the Search for Extraterrestrial Intelligence (SETI) Institute, says that behind the headline, there isn’t much proof of alien life forms seeking human contact.

“I am quite skeptical, in particular, of the data processing that can take spectrally sampled data, and infer time variations. So I’d be a little careful,” Shostak said.

The paper and its tantalizing claims have caught the eye of the Breakthrough Listen Initiative, a US$100 million program that boasts a board with members including Stephen Hawking and Mark Zuckerberg.

The program plans to investigate the 234 stars, but stresses that more research is needed before claims of alien contact can be pursued any further.

“The one in 10,000 objects with unusual spectra seen by Borra and Trottier are certainly worthy of additional study,” the Breakthrough Listen Initiative wrote in a press release.

“However, extraordinary claims require extraordinary evidence. It is too early to unequivocally attribute these purported signals to the activities of extraterrestrial civilizations.”

The press statement also notes that these strange star modulations are less significant than they seem when placed on a quantifying scale of previous cases of possible alien activity. Breakthrough Listen refers the Rio Scale, a 1 to 10 scale used to determine the significance of a scientific discovery in regards to it “proving” or validating the existence of extraterrestrial life. The Rio Scale is used by the Berkeley SETI Research Center (BRSC) – a program sponsored in part by the Breakthrough Listen Initiative – that conducts experiments that seek out “electromagnetic signatures of intelligent extraterrestrial civilizations.”

“The BSRC team assesses the Borra-Trottier result to currently be a 0 or 1 (None/Insignificant) on this scale,” the program wrote in a press release.

“If the signal were to be confirmed with another independent telescope, its significance would rise, though an exhaustive analysis of other possible explanations, including instrumental phenomena, must be performed before supporting the hypothesis that artificially generated pulses are responsible for the claimed signal.”

Even Borra and Trottier themselves are admittedly not completely sure of this idea. The paper mentions that, “this hypothesis needs to be confirmed with further work,” and adds that there is a very unlikely chance that the cause of this star activity is actually due to abnormal chemical compositions in the stars.

So is the truth out there?

While these claims may just be a catchy headline and nothing more, if you’re a science fiction enthusiast who grew up watching the X-Files, it may compel you to believe. And here’s the thing: as fantastical as some of these claims may seem, you would not be alone. Fellow believers include Stephen Hawking and Charles Bolden (the current administrator of NASA).

Carl Sagan, scientist and the iconic former host of Cosmos: A Personal Voyage once said it would be “astonishing [to him] if there weren’t extraterrestrial intelligence”. But in the same quote, Sagan added that there wasn’t properly compelling evidence that proved it yet.

“I try not to think with my gut,” Sagan said.

“If I’m serious about understanding the world, thinking with anything besides my brain, as tempting as that might be, is likely to get me into trouble. Really, it’s okay to reserve judgment until the evidence is in.”

Within that lies an important thing to remember: we still don’t know. But part of what makes the search for extraterrestrial intelligence so compelling is the fact that we do know so little; only a miniscule percentage of the universe has been viewed by mankind. The full extent of the universe is incomprehensible to scientists as of now. And within that incomprehensible space may lie the answers that prove alien life is out there.

Beyond the steel cages