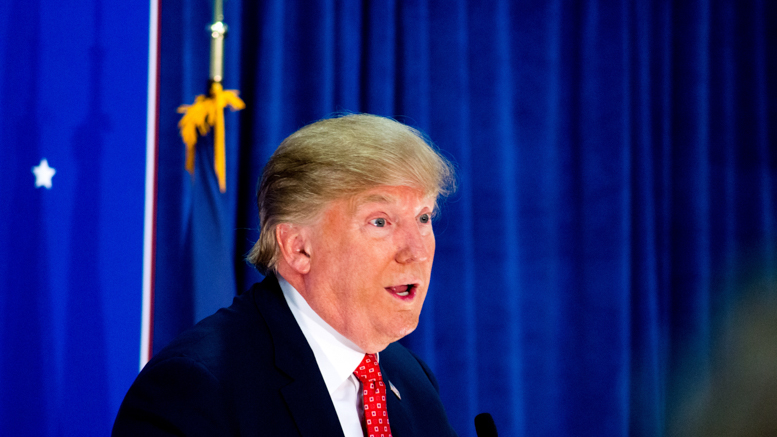 On Nov. 8, Donald Trump became the leader of the world’s preeminent superpower. What began as a joke has quickly become a dark reality for many Americans.

After over a year of erratic tweets, blatant lies, and rambling speeches, one thing is clear: America’s newest president-elect is the least prepared in the country’s history.

At best, Trump’s victory has shown that America is ready for a change. At worst, his win has taught people that hateful, sexist, racist, Islamophobic rhetoric is a winning message. And he has demonstrated that he is not alone in his views.

Trump’s campaign was fuelled by the underlying anxiety from a predominantly white following – and he ran with it. Their hatefulness fed his hatefulness in a vicious cycle. He used the anger of the declining middle class as momentum, touting the need to stop foreign countries from stealing jobs and rallying to protect the southern American border.

Trump ran on a platform of fear and hate, and won.

To millions of Americans, Trump is an outsider to the political scene who is upfront and will bring about much-needed change. The problem is, the majority of the people who voted for Trump do not need someone fighting for them; their privilege does that already. The ones needing a champion – the LGBTTQ* community, women, minorities – are now left with a rich president who was born into a wealthy family and has not a care in the world about the issues that affect them every day.

Was Clinton a perfect candidate? No. But she was an intelligent, competent, resilient leader who is a hell of a lot more qualified than the president-elect – and is certainly a better role model to young people. Throughout her campaign, no matter how you feel about the strategic model she used, there is no denying that her candidacy was inspirational to young girls and women nation-wide. In her concession speech, in addition to directly addressing her disappointment, she offered a message of hope to those looking up to her: “To all the little girls who are watching this, never doubt that you are valuable and powerful and deserving of every chance and opportunity in the world to pursue and achieve your own dreams.”

She is a dedicated public servant who has been heavily involved in American politics as senator, first lady, secretary of state, and presidential nominee. Yet she was unable to overcome the distrust the American people felt towards her – which developed as scandal after bogus scandal emerged.

Now compare her to Trump, an egotistical, greedy businessman who has cheated his customers for decades – not to mention his incredible sexism, racism, Islamaphobia, and misogyny. One would think the racism and sexism exhibited by Trump are irredeemable character flaws and yet this man has been elected the 45th president of the United States.

Yes, the American people wanted radical change, and Clinton was not the one to do that. But the radical change Trump will bring to the country is not the type of change it needs; in fact, it will undo much of the progress made over the course of recent decades. If Trump follows through on the promises he made, millions of immigrants will be deported, the country will fully embrace a “trickle-down” economic plan that has proven time and time again to be ineffective, and women’s rights will move back roughly 40 years – which is ironic after seeing a woman come so close to achieving the country’s highest political office.

How could someone with a mother, daughter, wife, or any sliver of a sense of social responsibility vote for a man who says he grabs women “by the pussy,” ridiculed a disabled reporter, has had 24 women come forward claiming Trump sexually assaulted them, wants to defund Planned Parenthood because “of the abortion factor,” and pledges to repeal the Affordable Care Act?

The implications of his election are devastating. Photo after photo of people in tears have emerged. Supporters being upset following the defeat of their candidate is normal, but this is something new. Some people didn’t like Obama, and some people didn’t like Clinton, but this goes beyond not agreeing with a politician’s politics. People are genuinely fearful of what their lives will look like – and rightly so.

Almost 60 million people voted in favour of oppressing the rights of LGBTTQ* individuals, minorities, and women. Devout Muslim women across the U.S. are too fearful to wear their hijabs because Trump’s rhetoric has already been linked to an 89 per cent increase in hate crimes against Muslims. Young men across the country have learned that sexually assaulting a woman is not enough to keep you from holding office, and women have learned that their alleged abusers can become president. LGBTTQ* children will grow up needing to persuade people that they do not need conversion therapy to “cure” them. The former leader of the KKK has said that Trump’s election is “one of the most exciting nights of [his] life.”

What is perhaps even more terrifying is the fact that Trump’s fear and hate rhetoric has resonated with other politicians across the globe – including in Canada.

Conservative leader hopeful and former Status of Women Minister Kellie Leitch has latched onto Trump’s victory, claiming that it’s an “exciting message that needs to be delivered in Canada as well.” She has proposed screening incoming immigrants, refugees, and visitors to Canada to ensure they have “Canadian values.”

America has been irreversibly broken from the inside out. It has become a country that is dramatically less free for many of its citizens – for four whole years. This isn’t something the world should forget; this is something we need to remember and never let happen again.