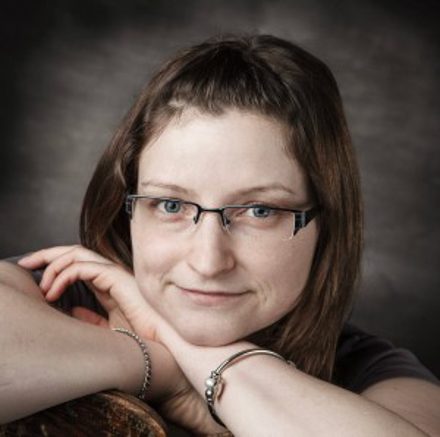 In 2002, Jordan Miller graduated from the University of Manitoba with a bachelor of fine arts degree (honours) with majors in drawing, painting, and mixed media. At the time, there were no galleries in Winnipeg accepting recent art graduates, and few available studio spaces for artists.

With the help of a group of friends, she decided to open a gallery named 5 on Third. Later on, the ownership of 5 on Third changed hands and, with Miller acting as the president, it was renamed Outworks Gallery. Miller’s relationship with Outworks Gallery lasted till 2006, when she took the step to start her own: cre8ery gallery and studio.

Miller opened cre8ery while working on an arts and cultural management diploma at the University of Winnipeg, and, given her skillsets and passion, it appeared to be the right course of action for her. At that time, she had worked for and with several galleries and studio spaces in the city and, as such, she knew the inner workings of galleries and the need for young artists to find receptive spaces to enhance and display their creative talents.

Cre8ery has been open for 10 years now. In that time, Miller has run the business as a sole proprietor – managing and financing the gallery’s daily operations. She runs the rental and membership-based gallery with a mandate to give artists an accessible and affordable space to showcase their work. As a self-employed gallery owner and artist, she takes pride in the independent business she has built for herself and other artists.

“I never tell an artist they can’t have a show at cre8ery. The only catch is, everything needs to be [up] for sale as I need to make a living,” Miller said, “I would like to see artists be success stories and survive off their art.”

Cre8ery gallery and studio pays key focus on the artists by offering workshops, studio rentals, consultant services, and lesser commission rates. While most art galleries collect up to 50 per cent commission on sales, cre8ery takes only 25 per cent.

Miller, who is a professional painter, considers art to be a continuously evolving process. Personally, she has delved into diverse art styles and media and based her works on a wide range of themes – from her environments to her relationships. She believes each of her paintings’ voices become fully defined upon completion.

“In art school, in my third year advanced drawing class, Sharon Alward [a professor at the University of Manitoba] changed my concepts in art to be less about others and more about me,” Miller said.

“This took me on a journey of relationships with my family, and struggles I had in my youth with a sense of belonging to ‘something’ as I grew up in a small town where art was a hobby and a class in junior high.”

Since graduating from the University of Manitoba, Miller has made a name for herself in the Winnipeg arts community, mentoring several artists on the creation and marketing of their art. In 2011, she was the recipient of the YMCA-YWCA of Winnipeg’s 35th Annual Woman of Distinction Award (Arts Category) and most recently she was named as one of the finalists of the 2015 Future Leaders of Manitoba Award.

Currently, Miller is working on an exhibition for the Gallery in the Park in Altona, Manitoba, open from June to July 2017. The exhibition will be titled relationships.

Visit www.cre8ery.com for information on upcoming exhibitions and hours.

Mental health resources at the University of Manitoba

In support of opposition to exam surveillance software