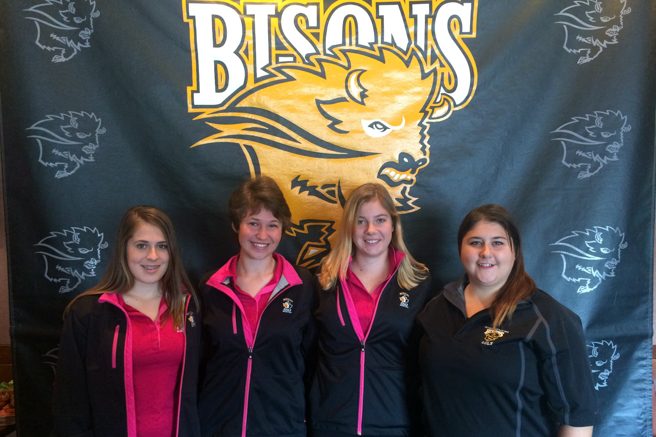 Bison Sports announced that a women’s golf team will make its return in time for the fall 2017 season. The team is slated to play as a member of the National Association of Intercollegiate Athletics (NAIA), while competing in events across the northern U.S. and attempting to qualify for the 2018 Canadian championship.

The Bison women’s golf program began in 2001, but ceased operation in 2011 due to a lack of interest and female golfers in Manitoba.

The team had a run of success in its brief decade of existence, winning the 2009 and 2010 St. Cloud Classic. The original team also placed third in the 2006 Canadian University/College Championship.

The team will be coached by former Manitoba Junior Champion Bri-Ann Tokariwski, who is also a three-time Manitoba Women’s Amateur winner. Tokariwski was a member of the original Bison women’s golf team, as well as numerous provincial teams. The men’s team coach, Garth Goodbrandson, will also provide oversight of the women’s team while assisting with fundraising.

“We are confident that there will be lots of interested young girls who would like to play on the Bison women’s golf team for quite some time,” Goodbrandson said in the press release. “The interest and the quality of junior girls golf has improved tremendously.”

In an interview with UMFM, Goodbrandson also noted that the depth and quality of women’s golf in the province has improved, thanks to the efforts of Golf Manitoba.

Manitoba’s governing golf body began a program for the 2012 Manitoba Games, allowing young female golfers to receive training under Manitoba professionals. To date, there are now 20 young players involved in the program, with more expected to join as time goes on.