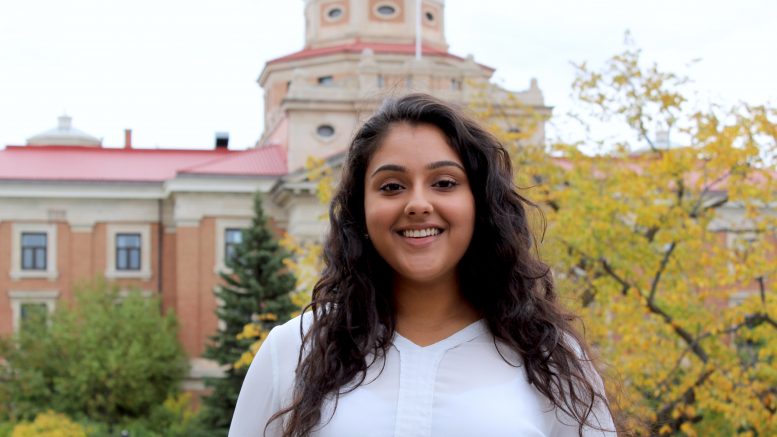 The University of Manitoba Students’ Union (UMSU) adopted a motion at its regularly scheduled council meeting on Oct. 12 committing to advocate for international students should the provincial government decide to hike tuition fees.

Motion 297, introduced by the UMSU executive, comes after recent double-digit percentage tuition increases for international students at the University of Manitoba, while tuition for domestic students has remained frosen or rose at the rate of inflation for over a decade under the former NDP government.

The motion calls for the provincial government and U of M board of governors to lock any future hikes in international student fees to the same rate as domestic students.

An amendment to the motion stipulating that UMSU also oppose tuition hikes for all students, international and domestic alike, was also introduced and adopted at the meeting.

UMSU president Tanjit Nagra voiced her concern over the trend of tuition hikes, saying, “If we look at what happened with the budget approval by the board of governors back in the summer session of 2015, it was voted in favour to increase international student tuition by about 15-17 per cent, depending on which faculty you were in.”

“That set a lot of students back,” she said.

The motion also comes at a time when the Progressive Conservative provincial government is hinting at raising tuition fees across the board.

In an interview with the CBC earlier this month, minister of education and training Ian Wishart said, “[Manitoban universities are] considered a deal, especially by foreign students. So we have to keep those things in mind, but we also have to make sure post-secondary institutions have sustainable funding arrangements. And that means we have to review where we sit.”

Canadian Federation of Students–Manitoba (CFS-MB) international students’ commissioner Saif Baloch told the Manitoban that the motion passed by UMSU is a positive step for the union, calling it a “crucial stepping stone.”

On the amendment to oppose all tuition hikes for both international and domestic students, Nagra said, “Given the recent comments about removing the tuition cap, it’s a concern to us and also what could happen to funding to post-secondary in general.”

The UMSU executives are scheduled to meet with Wishart at the legislature on Oct. 31.

“This is the first time we’re really getting the opportunity to sit down with the minister with just our executive team and talk about UMSU and our members and what issues there are at the U of M for undergraduate students,” said Nagra.

How to not break the bank