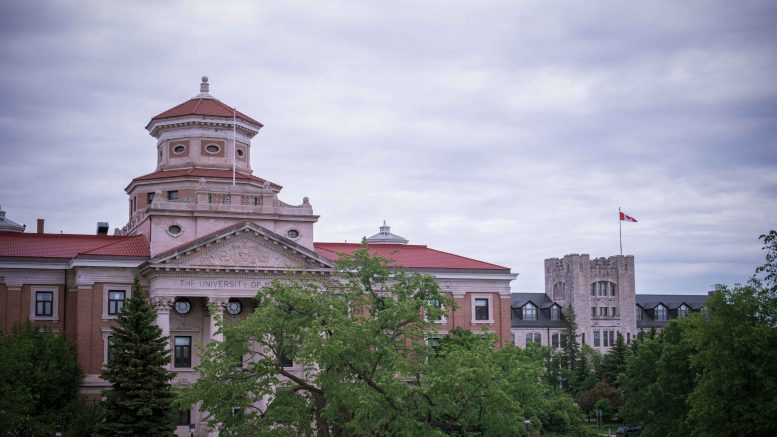 The University of Manitoba Faculty Association (UMFA) will hold a strike vote next week after receiving near-unanimous support for the ballot at a special general meeting Tuesday.

All but four of the 230 members of the association who attended the meeting supported polling the entire membership’s willingness to walk off the job if their demands are not satisfied at the bargaining table. One member voted against the motion and three abstained.

UMFA represents nearly 1,200 professors, researchers, and librarians and has been without a contract since its last three-year deal expired March 31. Full-scale negotiations have been ongoing since the end of May.

UMFA leadership called the special general meeting after university administration presented a four-year offer to the union that would see salaries increase by seven per cent.
UMFA president Mark Hudson said the latest offer from the university does not go far enough toward addressing the union’s concerns surrounding governance issues and performance indicators, and fails to give faculty a stronger voice in guiding university policy.

“The reason that members are willing to authorize a strike vote at this point,” he said, “is because the administration has not gone very far down the road at all towards acknowledging those priorities and helping to make them a reality.”

The university presented the association the four-year settlement offer on Sept. 13. Details of the offer were published online Sept. 28, before UMFA membership had met to discuss the proposal.

Including existing annual increases and proposed salary bumps to address specific areas of need, the average UMFA member’s salary increase will be closer to 17.5 per cent over the span of the four-year contract, according to a university release.

University of Manitoba executive director of public affairs John Danakas said the administration remains committed to reaching an agreement at the bargaining table.

“The university remains hopeful that the two sides can continue discussions and reach a negotiated settlement,” he said, noting stability for students is a key priority for administration.

The two sides are scheduled to meet again Friday.

University of Manitoba Students’ Union (UMSU) president Tanjit Nagra indicated that although the union’s executives are keeping a close eye on the strike vote, the union is not ready to release an official position on the possibility of an impending strike.

Nagra said that she has met with both UMFA and administration officials in order to stay updated on the situation and will meet again with both sides during the vote next week.

The strike vote will run from Oct 11-13, with results expected to be tallied late next week.

Hudson said a strike mandate would not see picket lines spring up overnight, saying “there’s a long time in between that strike vote and a deadline that we would want to put forward to the university in terms of negotiations.”

“UMFA members don’t contemplate strikes very lightly – we’re not keen to being out on a picket line,” he said.

“We do it because we feel we need to defend the institution to which we have dedicated our professional lives. And we do it because we think the things that are at issue on the table are of enormous relevance – not just to our own working lives but to the quality of education at the U of M.”