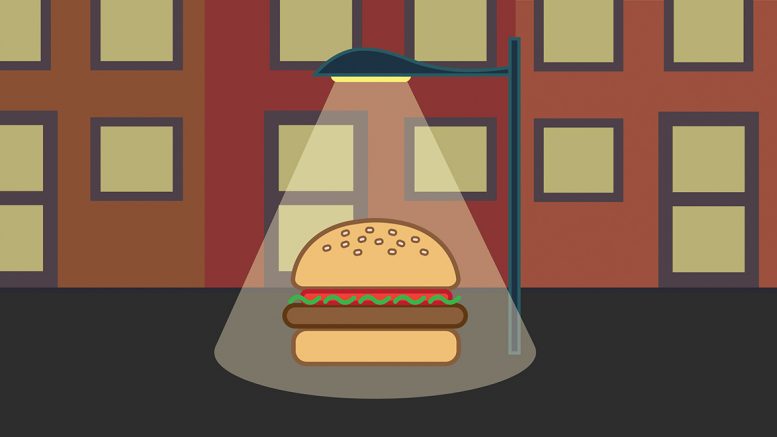 I had the fortune of backpacking across Europe this summer, visiting major cities and cultural centres across the continent. It was a tremendous experience. Visiting historic sites, exploring the dense, vibrant streets, and feeling a substantial appreciation of the culture and history of those areas was exhilarating. One of my favourite elements, though, was the rich availability of late night food options in those areas – an area in which Winnipeg sadly and sorely lacks.

Across the world, food brings us together in a way few other elements of life can. We break bread over a meal, we toast in celebration, and we offer free snacks as a means to entice people to come to public meetings.

Winnipeg is a city of great cultural value. It boasts a tremendous arts and music scene and is constantly taking these facets to the next level. One only has to look at events like Nuit Blanche, where thousands of people explored our downtown and core areas to interact with accessible art. Similarly, we’re embracing winter like never before through skating paths and pop-up restaurants during the day.

In my own neighbourhood, it is next to impossible to grab a bite to eat after midnight despite the fact that some of the best eateries the city has to offer are on Sherbrook. As this area hosts an increasingly vibrant nightlife in the city, it’s odd that you can’t find anything other than an occasional slice of pizza, a quick burger, or chips from a gas station to eat in the wee hours of the morning. In other words, what is available simply doesn’t satisfy those late night cravings.

I can’t speak to the suburbs of Winnipeg, but I gather that the offerings of Waverly West are similarly suspect. Beyond the allure of a Tim Hortons or a 7-Eleven, do our outlying areas offer much in the way of imaginative late night eats? Does Charleswood have a sacred gem that I’m unaware of? Admittedly, most of my late evenings are not spent out in the burbs, except on the occasional bike ride through.

While I could wax poetic for hours on this topic, I’m much more inclined to try and move towards a positive solution, namely one that opens the door for an elusive late night snack. In the past few years, I’ve seen our summers come to mean an expansive and still expanding range of options for food trucks on Broadway. Many such establishments now make appearances at our popular music festivals as well. Alas, they disappear in the winter and certainly after 4 p.m. leaving the late night crowd somewhat unsatisfied. I don’t think I am only one longing for something.

Let this stand as a call to action for Winnipeg’s creative and entrepreneurial class. There is room to imagine on how to address this issue. Certainly, one should think that there is a market demand beyond stale pizza and the drive thru window. I’d like to see it happen, and I’d like to see it come forward as something unique to our city.

Winnipeg, are you up to the challenge?

Do you have a favourite late night haunt? Email zach@themanitoban.com or tweet @ZachFleish with your favourite suggestions.

Snowpants will never be sexy