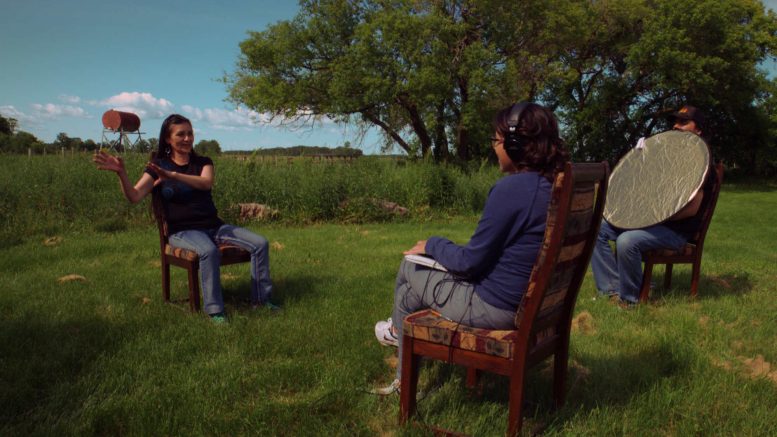 Cultural attires showcase and preserve values, traditions, and history. It is easy for the essence of these garments to be lost on people in multicultural and diverse societies like Manitoba’s. With this in mind, University of Manitoba student Andrew George started a project to illustrate the power of Aboriginal culture and educate people on the significance of moccasins to Aboriginal history in Canada.

George, who is currently enrolled in the university’s bachelors of education program, was first approached by Manitobah Mukluks, an Aboriginal-owned footwear company, to teach people how to make moccasins.

“They were looking for someone to conduct video tutorials on making moccasins. They said they can’t find enough instructors to keep up with the demand,” George told the Manitoban.

“The project never went through but I immediately started to wonder why there was an interest. This led me to wonder about the cultural significance of moccasins to Aboriginal people.”

Through his findings and revelations, George realized what moccasins represent to the Aboriginal culture and decided to work on a documentary, titled Moccasin Stories.

The stylishly comfortable footwear has been in existence for a long time and is known be part and parcel of the cultural history of the indigenous people of North America.

“Moccasins represent so much to Aboriginal culture: resilience and patience. Think about the culture surviving through years of genocidal tactics and assimilation.”

George reached out to Charlene Moore, who is studying in the indigenous governance masters program at the University of Winnipeg, to direct Moccasin Stories and received funding and support from MTS TV’s Stories from Home program.

With the right pieces in place, production of the Moccasin Stories have commenced with a release date scheduled for early 2017. The documentary, which will include interviews with several Manitobans, will focus on educating viewers on the cultural significance of and craft of making moccasins.

“Expect this documentary to give you a clear idea on how engaging with the act of making moccasins can impact your life on a personal level and in your family and community. We hope […] you’ll truly appreciate it and its significance to Aboriginal culture.”

George hopes the documentary becomes a transmedia resource guide for educators and enthusiasts. He hopes to continue to push for greater awareness of the significance of moccasins through information provided on the documentary’s website, moccasinstories.ca.

“This will likely be my last major project for a while. I’m focusing on a career in education,” George said. “I hope to take this project, house it online, and continue the discussion on the significance of moccasins through media and lesson plans.”

That being said, more support is needed to ensure the project continues and the documentary comes to life. George has opened a crowdfunding campaign through Indiegogo that will help in staging a premiere gala event and continuing conversations about Aboriginal culture and history.

“If people can’t contribute to the project financially, like our stuff through social media, join our email list, share it. The more people we have backing the project, the stronger it will be,” said George.

To learn more about the upcoming documentary, visit moccasinstories.com. If you would like to contribute to bringing the project to life, visit www.indiegogo.com/projects/moccasin-stories