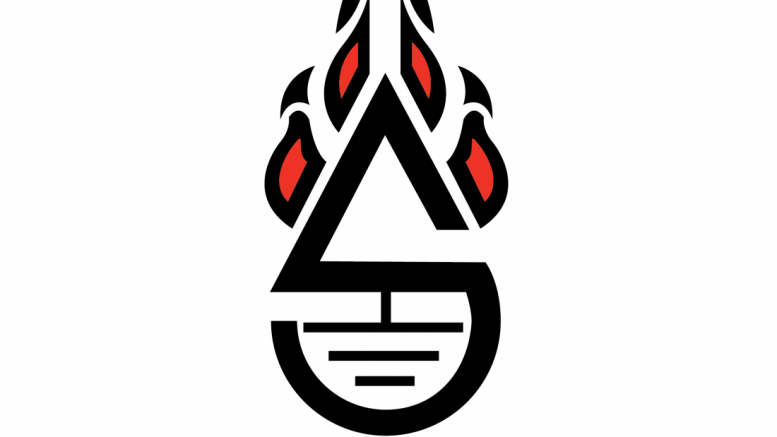 As Winnipeg brims with new, upcoming bands and musical talent, Solhounds has managed to stand out with their own unique brand of hard rock. Just last year their previous frontman and lead guitarist quit the band, and was replaced by Elise Roller. This change didn’t slow them down but allowed them to hone their sound – they describe themselves as “desert doom rock” on their Facebook page.

For those unfamiliar with the genre, desert rock emerged from Palm Desert, California in the 90s with bands that merged features of blues, pschedelic rock, heavy metal, and even punk – the most famouscontributor to the scene being Kyuss, the original high school band of Queens of the Stone Age frontman Josh Homme. Basically, it’s stoner rock. But stoner rock you can head bang and dance wildly to.

It’s not just their grooving riffs or thumping beats that make their music so infectious. Solhounds are also a refreshingly feminist and truly punk group. Rock and roll is notoriously misogynistic, and even today women are largely ignored in the genre. Roller is a high-energy, intense punk performer. Yet despite her talent, she is frequently underestimated.

“You hear people whisper. Sometimes when you’re watching a band set up and there’s a girl in it, and people only comment about how she looks or they say the band’s gonna be shitty […] that really makes me want to prove them wrong,” says Roller.

Many of Solhounds’ lyrics are based on feminist issues.

“Every time I get up there I’m basically fighting for my females. I’m gonna show the guys out there what we’re capable of, and I know every woman is capable of this,” she said.

Through their work, feminism becomes synonymous with hard rock, countering the mainstream exclusion of women from the genre.

Roller is fully supported by the male members of the group. The band writes their music together, and helps each other develop their ideas. Morgan Davis (bass), Ian Clements (drums), and Andrew Bontey (guitar) note that men in the industry are still reluctant to work with women, and often look down on them. They believe it is high time women are recognized for their talent, and Roller’s presence makes their sound and attitude more punk than ever.

Clements says that Roller’s addition to the band has allowed them to become the version of Solhounds he had always envisioned. When his brother was the lead guitarist and singer, they were more experimental with genres, or as he calls it, “genre-skipping.”

Solhounds is currently focused on their many upcoming tour dates and writing as much music as they can, as well as getting tighter as a band. Roller joined the band less than a year ago, but despite this, Solhounds deliver live performances like they have been playing together for a decade.

Ultimately, challenging social norms and ideas are what punk and hard rock music are all about. Solhounds does this both musically and lyrically. The band pulls influences from different genres and creates their own sound. They are also overtly feminist, and Roller’s unapologetic femininity is rebellion in and of itself.

You can catch Solhounds performing at Le Garage on Oct. 1, at the Pyramid Cabaret Oct. 31, and at the Park Theatre Nov. 23.