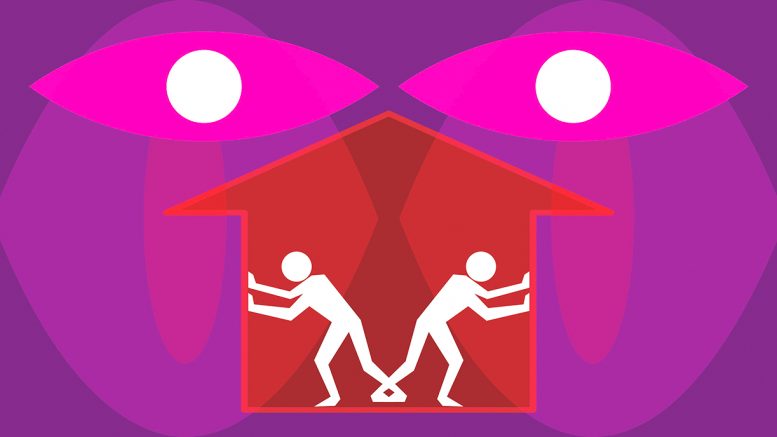 In the already-long list of home invasion thrillers, Uruguayan writer/director Fede Alvarez, who helmed the 2013 remake of The Evil Dead, makes a new addition with the low-budget indie flick Don’t Breathe.

The format is as follows: the lead character, Rocky (Jane Levy) is trapped in her Detroit home with an abusive mother and her boyfriend, along with her younger sister Diddy. Rocky dreams of one day whisking Diddy out of their toxic home to beautiful California where they can start a new life.

To make this dream a reality, Rocky, her badass boyfriend Money (Daniel Zovatto), and nice guy Alex (Dylan Minnette) break into the homes of affluent people and steal their nicest possessions.

It is a system that has served them well, sticking to their one rule of not taking any cash. However, one day Money gets a tip about a man (Stephen Lang) living alone and sitting on over $300,000 in cash. Eventually they all agree to attempt the robbery, as it will be the last crime the three teens need before they hit the sunny and tranquil beaches of Cali.

Like many other films within the horror genre, the film’s setup is chock-full of clichés. Luckily for us, Alvarez explodes these clichés using authentic, well-employed cinematic techniques and succeeds in making a terrifically suspenseful and claustrophobic thriller. Alvarez doesn’t wreck the pace of the movie with boring exposition and details. He shares only the necessary details of our three protagonists with finesse and ease.

That being said, there is one crucial detail to the plot: the man they are robbing is blind, making the heist seemingly impossible to fail. Alas, despite their target’s lack of sight, the outwardly simple theft goes awry almost immediately when the blind man turns out to be a worthier adversary than they could have ever predicted.

The film quickly turns to a game of cat and mouse, with the teens trapped in the house trying to escape the blind man’s clutches. This proves to be a more difficult task than anticipated due to his extensive knowledge of his home, paired with his incredibly perceptive hearing. As one could guess from the man’s ability, there is little dialogue from this point on, with the movie relying on the skills of the filmmakers to deliver the scares.

Both Alvarez and the fantastic cinematographer Pedro Luque use quick camera movement and editing, night vision sequences, and many other marvelously inventive devices to bring their vision to life.

Alvarez’s skillful direction paired with strong performances from the entire cast – Lang in particular works wonders and terrifies all as the antagonist – work to create a surprisingly substantial installment in the horror genre.

For those who are still suffering the aftereffects of summer blockbuster bombs, Don’t Breathe is the perfect fix.

Wild Things, I Think I Love You

The who’s who of Canadiana