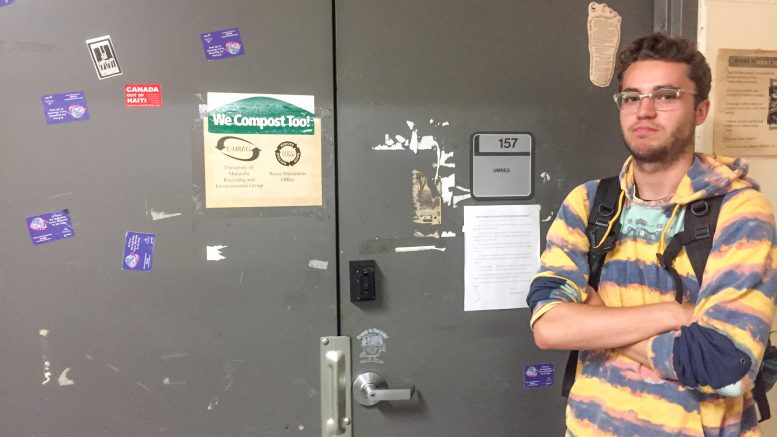 University of Manitoba cyclists are in the lurch after the Bike Dungeon in the Helen Glass Centre closed its doors indefinitely while plans to build a new ‘bike kiosk’ develop.

The University of Manitoba Students’ Union (UMSU) closed the Dungeon in July, to restructure the bike shop’s organization in preparation for a new kiosk, according to a notice posted on the previous shop’s door.

The University of Manitoba Recycling Group (UMREG) opened the Bike Dungeon in 2006 as a rudimentary bike shop with services for students, such as repairs and workshops on bike maintenance, winter biking, and cycling in traffic.

One full-time coordinator, Anders Annell, and a group of volunteers ran the Dungeon for eight years.

UMSU student fees funded the shop, along with profits from repairs that required new or ordered parts.

In July, UMSU closed the Dungeon and posted a notice on the door of the shop indicating a new outdoor campus repair facility is scheduled to open in the spring of 2017.

This came as a surprise to both patrons and volunteers, who said they were unaware the closure was coming.

Part-time Bike Dungeon volunteer Mike Lipinski said he received a text from Annell the day of the closure telling him to collect his things from the shop.

“There was no notice given,” he said.

UMSU vice president external Wilfred Sam-King was unclear  about exactly why the Dungeon closed almost a full year before the new bike kiosk is expected to open.

Sam-King said that by the time the current executive came to office, the previous UMSU council had already made the decision to close the bike shop.

However, last year’s vice president external, Astitwa Thapa, said, “We never decided to close down the Bike Dungeon. It was being restructured to expand services.”

Thapa directed the Manitoban to Annell for more details. However, when contacted, the shop’s only full-time employee declined to comment.

The only remaining place on campus for cyclists to make any repairs is a self-serve station located outside of the east entrance to the Frank Kennedy Centre.

Sam-King did, however, provide more details about the proposed kiosk, which will be a partnership with the university’s physical plant and sustainability office.

He said organizers are looking at placing the kiosk either on Sidney Smith Street or Curry Place, between Migizii Agamik and the Architecture building.

The kiosk will have a repair shop, a workshop station, and bicycles for sale.

Lipinski said he supports the upgraded vision but said shuttering the Dungeon before the new kiosk is operable will push riders away from campus.

“I think that adapting that idea is good,” he said, “but the fact that they’re closing down what we already have in the process is not good at all because that’s going to stray people away from cycling.”

“I biked all eight months last year. Now when I have a problem with my bike, where am I going to go to fix it? I might be screwed,” he said. “That’s the frustrating part, that they closed it and didn’t give any alternatives.”