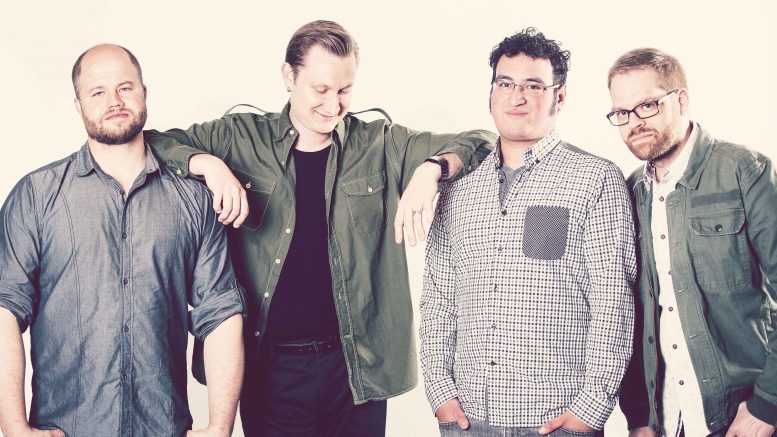 Echoes and reverberations are usually followed by brief periods of silence and reticence. This circle of sounds – or lack thereof – allows the ear to measure, understand and appreciate how golden the sound of silence could be. As brief as it may be, silence breeds awareness and awareness allows for processing, creativity and, finally, rendering.

Plain as Ghosts’ debut album, Rendering, is an appreciation of life’s silent moments – periods that follow a loss or love affair. The album plays on the theme of processing emotions and sentiments and there’s hardly a better band to depict this than the prairie rock band.

The title track opens the album and, within a minute, sets the atmosphere for the vibrant and sonorous rhythms of “Convolution.” “Convolution” and “The Law” are two of the album’s liveliest and grooviest songs. The themes, lyrics, and mood of these two tracks juxtapose those of “Character Witness” and “Alethea.” The latter pair depicts an individual who is determined to stay strong despite their weaknesses.

In fact, most of the album’s lyrics tell the story of a resolute and unyielding persona; cue “Empty Halls & Plaster Walls” and “Against the Waves.” The album’s lyrical composition complements its heavy and thumping music and is reminiscent of Foo Fighter’s Echoes, Silence, Patience & Grace.

That being said, the standout tracks on Rendering are “Against the Waves” and “The Law” for their progressively mellifluous sounds and all-encompassing lyrics.  The sounds, rhythms and lyrics of these two tracks highlight the album’s themes.

There is a thoughtful story being told on each track on Rendering. It would definitely have benefited from a longer track list as the album sounds incomplete or cut short and leaves the listener expecting more.

Visit plainasghosts.com for more information about the band and their debut album, Rendering.

The two types of bad drivers