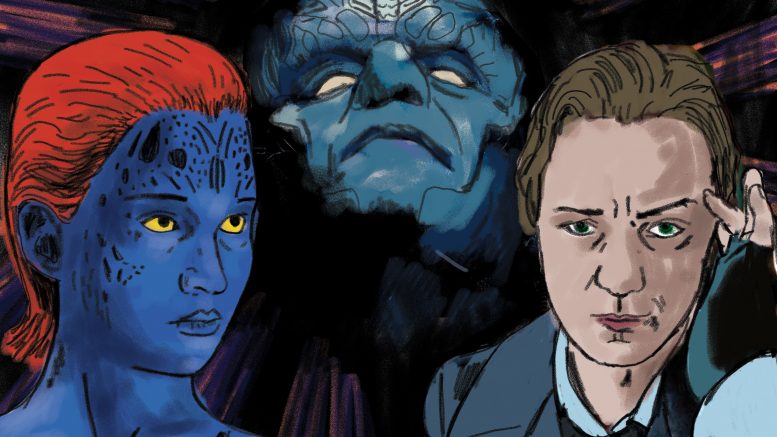 Halfway through one of the most exciting years for heroes in theatre, the ninth installment of the X-Men film series, X-Men: Apocalypse, made its debut. In its opening weekend, the much-anticipated springtime movie grossed only $65 million (roughly $80 million including the Memorial Day monday), and that was enough to set a precedent for the conversations, questions and reviews that have since followed.

20th Century Fox took the bold step of opening the movie up to reviews three weeks before the opening date. Critics jumped at the chance, and for the most part, the responses that ensued were mixed. As a result, the anticipation and hype surrounding the release turned into apprehension and doubt. This may have factored into the movie’s slow box office performance, but there is more.

Set in the 1980s, Apocalypse is the third movie in the X-Men reboot that began with 2011’s X-Men: First Class and the 2014 sequel X-Men: Days of Future Past. The movie features an ensemble cast, many of whom reprise their roles from the two previous movies. The ensemble was led by James McAvoy (professor Charles Xavier), Jennifer Lawrence (Raven/Mystique), Michael Fassbender (Erik Lehnsherr/Magneto), Oscar Isaac (En Sabah Nur/Apocalypse), Sophie Turner (Jean Grey), Evan Peters (Peter Maximoff/Quicksilver), and Rose Byrne (Moira Mactaggert), amongst others.

The story follows the reawakening of powerful mutant En Sabah Nur, portrayed by Isaac, who is convinced the Earth has begun to worship false idols. He wants to destroy civilization and rebuild it in his image. As a result, he recruits Alexandra Shipp’s Storm, Olivia Munn’s Psylocke, Ben Hardy’s Angel and Fassbender’s Magneto as his four horsemen, and kidnaps Xavier, forcing the X-Men to go against them.

Under the direction of series originator Bryan Singer, many of the cast members portray their characters brilliantly. McAvoy’s pacifist Xavier, Lawrence’s lion-hearted Mystique, Peters’s snappy Quicksilver and Turner’s misunderstood Jean Grey were some of the noteworthy depictions.

That being said, where Apocalypse won in performances it lost in creativity and character development.

The plot is redundant and predictable at best, mirroring a franchise that revels in destruction, chaos and unnecessary explosions – cue the tasteless CGI-enhanced wrecking of Auschwitz.
Across the movie’s 144 minutes, and from Ohio to East Africa to Poland, the audience are introduced to several characters who aren’t given satisfactory time to develop on-screen.

The audience is left to use their imagination to figure the backstories and relationships between characters. In all honesty, that serves as a welcome distraction to the mundane and uninspiring storyline being displayed on the screen. If you have ever watched any superhero film, you can probably tell how this one ends.

Simon Kinberg’s screenplay lacks new ideas and struggles to keep up with the pace of today’s superhero films such as Deadpool and Captain America: Civil War. For a movie franchise that tends to have a lot of good work done in front of the camera, there is so much more work to be done behind it.