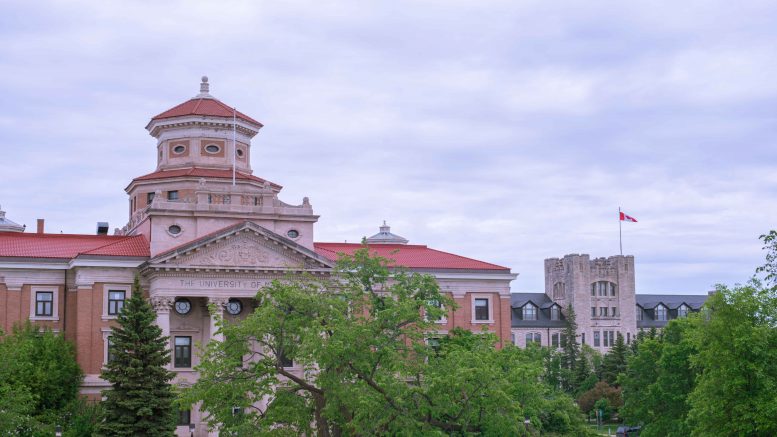 The University of Manitoba approved a third consecutive year of cuts to its operating budget in May, trimming nearly $11 million from expenses and drawing criticism from faculty and students.

Facing an operating baseline budget shortfall of slightly more than $11.2 million, the university’s board of governors approved a budget at its May 24 meeting that includes across the board departmental cuts of three per cent, representing $10.7 million. The remainder of the shortfall will be made up from salary turnover savings.

The total budget rounds out at $637.6 million and includes a 1.2 per cent inflationary increase to tuition and course-related expenses and a 2.5 per cent bump in the provincial operating grant.

John Danakas, the University of Manitoba’s executive director of public affairs, said the U of M is experiencing a budget crunch faced by universities nationwide as expenses grow quicker than revenues.

“Costs have been rising faster than increases in revenues and that created a need, across the country, for post-secondary institutions to have to cut their budgets in order to balance their budgets,” he said.

“The University of Manitoba is a public institution committed to being prudent with public funds and balancing its budget. In order to balance the budget, when you have increased costs, you need to make cuts.”

Danakas laid the blame for the increased expenses on salaries, and affiliated benefit costs, which will draw an additional $11.97 million over the 2016-17 year. Increasing program, library, and non-salary inflationary costs also contributed to the shortfall.

The budget also includes a $27.8 million one-time strategic investment into programs including undergraduate and graduate student support, undergraduate research awards, research activities involving the National Centre for Truth and Reconciliation, and a handful of other campus initiatives.

Canadian Federation of Students-Manitoba (CFS-MB) chairperson Michael Barkman questioned the university’s priorities in applying cuts to the operating budget while at the same time raising money for infrastructure projects, saying, “I think they’ve been focusing too much on capital projects and on infrastructure at the expense of education.”

In October 2015, the university kicked off its Front and Centre campaign, the first major philanthropic drive in more than a decade, with the goal of generating $500 million, a significant portion of which will support capital projects.

The campaign received its largest single philanthropic donation to date in May when the Rady Family Foundation gave $30 million toward the faculty of health sciences.

“I don’t necessarily believe that the cuts are inevitable,” said Barkman. “I think that budgets are about choices, and certain choices are being made to prioritize certain things at the expense of cutting budgets and putting the burden on faculties to deal with it.”

Read more: Michael Barkman on U of M budget cuts.

Danakas noted many of the recent U of M infrastructure projects – the construction of the Active Living Centre, which opened its doors in 2015, and upgrades and renovations to Taché Hall, which houses the faculty of music – were driven by demands from faculty, students and the community at large and accused Barkman of forwarding an argument driven from the national level of CFS.

“I think this pitting infrastructure versus academic activity, it’s a national narrative but does it apply to the University of Manitoba? It probably doesn’t,” he said. “Because […] the capital projects that have been developed emerged because faculty and students and staff and the community wanted them.”

Mark Hudson, president of the University of Manitoba Faculty Association (UMFA), took issue with the university’s claim staff salaries are the primary force driving the need for cuts, noting base salaries made up 25.5 per cent of the overall budget in 2007 but only 23 per cent by 2014.

“The University of Manitoba will actually enjoy a $68 million surplus of revenue over operating expenses, so we still don’t see any justification for three per cent cuts,” he said in an email. “UMFA is disappointed at yet another budget that fails to prioritize class size and course selection for students, while transferring money out of operating.”

“Far from driving the university into the poorhouse, academic staff salaries have been consistently falling as a share of the budget.”

Danakas called it misleading to characterize the operating budget as holding a $68 million surplus because it doesn’t account for certain expenses including debt repayment, capital allocations, and some scholarship and bursary payments.

Of the nearly $12 million in salary increases, UMFA accounts for more than half – or $6.2 million. Salaries for members of the Association of Employees Supporting Education Services take the next largest share at $2.2 million, followed by excluded management, administrative and professional staff at $1.2 million.

The university and UMFA are currently in negotiations for a long-term deal after the most recent contract expired March 31. $3.7 million in reserve funding was set aside in the budget for exchange rate fluctuations, provincial funding uncertainties beyond 2016-17, and ongoing labour negotiations.

Hudson noted the university did more toward sharing information of the budget planning process online this time around but said “when it came down to any substantive conversation across the campus about budget decisions – whether cuts are necessary, or how they might be made – there was none, as usual.”

“The final budget was dropped with little notice and no fanfare in front of the board of governors and passed with hardly a murmur.”

In anticipation of the current round of cuts, the faculty of arts prepared a report gauging the impact three previous rounds of cuts have had on the faculty and called the results sobering.

The 25-page report also notes more than 30 full-time, tenured faculty positions have been lost in the last two years as a result of an early retirement initiative and the overall reduction in the number of courses offered is near 10 per cent.

University of Manitoba Students’ Union (UMSU) president Tanjit Nagra, who was Arts Student Body Council (ASBC) president last year and contributed to the report, said while cuts have been felt most in smaller departments, even larger programs like political studies are suffering.

She said she had trouble finding upper-level courses available when she went to enrol for summer sessions.

Dara Hallock, UMSU’s vice-president advocacy, said this lack of selection and reduction in courses offered is forcing some students to extend their studies to enrol in required courses, which has a compounded negative impact on international students.

Both Hallock and Nagra cast votes against the cuts in their position on the board of governors.

Isaac Weldon, who took over as president of the ASBC in May, said he has seen the course offerings in his own history department shrink dramatically.

Given the recent change in provincial leadership to a Progressive Conservative government elected on a promise to reduce the provincial budget, he said it is vital Manitoba students to make known the impact further cuts to post-secondary will have on public education.

“Even more than just organizing within the faculty, I think it’s very important that we start organizing ourselves province-wide so that we’re not just worried about the problems that have [already] happened, that are affecting the university now, but making sure that we’re in a situation where we can prevent it from happening in the future.”

Update: The print version of this article didn’t include the above paragraph explaining the university budget’s $27.9 million one-time strategic investment in special programs. The online version has been updated to include this information.