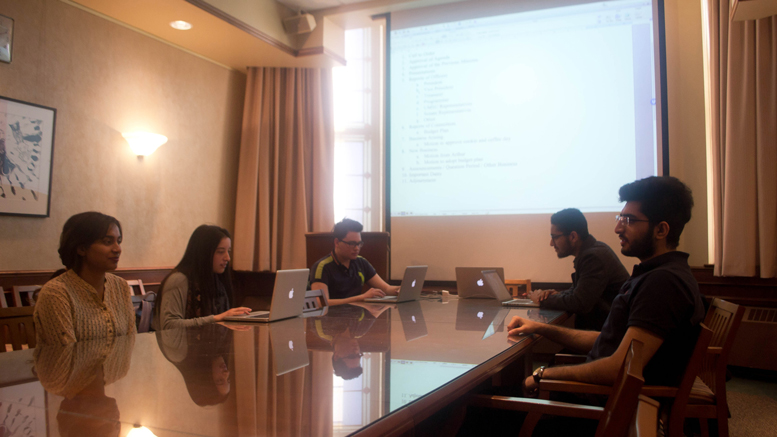 The University 1 Student Council (U1SC) is holding a byelection and referendum on whether to extend the U1SC executive terms until the end of April in a bid to match its fiscal year with the terms of its executive members.

Several weeks ago, UMSU finance committee resolved a dispute between the University of Manitoba Students’ Union (UMSU) and U1SC amicably.

The dispute emerged after new U1SC executives elected last November learned their predecessors had signed off on a controversial contract involving a $40,000 sponsorship of the Frosh Fest music festival. The sponsorship left the organization without any money to fund its operations and helped ensure that U1SC remained in debt with UMSU to the tune of $17,300.

Since the organization’s inception, the terms for executives and the fiscal year for U1SC have not been aligned. The U1SC fiscal year begins at the end of April and funds to run the organization are released in September. A new set of executives is ushered in via nominations in October and elections in December.

As such, the new executive is bound for much of their term by the financial decisions of their predecessors.

The referendum, which will be held from April 7 to April 8, will ask students to vote on the following question: “Do you agree to allow the current University 1 Student Council (U1SC) to extend their term in office until April 31, 2017?”

If students vote in favour of the question, the current U1SC executive will have its term extended in part so that it can make changes to the organization’s bylaws to hold all subsequent U1SC general elections in March. This would be consistent with the practice of UMSU and other student councils that hold elections to coincide with their respective fiscal years

Meanwhile, Darnell Walker, U1SC president, told the Manitoban that the byelection is coming up due to the vacant positions that they have at the moment.

“When our general elections happened back in November with nominations in October, there were actually not many people interested in coming out or seeking out nomination and so with that we ended up unfortunately having a lot of vacant positions on council,” Walker said.

Tanjit Nagra, UMSU president-elect and current Arts Student Body Council president, once served as the vice-president of U1SC and has highlighted some of the issues that can possibly crop up in the future if the referendum question gets affirmed at the polls.

Nagra said that extending the executive terms might take its toll on the executives and reduce their momentum, adding that with the elections moved from November to April, catching attention of new students may be difficult.

“When a term is very long, you generally tend to lose momentum,” she said. “I see the merit in having the elections around the same time as the arts one, as the science elections, because they all happened around March and April as well.

“But I think the one downside is that these University 1 students, a lot of them are [in their] first year and you are not really catching the new students that are coming in September that want to get involved. I think that is one downside of it.”

All About Asper: Student groups at the school of business