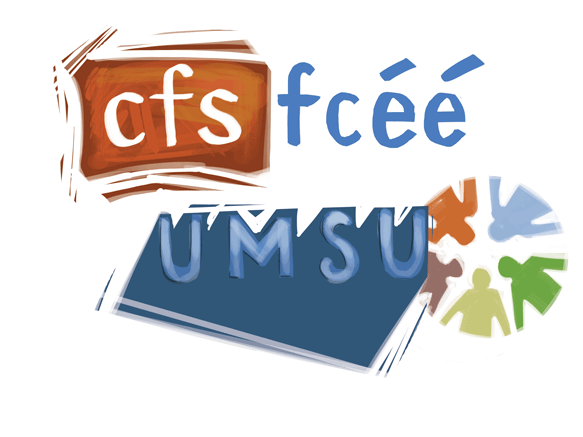 The University of Manitoba Students’ Union (UMSU) condemned the Manitoba chapter of the Canadian Federation of Students (CFS-MB) at its March 24 meeting, passing a motion criticizing the advocacy group for expressing political favouritism toward the provincial New Democrats.

Arts Student Body Council representative Darius Hunter, who proposed the motion, said recent comments from CFS-MB in support of NDP campaign proposals do not reflect the views of all UMSU members.

Hunter, who also works for the Progressive Conservative Party of Manitoba, told the Manitoban that criticizing the policies of one party while accepting those of another “is equivalent to endorsement.”

Barkman supported the proposal and told the Manitoban at the time, “It’s something that students have been asking for for a long time from all political parties.”

Hunter also took umbrage with the CFS speaking to media and making statements in favour of NDP policies on behalf of students, arguing such opinions are subjective.

Hunter further questioned the rationale behind the CFS’s decision to back the policies of the NDP and not the Liberals, who similarly proposed converting student loans into grants through a $10 million investment.

“Will the CFS still support the policies of the NDP if another party makes similar promises?” Hunter said in an interview.

Barkman told the Manitoban he was cautiously optimistic and supportive of the Liberal plan when it was announced in November.

Responding to the accusations of partisanship, Barkman said the student federation endorses and promotes policies and proposals but doesn’t back individual candidates or parties.

“What we do as a student union is support policies – and not parties – and inform our members of those policies,” he said.

Leading into the April 19 provincial election, each party’s post-secondary platform is posted on the CFS-MB webpage and the federation actively encourages students to cast ballots in both provincial and federal elections.

Barkman said that although the NDP and Liberal parties have each committed to expanding grants available to students, the New Democrats’ program goes further toward supporting returning and low-income students, which he argued opens post-secondary education to a wider population.

At a press event on the U of M campus March 28, the Progressive Conservatives promised to increase post-secondary scholarships and bursaries to $20 million by bumping the provincial investment into the program to $6.75 million and raising the remaining two-thirds through private investment.

PC leader Brian Pallister was introduced at the event by Hunter, who acknowledged he was an UMSU representative and went on to say, “We’re very excited to see what a Progressive Conservative government will bring to Manitoba and we do know, we are confident, that it’s a better plan for a better future in Manitoba.”

UMSU president Jeremiah Kopp said the decision to issue an official endorsement during an election campaign is an ongoing conversation within student unions but he added it would be acceptable provided the move carried the support of union membership.

“Each member can express personal support for a particular party, but when it comes to making that decision as an organization, there should be that agreement,” he said.

Although UMSU is keeping neutral through the current campaign, many of its executives have direct personal affiliations with the parties seeking to form government.

Union endorsement?
David Camfield, associate professor of labour studies and sociology at the U of M, said if a student union finds that the policies of a party resonate with their own priorities, it can offer its support, but he urged that endorsement should be developed through a democratic process.

“If student unions democratically decide that because of the policies that they support they should endorse a political party, then that’s legitimate,” he said, adding “If CFS-MB or UMSU chooses to take a position on calling for a vote for a political party, there’s nothing inappropriate about it, [it’s] just a question of the process.”

“If they believe that one party’s policies were much better for students than the other party’s, then they could say something about that,” he said.

“I think that there is no reason or principle why student unions should not take a position when it comes to elections.”

The malaise of student politics