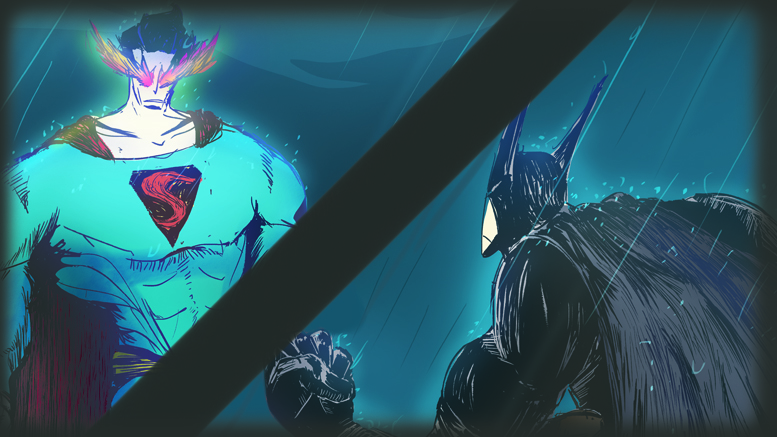 Blockbuster season has kicked off early this spring with the first instalment of a potential DC Comics cinematic universe: Batman v Superman: Dawn of Justice. With a reported mega-budget of US$250 million, the movie initially dominated the box office, having taken home over US$170 million domestically in its opening weekend – though reports now state the movie took a colossal dive of 70 per cent over the following week.

Despite an initially impressive opening, the movie has left critics and audiences split over the quality of the movie. This amount of division has been so far unseen in the comic book movie world. If I could give advice to anyone before watching this humongous spectacle, it would be this: manage your expectations.

Just as the title suggests, Batman v Superman’s main appeal comes from pitting two of the world’s biggest and most beloved superheroes against each other.

British actor Henry Cavill reprises his role from Man of Steel as Superman. Cavill’s depiction features Superman as a righteous and noble figure. Once again, Cavill does a fine job at portraying the Son of Krypton, however, not everyone believes Superman’s outward impression to be true; primarily, Batman.

Ben Affleck is the latest actor to step into the role of Batman/Bruce Wayne. Affleck takes over for Christian Bale, who played the caped crusader in Christopher Nolan’s fantastic trilogy. It’s tough shoes to fill, and although Affleck doesn’t fit the role as well as Bale, he does an adequate job. Affleck’s Batman is a grizzled veteran vigilante, having kept the streets of Gotham safe for 20 years. Those familiar with Batman’s “one rule” (he doesn’t kill) may be surprised when he doesn’t hesitate to gun down bad guys.

The film kicks off by revisiting the final events of Man of Steel, in which Superman and General Zod battle, wreaking incredible havoc and destruction on the city of Metropolis while doing so. This time, we see the events from the perspective of Bruce Wayne. He rushes through the streets, just in time to see the destruction of Wayne Tower and the death of many of his employees.

It is the events in Metropolis that put Bruce Wayne/Batman on a mission to stop Superman at any costs before any more damage can be done. It’s an appealing concept, showing the previously seen battle from a different perspective, and one that the film gets right. Unfortunately, the same cannot be said for many other portions of the movie.

To be fair, it is quite the task laid out for director Zack Snyder (300, Watchmen) and screenwriters Chris Terrio and David S. Goyer. Introducing a new Batman into the existing world of Superman while also setting up the upcoming Justice League film (set to hit theatres in 2017) is a lot to handle. The film attempts to juggle a lot, so naturally not every aspect succeeds – sadly, the plot is one of these aspects.

The script is scrappy, with Terrio and Goyer jumping from unexplained plot pieces and storylines, attempting to mimic the complex and dark films created by Nolan. Don’t kid yourselves, guys. Although the film often takes itself too seriously, eventually it meets the demands of the fans by succumbing to mind-numbing action and special effects.

Snyder, who doesn’t possess a single ounce of self-restraint in his being, lays it on thick with over-the-top battle sequences and violence. I found the titular fight between Batman and Superman to be a disappointment, but for the most part Snyder knows how to handle the action, often composing beautiful and well-choreographed shots.

Unfortunately, these moments do not make up for the many parts of the film that fail.  Beyond the action and visual effects, Batman v Superman does not offer a lot, leaving fans and critics alike disgruntled. Although it’s unlikely Snyder will be pulled from the project this late in the game, he has a lot work to do if he hopes to win back audiences after this disappointing venture.