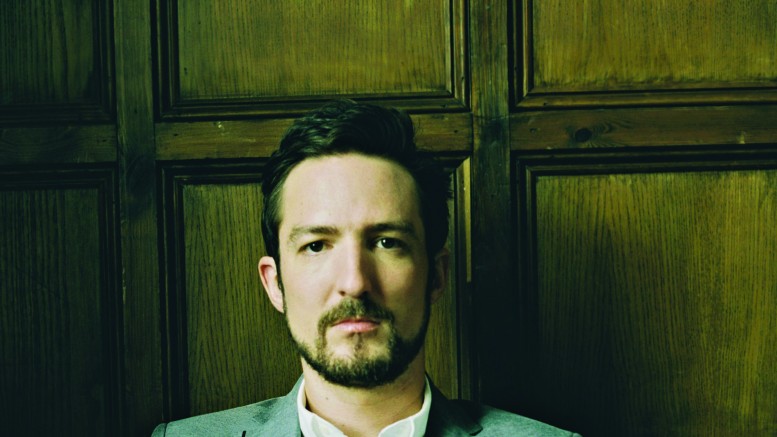 “I’ve been calling this my proper Canadian tour,” Turner told the Manitoban.

“The whole vibe this time around was not to have the Canadian dates be a pit stop from the American tour – to actually come and just play Canada.”

As usual, Turner will perform with his loyal backing band, the Sleeping Souls. As opposed to the many contemporary soloists that employ session or touring musicians, Turner’s backing band has held the same lineup since its formation in 2006, with the addition of keyboardist Matt Nasir in 2008 as the only significant change.

“I’ve always felt like there are two approaches to being a singer-songwriter with a band,” said Turner.

The way Turner tells it, there was never any doubt about his preference for the latter.

“I think that you can achieve a kind of coherence in music that you only get by playing together for a long time that a lot of the best bands have. If you’re constantly changing the people you play with, then you don’t get that.”

Turner and his band are currently touring in support of Positive Songs for Negative People – Turner’s sixth album, which was released back in Aug. 2015.

Positive Songs for Negative People is a typical release for Turner in that he manages to lend equal time to both recklessly-executed, aggressively-cheerful rock anthems and more pensive, melancholy ballads that typically feature naught but Turner’s voice and finger-picked acoustic guitar.

Standout tracks like “Demons” and “Get Better” encapsulate the former approach, with the wild acoustic strumming and angelic piano arpeggios that have become signatures of Turner’s work firmly in place.

The soft, tentative opener “The Angel Islington” and the heartbreaking ode “Song for Josh” (both performed by Turner sans band) are the best representations of the latter batch of songs – and subsequently prove that Turner can command just as much attention with a croon as he can with his usual full-bodied yell.

Overall, Positive Songs for Negative People is Frank Turner as his fans know and love him. Compared to Turner’s past releases such as Poetry of the Deed and Tape Deck Heart, however, Positive Songs showcases a much less varied, more simplistic, and streamlined approach than any of Turner’s prior records.

It sounds like a critique, but the unwavering quality of Turner’s new album from song to song is evidence enough that this isn’t a bad thing. In fact, according to Turner himself, it was entirely deliberate.

“The methodology for Positive Songs was actually to pretty much take the record live. We made the album in nine days […] it was a very old-fashioned approach to recording,” Turner explained.

“Part of the reason for doing that was I wanted to capture what we do live on an album. I think that we’ve become a much better band over time. If you listen now to the way we play live, some songs that we recorded in 2008 or whatever, they’re completely different beasts in the live arena. So all that layering and instrumentation is, to me, a reflection of what we’ve achieved as a live band, which I’m very proud of.”

Another defining aspect of Turner’s past albums has always been the lyricism therein. Turner’s literary, pointed, occasionally tongue-in-cheek, and often profanity-laden lyrics set him far apart from the ultra-safe Jack Johnsons and Jason Mrazs’ of the singer-songwriter world.

“I try to do things differently every time I make a record. I’m not interested in repeating myself, and I think it’s my duty as an artist to try and evolve and change,” Turner informed the Manitoban.

“The preceding album Tape Deck Heart was a record we spent forever in the studio on, and it was a very intensely personal record […] and for the first time, properly being aware that lots and lots of people are going to hear it. Within that context, I thought it would be interesting and kind of counterintuitive to internalize rather than externalize.”

Now, Positive Songs has Turner trading in some of his more personal content for broader, positive maxims, such as “at this truth, we have arrived – goddamn, it’s great to be alive” and “open the shutters, raise up the mast, rejoice, rebuild, the storm has passed.”

According to Turner, this was done with the intent of making Positive Songs a more “direct” release than the one that preceded it, with a vibe Turner hopes is akin to a “slap in the face.”

If Winnipeg loves Frank Turner, then the feeling is mutual. Turner’s earnest appreciation was infectious as he told the Manitoban about a few of his favourite local acts.

“I have an eternal and arguably quite boring obsession with the Weakerthans,” Turner explained.

“I wandered across them as a teenage Propagandhi fan. I got Left & Leaving because it was the guy from Propagandhi’s record, and then I never really looked back […] I was fortunate enough to make friends with [Weakerthans lead vocalist/guitarist] John over the years, and it’s become a bit of a thing now that I cover a Weakerthans song every time we’re in Winnipeg, and I try to do a different one every time.”

Frank Turner & the Sleeping Souls will be joined by special guests Northcote and Mo Kenney. Tickets are $27.50 in advance, and are available online via www.ticketfly.com and www.unionevents.com, or in person at Music Trader.